Under pressure: coal-fired power plants feel the heat from renewables

admin 3 days ago Environment Comments Off on Under pressure: coal-fired power plants feel the heat from renewables 5 Views 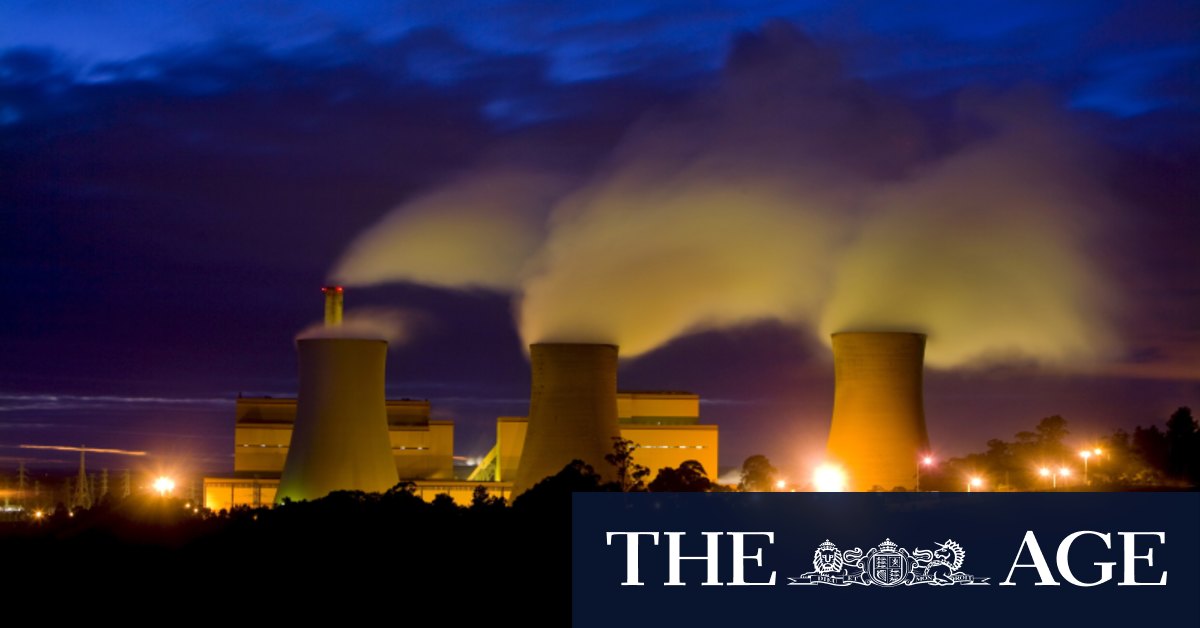 AGL, which owns Loy Yang A and its adjacent coal mine, shocked the markets this month with a $2.7 billion write-down, blamed in part on falling wholesale electricity prices.

“On the supply side, they’re being squeezed out by the growth in renewable capacity and output.

“Demand is declining as people put solar … on their roofs and larger end users get smarter in the way they consume or perform energy efficiency projects.”

Ms Zembrodt also said the carbon intensity of the brown coal used by the Latrobe Valley stations, which are responsible for 40 per cent of Victoria’s emissions, would become increasingly problematic.

Victoria University energy expert Bruce Mountain told The Age that recent events showed brown coal generation was in trouble and the challenge for the state government was to ensure enough alternative power sources were available to replace the enormous capacity of the three Latrobe Valley stations.

“On brown coal closure, the odds are shortening on it happening sooner rather than later,” Professor Mountain said.

“State governments need to get their skates on.

“It’s not panic stations, but the thrust of government policy must be to bring in alternative sources quickly.”

Victoria’s Environment Minister Lily D’Ambrosio last week launched the latest phase in the state’s $540 million effort to reboot its electricity grid. The system was originally designed around large-scale coal stations and has struggled to accommodate all the renewables projects waiting to connect.

“When we’re done, Victoria’s renewable energy zones will be home to 16 gigawatts of capacity – the equivalent of putting solar on every roof in Victoria,” Ms D’Ambrosio said.

“As our ageing coal-fired generators reach the end of their service lives, our long-term climate and energy targets provide the market with much-needed certainty to enable a well-planned transition to clean energy.”

Alinta chief executive Jeff Dimery said the company’s Loy Yang B plant was the youngest and most efficient brown coal power station in the Latrobe Valley and there were no plans to change its official 2037 closure date.

“While our plans haven’t changed, the operating environment has, and will continue to change, as we move towards a lower-carbon future,” Mr Dimery said.

“If the situation changes and we have any concerns about our ability to keep the station running, we’ll be up front about it.”

An AGL spokesperson said the write-down had not altered its plans to close Loy Yang A in 2048. An EnergyAustralia spokesman said the company had promised at least five years’ notice of any closure of its Yallourn plant and that it would keep its word.

Noel Towell is Economics Editor for The Age

Previous ASX set for positive open despite Wall Street slide; $A hits US79c
Next No, the Tasmanian tiger has not been rediscovered