Zoos Victoria cleans up the board 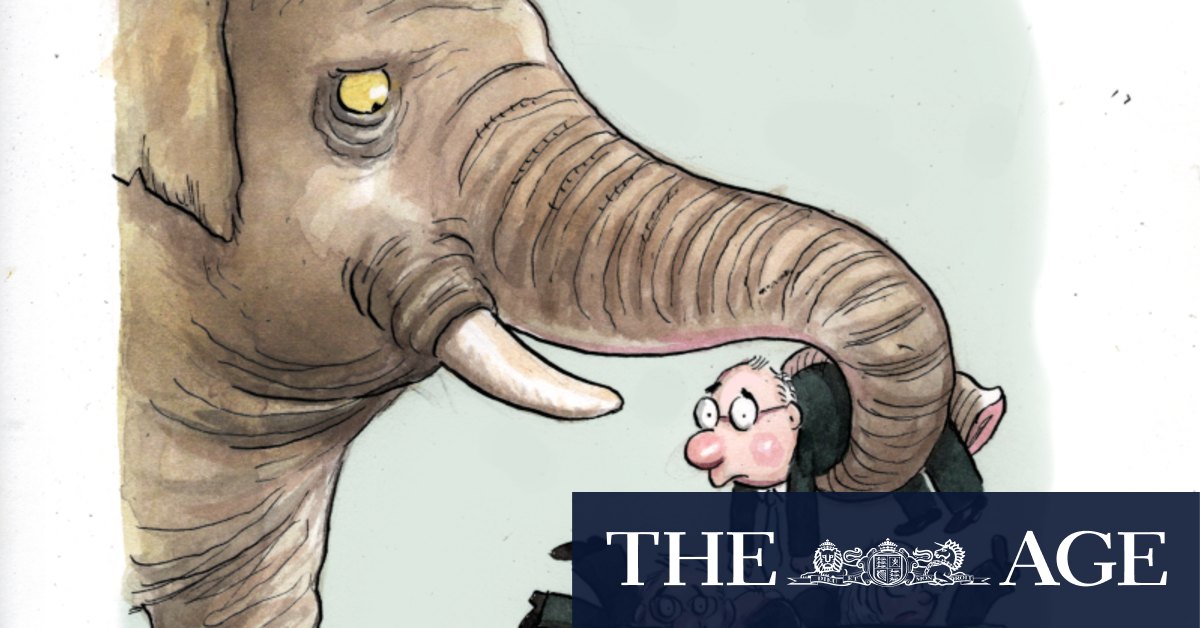 The reason? Governance rules. Zoos Victoria says its board members’ terms all expire at the same time every three years and “often current board members reapply”.

Given Melbourne’s professional board networks are being sounded out about suitable candidates, it suggests that some current board members won’t be reappointed.

As qualified as the board undoubtedly is, it is also very white. The government is encouraging applications from “women, Aboriginal and/or Torres Strait Islander peoples, people with a disability, young people, people from culturally and linguistically diverse backgrounds and lesbian, gay, bisexual, trans, gender diverse and intersex people”.

It seems Environment minister Lily D’Ambrosio is not happy with Zoos Victoria’s weird governance set up.

″In the future, board appointments will be staggered to ensure only half of the positions become vacant at any one time,” a government spokeswoman said. The minister has asked for expressions of interest by midnight Friday. So get cracking.

The Pier to Perignon swim race started in 1989 when Ted Baillieu (later to become premier) and mate and fellow architect Robbie Robertson, swam the four-kilometre turbulent waters between the Sorrento Pier and the Portsea Pier. The winner collected a bottle of vintage Dom Perignon champagne.

Thirty-three years on and the event has expanded to 920 swimmers but it is still very Portsea.

On Sunday the two founders once again competed in their three-decades-long swimming duel, with Ballieu taking line honours over Robertson with a time of 51:36.

For the first time, the event was split into two swim sessions rather than an all-in. COVID, you see.

Among the women, Celia Burrell (owner of the famed El Questro resort in the Kimberley) came 99th, with a time of 47:52. No doubt a welcome distraction from the legal proceedings she launched against her mother Janice Shelmerdine concerning the family compound overlooking Portsea’s Shelly Beach. Just before Christmas a Supreme Court judge granted Burrell use of the grand house’s kitchen during the summer holiday season – but not an adjoining toilet. That court order ends on Friday.

In a result that will gladden the hearts of middle-aged men everywhere, Damien Honan, the executive chairman of the global Honan insurance broking group, came 177th in the men’s group, with a time of 42:20. He managed to triumph against his son Will, who left the family firm three years ago to join Deloitte Private. He clocked a time of 47:28 and came 347th among the men.

Ant Deague, the youngest son of Art Series Hotel Group founder David Deague, proved a human torpedo, coming 19th in the men with a scorching time of 37:06, while Don Casboult, chair of Moonee Valley Racing Club, was no slouch, with a time of 46:04, a men’s position of 287th.

Bryan Dorman, founder and director of health company Regis Group, took time out from leading the search for Eddie McGuire’s replacement as Collingwood president of Collingwood, where he heads the board nominations committee. He swam in at 54:00 and 495th among the men.

Congratulations to HarperCollins which has landed a $112,000 contract to compile a book for the Department of Prime Minister and Cabinet. The National Bushfire Recovery Agency, which is run from PMC, has contracted the publisher to produce a book that tells the stories of communities affected by the 2019-20 summer bushfires. And here we were thinking the ABC had already done that with its book Black Summer: Stories of loss, courage and community from the 2019-2020 bushfires, edited by ABC News Breakfast presenter Michael Rowland. That book was published by, yes, HarperCollins.

We should point out that HarperCollins is owned by Rupert Murdoch’s News Corporation, whose newspapers’ coverage of Black Summer was the subject of considerable controversy. The company’s own commercial finance manager Emily Townsend wrote in a stinging all-staff email that the company’s papers, which include the Herald Sun and The Australian, had waged a “misinformation campaign” to divert attention away from “the real issue of climate change” to instead focus on arson.

It turned out that Townsend had already resigned a month before she wrote her blistering dispatch to executive chairman Michael Miller. So, maybe she’s free to edit HarperCollins’ new book.

If the NBRA description is anything to go by, it should be an inspiring read. “It will be a dedication to the people who survived and sadly those who didn’t and testament to the resilient Australian spirit which saw communities coming together to support and help each other,” a spokesman said.

HarperCollins will provide the NBRA with 5000 copies (that’s already a best-seller in Aussie publishing terms) to give for free to bushfire communities for local schools, libraries and community organisations.

Previous ‘Increased risk’: Linda Reynolds warns of rapid military build-up in the Pacific
Next Our pollies are woefully unimaginative, but Ross Garnaut has a new plan for lifting Australia above mediocrity