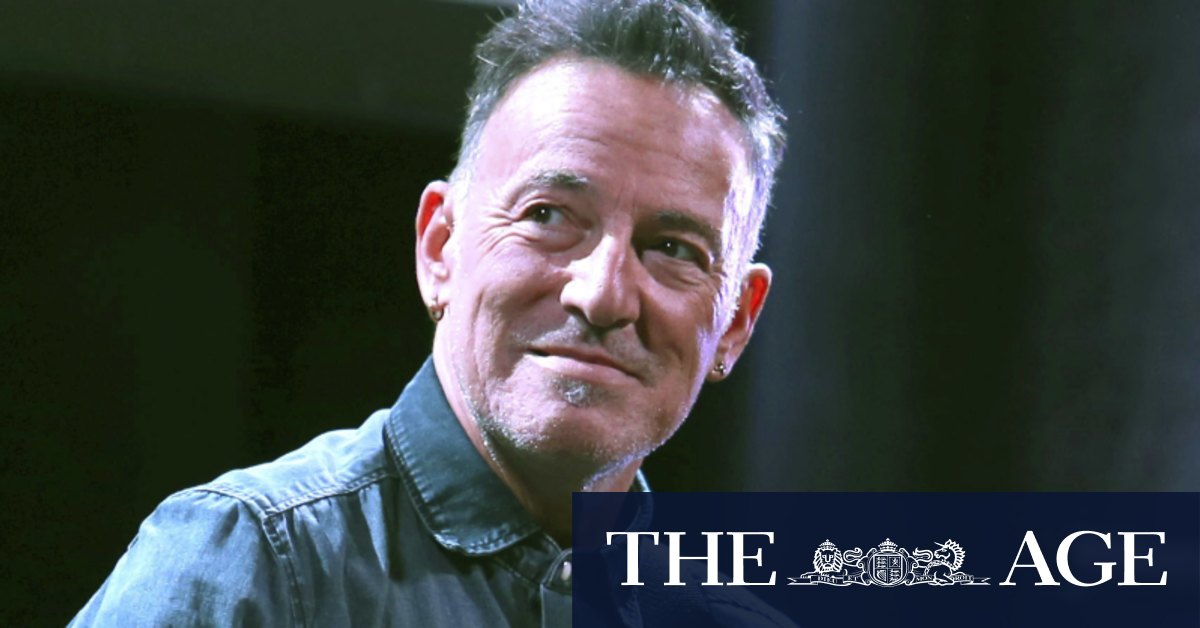 US Magistrate Anthony Mautone fined Springsteen $US500 ($630) for the offence, plus $US40 in court fees.

“I think I can pay that immediately, your honour,” Springsteen told Mautone.

In an emailed statement, Ansell wrote that Springsteen “is pleased with the outcome” of the court hearing.

According to a probable cause document written by park police, Springsteen told a park officer he had done two shots in the previous 20 minutes but wouldn’t take a preliminary breath test before he was arrested. Mautone said on Wednesday that the preliminary test is not required, and is not admissible in court.

When Springsteen took a breath test at the park’s ranger station, his blood-alcohol came back .02, a quarter of the legal limit in New Jersey.

The officer wrote in the statement of probable cause that he saw Springsteen take a shot of tequila and then get on his motorcycle. The officer wrote that the rocker “smelt strongly of alcohol” on November 14 and “had glassy eyes” and that there was a bottle of Patron tequila that was “completely empty”.

The report described Springsteen as “visibly swaying back and forth” during a field sobriety test and said he declined to provide a sample on an initial breath test.

After news of the arrest, Jeep put on pause an ad that ran during the Super Bowl featuring Springsteen in Kansas urging people to find common ground. In a statement, Jeep said it would pause the commercial “until the actual facts can be established”.

Springsteen had performed on January 20 as part of President Joe Biden’s inauguration, singing Land of Hope and Dreams in front of the Lincoln Memorial.

Previous US man accused of triple murder confessed to cooking neighbour’s heart with potatoes, police say
Next Beyond the carrot and gun, the government has a new wildlife plan