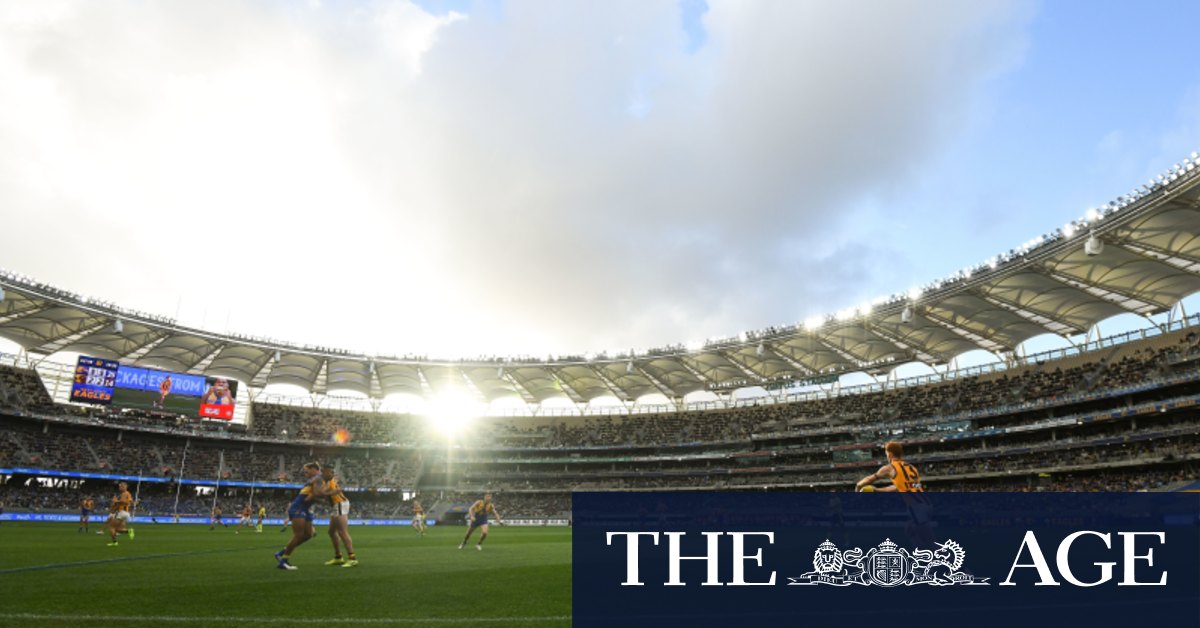 Three non-Victorian clubs are fixtured to play at Optus Stadium in the first three rounds of the regular season but it was Fremantle’s round one fixture against Melbourne at Marvel Stadium that could force Dockers players into two-week isolation upon their return to Perth and, subsequently, affect the opening stanza of the 2021 season.

“If it tracks the way it’s going, then we’re heading in the right direction,” Mr Dawson said.

The challenge will be Fremantle coming to Victoria to play Melbourne.

“It would be a week or two before the season starts proper, that we might know [how to address quarantine regulations].

Travis Auld, the AFL’s executive general manager of clubs, admitted the fixture could be in a state of flux after round one.

He said with Fremantle travelling to play Melbourne at the MCG on Saturday March 20 and West Coast due in Victoria the following week for its round two clash with the Bulldogs at Marvel Stadium, changes could be needed should current WA government restrictions remain in place.

“The challenge will be Fremantle coming to Victoria to play Melbourne for example,” he said.

“We’ll explore every opportunity; it is what we did last year. Start the season and where we encounter speed bumps find a way around those.”

Currently, people entering WA from Victoria must self-quarantine for two weeks, as Victoria is categorised as a “low risk” state, having fewer than five community cases per day on a 14-day rolling average.

All other states and territories are categorised by WA as “very low risk” – no community cases in at least 28 days – and travellers are not required to quarantine.

WA Chief Health Officer Andy Robertson said he was not too concerned about recent cases linked to the Holiday Inn cluster in Victoria as the cases occurred in hotel quarantine.

“Hopefully teams will be able to travel in and out,” he said on Friday.

WA is yet to announce whether its 28 days no community spread rule will be relaxed to allow travel into WA from states with minor, controlled outbreaks.

The AFL has released venue details for the first six rounds only of the 2021 season as it plays a cautionary game, with the possibility of further COVID-19 outbreaks and restrictions in mind.

The league said today crowds would be capped at 50 per cent at the MCG and Marvel Stadium for round one.

West Coast chief executive Trevor Nisbett said the 2018 premiers were hopeful Optus Stadium’s current capped capacity of 35,500 would be increased before their opening-season clash with Gold Coast on Sunday March 21, while Fremantle football operations boss Peter Bell was confident most Dockers members would get a seat to their first home game of the season against GWS a week later if it went ahead as anticipated.

An Optus Stadium spokesperson told WAtoday on Friday crowd capacity at the 60,000-seat venue would be capped at 35,500.

“That figure is in line with guidelines set by the government,” a spokesperson said.

Mr Nisbett remained optimistic crowd numbers would be increased before round one.

“Hopefully the state government will see their way clear to open up all venues, so that we can have 100 per cent,” he told Radio 6PR.

“If it’s less than that, hopefully it won’t be much less than that. There are certainly discussions with the Chief Health Officer about whether that can be increased, whether that’s from the start of the year or whether it’s from certain periods of the year depending on what’s happening in all states with all teams that are travelling to Perth.”

Three clubs from Victoria and one each from South Australia, Queensland and New South Wales will travel to Western Australia to play during the first six rounds, with current quarantine requirements to remain in place unless there are further outbreaks or cases of community transition in the respective states.

The AFL has been contacted in regards to the testing and protocols of players and staff in Perth.

Mr Nisbett said at this stage seat allocation for West Coast members would operate as per last year. Members who want a ticket would get priority for a seat on a “first in, best dressed” basis until capacity is filled.

“People will have to be ticketed and if they can’t do it online they’ll have to ring in,” Mr Nisbett said.

Fremantle was hopeful seated members would be able to attend all 11 home games at Optus Stadium should the pandemic stay controlled across Australia.

Mr Bell said the club was confident it would be able to cater for all seated members, who would likely be spread across the 60,000-seat venue to ensure fixtures met social distancing guidelines.

“If there is a little bit of shuffling you’ll be put into a seat or an area as close to what you’re accustomed to,” he told Radio 6PR.