Breaking News
Home / Federal Politics / Frydenberg, a fixer with his eye on greatness

Frydenberg, a fixer with his eye on greatness

admin February 26, 2021 Federal Politics Comments Off on Frydenberg, a fixer with his eye on greatness 13 Views 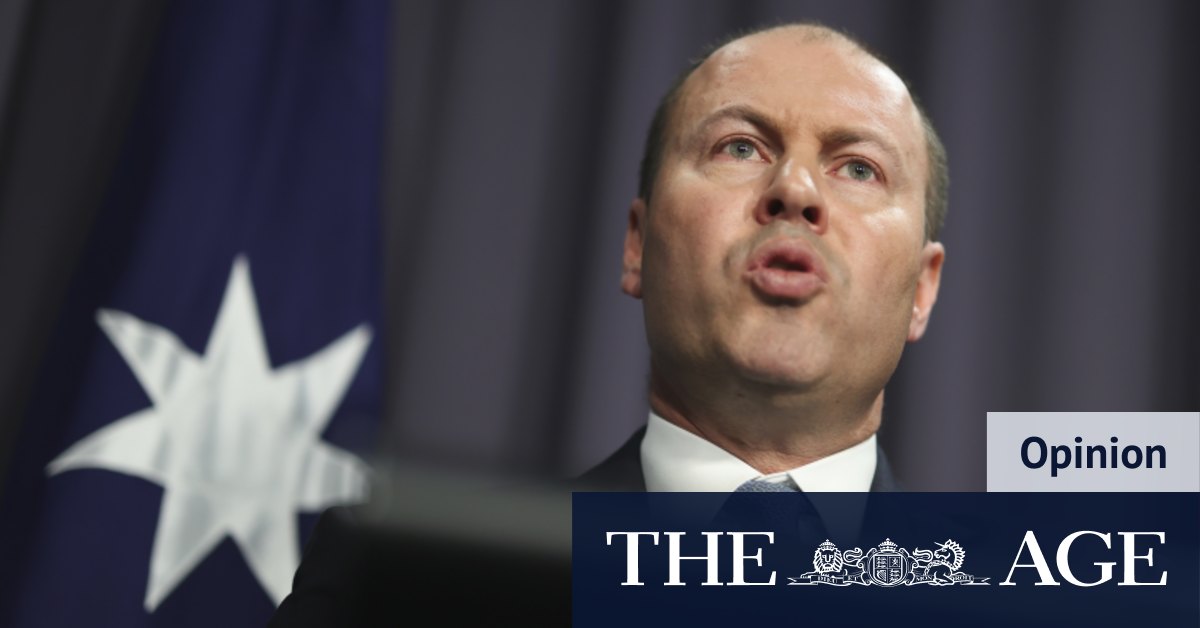 Frydenberg showed them one of the ways to do it. Both companies had threatened to cut off some of their services to Australia; Facebook actually did so. Their tactics rebounded savagely.

“Facebook’s reputation has been damaged,” the London Financial Times’ influential Lex column remarked. “This highlights the hubris of a big business taking on a powerful democratic nation head-on.”

It was like sumo. The best sumo champions use the bulk of their lumbering opponents against them. With an adroit sidestep and quick flick of the wrist, the champ sends his giant rival sprawling out of the ring and into the audience.

Frydenberg triumphantly messaged colleagues a copy of the editorial from the New York Post headlined: “Aussies 1, Facebook 0”. The piece quoted a line of Frydenberg’s: “There’s no doubt that Australia has been a proxy battle for the world.” The messaging service he used, however, was WhatsApp, owned by Facebook, inadvertently demonstrating the company’s ubiquity.

The chair of a vitally important US congressional committee, the Democrats’ David Cicilline, said: “Threatening to bring an entire country to its knees to agree to Facebook’s terms is the ultimate admission of monopoly power.” What does Cicilline’s committee do? It oversees US anti-monopoly law; the Democrats are itching to curb the monopoly power of the Big Tech firms in their respective specialisations.

The whole point of the Australian regulatory effort is based on a finding by the Australian Competition and Consumer Commission that the US tech firms wield monopoly power, and that this power needs to be redressed by government action. The ACCC is part of the Treasurer’s portfolio, so that makes the digital media code Frydenberg’s.

The net result is that by Friday the code had passed Australia’s Parliament and become law; Facebook had switched its news flows to and from Australia back on; and hundreds of millions of dollars a year should start flowing from Google and Facebook into Australian media businesses, assuming they proceed to conclude the deals that are now signed or under contemplation.

“This action — this bully-boy action — that [Facebook has] undertaken in Australia will, I think, ignite a desire to go further amongst legislators around the world,” said the chair of the digital policy committee in the British Parliament, Julian Knight. He called it “one of the most idiotic but also deeply disturbing corporate moves of our lifetimes”.

The US, Canada, Britain, Germany, Spain, France and the European Union are among the governments that will now take account of the Australian outcome in setting their own rules.

In getting to this outcome, the Treasurer demonstrated four characteristics of Frydenberg’s typical approach. First, he worked hard. No one questions his appetite for work.

Second, he negotiated shrewdly. In the end, he did concede points of detail to Facebook’s Mark Zuckerberg, while keeping all the key features of the digital media code intact, as the ACCC’s Rod Sims attested. Third, he made sure to promote his achievement widely. There is no sin here; this is politics.

Fourth, he didn’t invent the policy. It was the work of others. When Scott Morrison was treasurer, he initiated the ACCC inquiry that led ultimately to the code. Frydenberg was handed the brief, and he ran hard and successfully to prosecute it.

Likewise, his first big piece of policy and political accomplishment was a brief handed to him by his then leader, Malcolm Turnbull. As energy minister, Frydenberg took charge of the process that led to the national energy guarantee, a serious effort to salvage a functional energy and emissions policy from the wreckage of the Liberals’ leadership strife.

It took great skill to negotiate the deal through a riven Liberal party room, and Frydenberg did it. It wasn’t his fault that Tony Abbott decided to destroy it in the process of a new act of Liberal leadership wrecking to bring Turnbull’s prime ministership to an end.

And when the pandemic struck last year, the big policy responses were drafted by the Treasury. That’s not unusual – indeed, that’s the way policy is supposed to work. Australia was a bit slow to act; other nations including New Zealand and Britain announced wages subsidies sooner.

But Frydenberg ultimately did act boldly. The Treasury gave him a choice of three sums for the fortnightly wage subsidy: $1000, $1200 or $1500. He chose the biggest. It was an emergency, he said. Time to break the glass.

The health responses were the indispensable front-rank defences against COVID-19. The economic response was the essential second rank. The Morrison government, with Frydenberg as its chief economic officer and with the energetic support of the Reserve Bank, can take credit for a successful national economic response to the pandemic.

Some $240 billion in federal stimulus, buttressed by bank mortgage repayment freezes and more than $30 billion in early access to superannuation savings, did the trick. The inevitable recession was shallow and short and among the best emergency responses in the world.

Other big problems confront Frydenberg. Next week we’ll see the report of the royal commission into aged care. The commission will demonstrate that the system is broken; it will present Frydenberg with a very big bill to fix it.

In the next few months he will have to decide whether to proceed with the scheduled increase in the superannuation guarantee levy from 9.5 to 10 per cent. It’s already set in law. The increase is overwhelmingly popular with the people. But Frydenberg faces a hyperactive reactionary movement on his own backbench, determined to kill the rise.

This will test Frydenberg. Should he please the electorate or appease his more feral colleagues? We saw his inclination this week with his decision on the new level of the dole – he announced that the daily base rate would increase from the pre-pandemic $40 a day to about $44. This is a level that will continue to consign many unemployed to poverty. The electorate was ready to accept a slightly less penurious level; even some of the more conservative elements of the system, including John Howard and the Reserve Bank, favoured something more liveable.

But Frydenberg was guided decisively by the messages he was receiving from Coalition colleagues. One after another lined up to tell him tales of jobs going unfilled in their electorates. JobSeeker was obviously too generous already.

Frydenberg decided to side with the Liberal backbench. After all, it’s important for an aspiring prime minister to cultivate the support of his caucus colleagues.

Frydenberg makes no secret of his intention to be leader of the post-Morrison Liberal Party. On the current line-up, the contest would likely pit the centrist Frydenberg against the conservative Peter Dutton. Remember the Minister for Home Affairs? He’s still standing and with every intention of contesting the next election.

Yes, Morrison defeated him for the leadership. But recall that it was a pretty close call with Morrion’s 45 to Dutton’s 40. And once a senior politician has seen the vision splendid of his own ascension so close at hand, it doesn’t easily evaporate. Of course, Morrison enjoys his job and is going nowhere. But a prime ministership can be a fickle thing, as the last decade demonstrated.

Frydenberg is still relatively fresh in the job and, at 49, he has a great deal of time and energy yet. Will he be a great reformer, a Keating or Costello, whose boldness continued to deliver good economic outcomes for decades? Or a Wayne Swan, who spent big sums to get Australia through the global financial crisis but proved unable to rein in the spending when the crisis had passed?

Frydenberg’s form to date is essentially transactional. But it’s too early to judge his treasurership. We do know that his eyes are fixed on greatness.

Previous Good Weekend Superquiz and Saturday Target Time, February 27
Next What a warming Australia can learn from a frozen Texas