Three changes for Morrison to fix a broken system 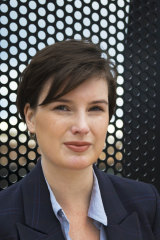 Potter lost her love for the building and her job, quit the ranks of political staff and changed career.

Prime Minister Scott Morrison does not need to look far to see what needs changing in politics and Parliament House. It is there in Potter’s story: the flaws in the culture of the place and the weakness in the systems that should offer redress. But it is not news: Potter spoke out in July 2019 because she was so frustrated that nothing seemed to change.

And then nothing changed again.

Now, with the alleged rape of Brittany Higgins horrifying the community and dominating Parliament, the pressure to act is impossible to withstand. But act how? What happens next is fundamental to the most basic objective for Potter, Higgins and others: stop it happening again.

“The worst thing is just to get someone in to write a report – forget that,” says Catharine Lumby, Professor of Media at the University of Sydney and a long-time gender adviser to the NRL on the treatment of women and sexual abuse.

“You know, the evidence is in. The way that you change cultures is you find out what’s wrong, and you write a report, for sure. And then you implement education programs. And those programs have got to be evidence-based, ethics-based. They are not tick-the-box.

“They’re not about telling people do’s and don’ts. They’re not shaming and blaming people.

“They’re about getting people to really sit through and look at scenarios and say: ‘how would I do this differently?’ and ‘what does that feel like for someone else?’”

In other words, they are about retraining the Parliament.

One immediate step is clear. Morrison promises an independent review to be set up by Finance Minister Simon Birmingham as soon as the week ahead but possibly the following week. Birmingham has consulted Labor, the Greens, independents and others about what the review needs to do. His office has spoken to women who have warned of bullying, harassment and worse.

The leading candidate to run the review is Kate Jenkins, who has been the Commonwealth’s Sex Discrimination Commissioner for five years, but Morrison and Birmingham have not yet made this decision. The terms of reference have not been set but the scope will be broad.

The review cannot be only about those who work in Parliament House. It has to include electorate officers, a point made clear by reports about harassment in the office of former Liberal MP Craig Kelly in south-western Sydney. It has to cover the behaviour of people who are constantly mixing with people around the country – travelling together, for instance.

But the review is a mechanism, not an outcome. It is a crowbar to lift the lid on a dark pit in federal politics. Cleaning out that pit is the job of the country’s political leaders.

“This review should really be as wide-ranging as possible,” says Kim Rubenstein, a professor at the University of Canberra and co-director of the 50/50 by 2030 Foundation, a gender equality initiative.

“You could see some regulation from it, and obviously better human resources frameworks, but those things to me are straightforward. If we only leave it at that then we’re only dealing with the tip of the iceberg rather than with more fundamental issues.”

Many Australians are used to a workplace where the human resources department has a clear pathway for complaints and a regular cycle of training. That is because employers are changing. Company chiefs are being sacked for harassment or abuse, and others are responding to make sure it does not happen to them.

But that is not the way Parliament works. There is no induction for political staff. There is not even one for ministers – except, perhaps, a dry policy brief from the department. The building is populated by people chosen for their personal and political loyalty – whether in government, opposition or on the crossbench. 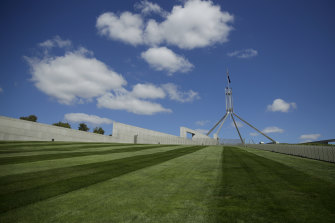 The number of ministerial advisers has swollen under both sides of politics from 155 in 1972 to 449 in 2019. This is a growing layer of government staff who live outside the usual rules of the public service.Credit:Alex Ellinghausen

The advisers who walk the blue carpet – the colour chosen for the ministerial wing of the building – may get an occasional email about personal conduct, but not much more. And there are more of them than ever. The number of ministerial advisers has swollen under both sides of politics from 155 in 1972 to 449 in 2019. This is a growing layer of government staff who live outside the usual rules of the public service.

The staffer ranks include the ministerial advisers as well as others who work for any MP or Senator, whether they side with Labor or Liberal, Nationals or Greens. These workers are hired under the Members of Parliament (Staff) Act, which makes them “MOPS” staff. They do not have the protections offered to public servants in federal departments and agencies. They are hired and fired at the whim of the politician, whether he or she is a backbencher or minister.

The MOPS system has been failing for years. Those who work in it admit it. Right now, someone who experiences sexual assault in a ministerial office has no independent avenue for complaint inside Parliament House. The complaint would go through the Department of Finance and end up on the minister’s desk. In the end, the decision-maker is the politician in charge of the office.

“This is an issue that every workplace deals with, and we have to make workplaces safe,” he told journalists one week ago. “I have no doubt it occurs in the media, in media workplaces, offices in law professions or whatever it might be.” Yes, it does. But even media companies have independent HR units for their staff. So do law firms. The MOPS workers do not have this protection.

“It’s a culture of people who are put together in a very stressful, unusual situation with very little support around them,” she says. “It’s an environment where predators can easily gain power over other people. And it’s a place that is very much a boys’ club. It’s very much a culture where you don’t talk about the guy who hit on you at Public [a bar in Canberra] or you don’t talk about the MP who made you feel a little uncomfortable.”

If you talk about it, she says, your colleagues will assume you can’t handle the work. “And that’s really sad, because we’re losing a lot of good women off the back of it.”

Changing that culture is not something that can be done by law alone, although an independent complaints process could bring real accountability.

Lumby says all sides of politics will have to “embed” change into the culture. She uses the analogy of teaching kindergarten children the basic rules of consent when borrowing toys – not an outlandish comparison given the way so many advisers go directly from school to university and Parliament House.

“What needs to happen is ongoing embedment of what it means to people to communicate and treat people with respect in the workplace and kindness and decency,” she says. That includes rules on consent.

Rubenstein thinks the political workplace needs to confront wider questions such as the barriers to diversity in Parliament and the reasons why women, such as those with families, feel they have to leave. She is also exploring the concept of co-representation – the idea that two MPs might share an electorate, and therefore share a job.

“These are things that we really do need to think about and they’re not just academic ideas, they’re actually really important practical ideas that can lead to influencing cultural change,” she says.

Potter misses some things about working in politics, but the culture is not one of them.

“Working in and around Parliament, you are typically all-consumed in the party. You’re a staffer, you’re a party member. You spend half your time with people in the Liberal Party. I think that’s unhealthy, really unhealthy,” she says.

Potter got her soul back the day she quit her job.

It is not too late for Parliament and its political leaders to fix this broken system. The coming review is only the start.