Truth is at stake in the great vaccine debate

admin February 26, 2021 Latest News Comments Off on Truth is at stake in the great vaccine debate 29 Views

The only principle at stake amid the effort to curb a pandemic that has claimed nearly 2.5 million lives globally, shut borders and wrought economic damage rivalling the Great Depression is truth. 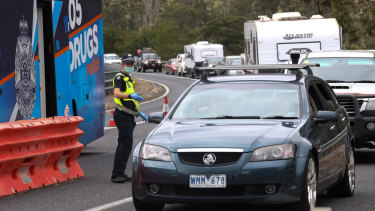 Police stop motorists at a checkpoint in Genoa as they enter Victoria from NSW. Credit:Rachel Mounsey

The falsehood we must urgently eradicate is that the Pfizer and AstraZeneca vaccines aren’t safe or effective despite their approval for use in Australia, Europe and elsewhere. As others have observed this week, the immunisation bungle in Brisbane may, paradoxically, demonstrate the vaccine is indeed “as safe as any vaccine out there”, to quote Nobel Prize-winning immunologist Professor Peter Doherty: people in their 80s and 90s received four times the specified dose and still suffered no adverse reactions.

The federal government says it will strongly encourage the public − as opposed to front-line workers who might be subject to different rules − to get the jab rather than compel them to do so. Prime Minister Scott Morrison insists mandatory vaccination is “not the Australian way”.

A Melbourne University survey released this week shows about 24 per cent of people around the country are still hesitant about being immunised against coronavirus. The good news here is the rise in vaccine hesitancy appears to have been arrested. The Australian National University’s Centre for Social Research and Methods’ longitudinal study of almost 4000 people had found a “substantial” increase in vaccine resistance and hesitancy between August and January.

The authorities are banking on hesitancy falling away more as the vaccinations gather pace, and people see the jab is both safe and effective in stopping serious illness and, as early results suggest, reducing transmission. 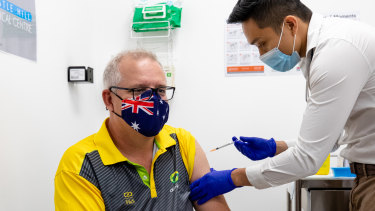 Hopefully Morrison rolling up his sleeve last week, while decked out in Aussie flag face mask and associated “ScoMo” branding, will cut through with waverers.

As for the hard-core anti-vaxxers, I understand they wasted no time in declaring the PM wasn’t actually injected with Pfizer or any vaccine, the whole spectacle was a hoax, it wasn’t really Morrison behind the Aussie flag face mask but a shape-shifting lizard person controlled by Bill Gates … and hey, I’m playing Choose Your Own Adventure.

While the rest of us were sleeping these past years, anti-vaxxers evolved into a complex ecosystem encompassing QAnoners, snake-oil pedlars and gullible consumers in the “wellness” industry. We saw child vaccination rates fall below average in some of the wealthiest suburbs in Melbourne and Sydney. In 2015 a primary school in inner-city Melbourne had a chicken pox outbreak, and a baby in Perth died of whooping cough.

The ANU Centre for Social Research and Methods study found three groups were “particularly important” in explaining the decline in vaccine willingness during the pandemic. One of those is Australians who think too much is being made of COVID-19.

This is understandable, though not excusable, given our overall success in suppressing the virus. But how to explain the steady rise in vaccine resistance during 2020 in a place such as France where the choice, you’d think, is stark: try your luck with a vaccine or try your luck with a proven killer? (Surveys show COVID-19 vaccine confidence in France has increased this year with the rollout, but from a low base; in December just 40 per cent of people said they’d be willing to get vaccinated.) 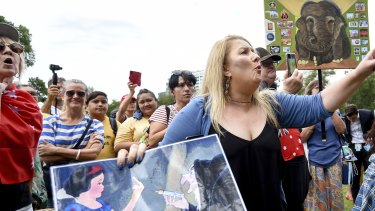 We have allowed irrationality, corrosive cynicism and contempt for truth to take root in our societies. The Coalition has become something of a safe space for the Trumpian inclined − Kelly left them, not the other way around.

It was almost a year into the pandemic before Facebook announced it would remove false claims about COVID-19 vaccines. Why have governments − why have we − allowed this insidious platform to tear at the social fabric and make billions in the process?

Lord only knows I’m worried about employers’ expanding powers: to surveil their workers at home, to dictate what they do and say, and even who they sleep with, in their spare time, to dob in JobSeeker recipients who turn down job offers.

But my only qualm about mandating jabs is that the strategy might backfire and stoke vaccine resistance.

The only industrial right we should be concerned with is the right of employees to a workplace as COVID-immune as possible; the only human right, the right of vulnerable people to be protected from fatal disease, and their expectation that we protect them by getting vaccinated en masse.

So when someone asks − as someone did this week on ABC talkback radio − if their employer can sack them for not getting the jab, then answer as presenter Virginia Trioli did. Ask why they’re not inclined to get vaccinated. Explain that while the vaccine was developed speedily it still went through all the necessary trials and approvals. Tell them the vaccine works and that with more than 200 million people already vaccinated around the world we can say the risk of serious side effects is infinitesimal.

People are entitled to their own feelings; not their own facts. On this principle there can be no compromise.

Julie Szego is a regular columnist.