Emergency wards among the ‘worst places’ for mental health patients 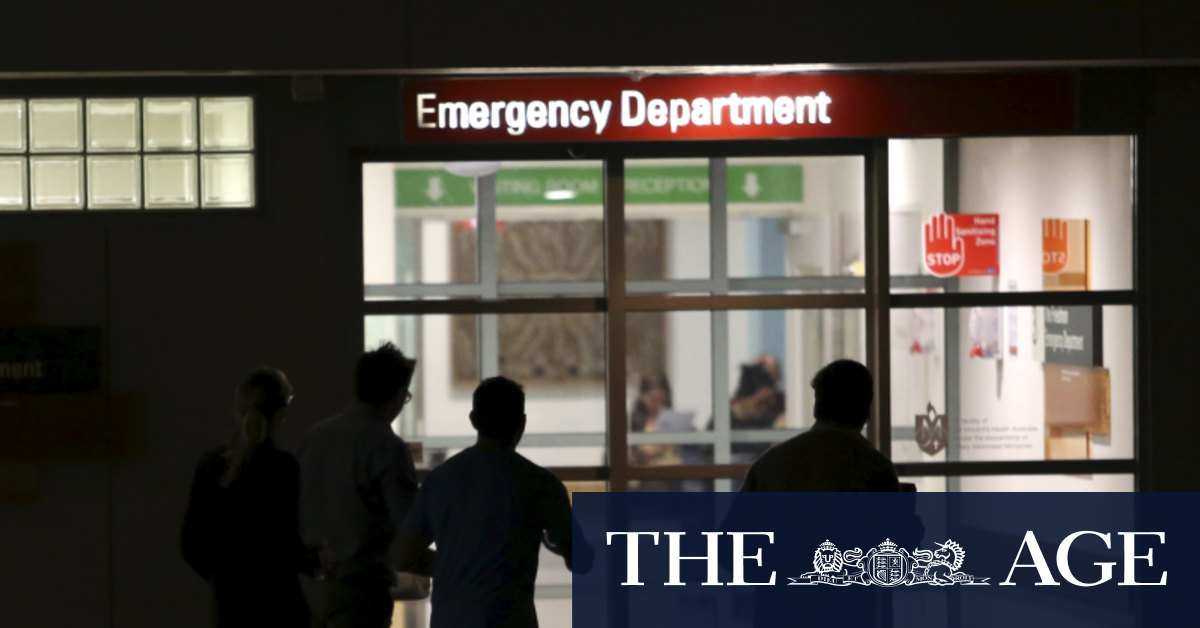 Advocate Indigo Daya said hospital emergency departments “are in almost every way the wrong place for someone with a mental health crisis”.

“They are loud, they are bright and noisy … and staff don’t have time to sit with somebody and find what is going on,” she said.

“If your readers think about where they would want to be on the worst day of their life, you want a friendly set up with comfy chairs and a coffee table, and someone there to sit with you and listen with empathy.”

The Royal Commission into Victoria’s Mental Health System published its 3195-page final report on Tuesday which found the mental health system was overwhelmed and could not keep up with the number of people who sought treatment.

Premier Daniel Andrews has committed to implementing all 65 recommendations made in the report, which include:

“We absolutely need to stress the urgency of some of this implementation,” Dr Cubitt said.

Grace McLoughlan said she had arrived at hospital emergency departments multiple times over the years, distressed, suicidal and desperately seeking help, only to be turned away.

“Typically, there’s nothing they can do,” she said. “I have been told my safety is my responsibility and been sent home … more suicidal than when I arrived. I’ve been told that there’s just no beds, and they can’t help me.”

The Northcote woman said the recommendation to create crisis respite centres for experiencing a mental health episode gave her hope that people in despair would not be left waiting days in emergency departments.

“It’s really underfunded, but they do such a great job with the resources that they have,” she said. “I use that service, I have been there a few times. The staff are so kind and it has kept me out of hospitals and emergency departments. It’s never been a negative experience. I feel safe there.”

The Andrews government pledged to implement all the recommendations of the royal commission, which also recommended that wherever possible, the emergency response to urgent mental health crises should be led by medical professionals instead of police.

“If your readers think about where they would want to be on the worst day of their life, you want a friendly set up with comfy chairs and a coffee table, and someone there to sit with you and listen with empathy.”

This would result in triple-0 calls involving mental health crises to be diverted to Ambulance Victoria, and any response led by paramedics, instead of police.

Often these crises came about because the system had done a poor job of helping people before their mental health deteriorated, a phenomenon described as the “missing middle”.

Doctor James Antoniadis, of the Royal Australian College of General Practitioners, said it was this group of people with moderate to severe depression and other mental health conditions that accounted for the most suicides, because they were the largest.

“There are a lot of situations where people are in desperate need. They go to EDs and there is nowhere for them to go, and then they are discharged,” Dr Antoniadis said.

The new safe spaces and crisis respite facilities would be set up in collaboration with a new agency made up of people with personal experience of mental health crisis or distress.

He said they should also include beds for people who needed longer-term care.

“Hopefully those facilities are more like a hotel than a mental health asylum,” he said.

Aisha Dow is health editor with The Age and a former city reporter.