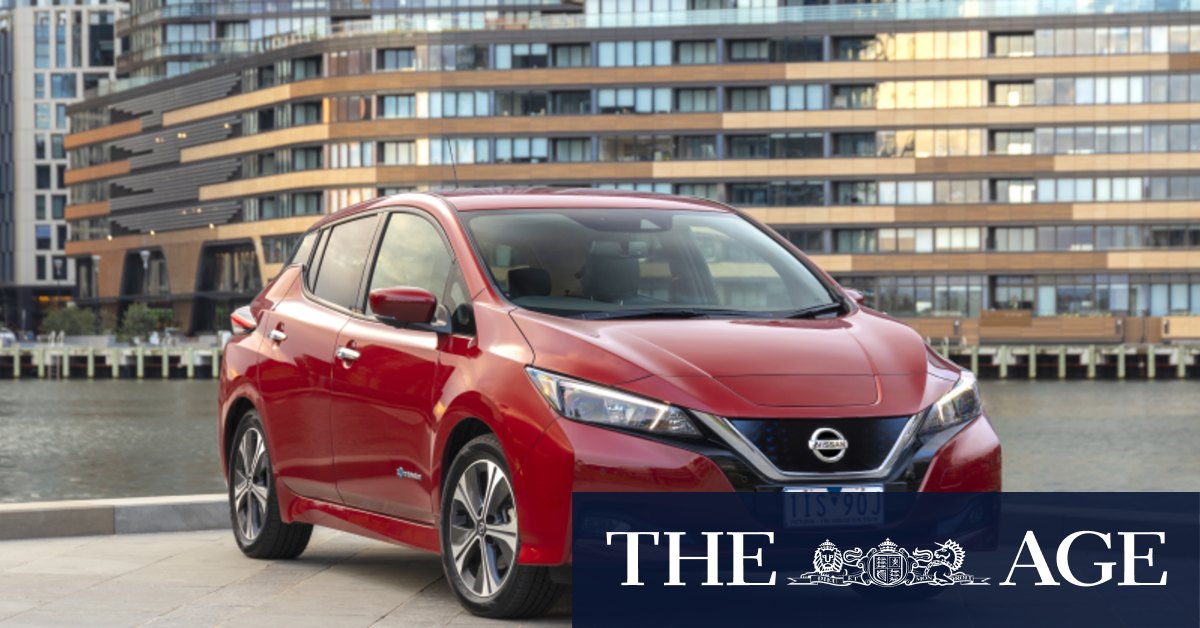 Greenhouse gas emissions from the transport sector have become the next frontier for the world’s leading economies as they strive to reduce pollution levels to net zero by 2050 through global climate agreements.

Major car manufacturers including General Motors and Ford have announced they will phase out fossil-fuel-powered vehicles in Europe by 2030 and globally by 2035. Several luxury carmakers, such as Jaguar and Bentley, have made similar promises after Britain, the European Union and California announced bans over the next 15 years.

Mr Lester said the federal government had missed an opportunity to set a similar direction in Australia by ruling out subsidies for plug-in and battery electric vehicles last month.

“There is no question that EVs are coming and that they are going to be mainstream in the next decade. And that is not the view of just a manufacturer who’s interested, that is the external view by others,” Mr Lester told this masthead.

“We can debate all of the percentages till we’re blue in the face but the reality is that as they are mainstream, we all play a role.

“The manufacturers play a key role in bringing choice and availability to the market. The private sector can support the build-up of infrastructure and services. And we need the government as another arm of support by giving direction and confidence to consumers.”

The company, which sold more than 62,500 EVs around the world last year, will launch the longer-range variant of its Nissan Leaf electric car within months, aimed at addressing “range anxiety”, which is seen as a barrier in the domestic market toward greater uptake. The Leaf e+ can travel up to 384km on a single charge, a 40 per cent increase on the 270km of range of the current model.

Nissan plans to have about 30 per cent of its domestic portfolio electrified by 2023 but sold just 370 vehicles in Australia last year.

The Morrison government argues taxpayer subsidies for the private uptake of plug-in and battery electric cars would not represent value for money in efforts to drive down carbon emissions.

Instead, it will provide incentives to Australian businesses to invest in plug-in hybrid and electric car fleets in an attempt to increase private uptake by flooding the second-hand market with new vehicle technologies at lower prices.

US President Joe Biden has announced a plan to use his government’s purchasing power to drive the take-up of EVs, promising to replace up to 650,000 fossil fuel vehicles with electric ones made in the United States.

State governments have angered the industry in Victoria and South Australia with plans to impose a new tax on EV owners per kilometre driven, while NSW is considering moving in the same direction.

But Mr Lester said countries that had been the most successful in making a switch had made a point of providing direction.

“The UK, Norway, Canada, they have all taken a position to say we want to have this particular ambition and we want to guide our policy … to that end. And I think at this moment, we don’t have that here,” he said.

“When you consider the access to renewable energy that we have here, when you consider the distance that people actually drive, the adoption of technology, some of the infrastructure that is already built, and the predominance of people living in homes with car parks or driveways already … there is no reason why we can’t be a global leader.”

The projected uptake of electric vehicles was revised higher in government modelling in December from 19 per cent of new vehicle sales to 26 per cent in 2030 without any federal government incentives or mandated targets. But industry has labelled those forecasts overly optimistic because it assumed numbers would spike despite a lack of policy and new state taxes.

“We have no targets, no significant incentives, no fuel efficiency standards – and in Victoria we even have a new tax on non-emitting vehicles,” he said. “Our governments are apparently doing everything possible to ensure Australia is swimming hard against the global tide on transport electrification.”

“The Morrison government’s vision is to create an environment that enables consumer choice, stimulates industry development and reduces emissions in the road transport sector,” he said.