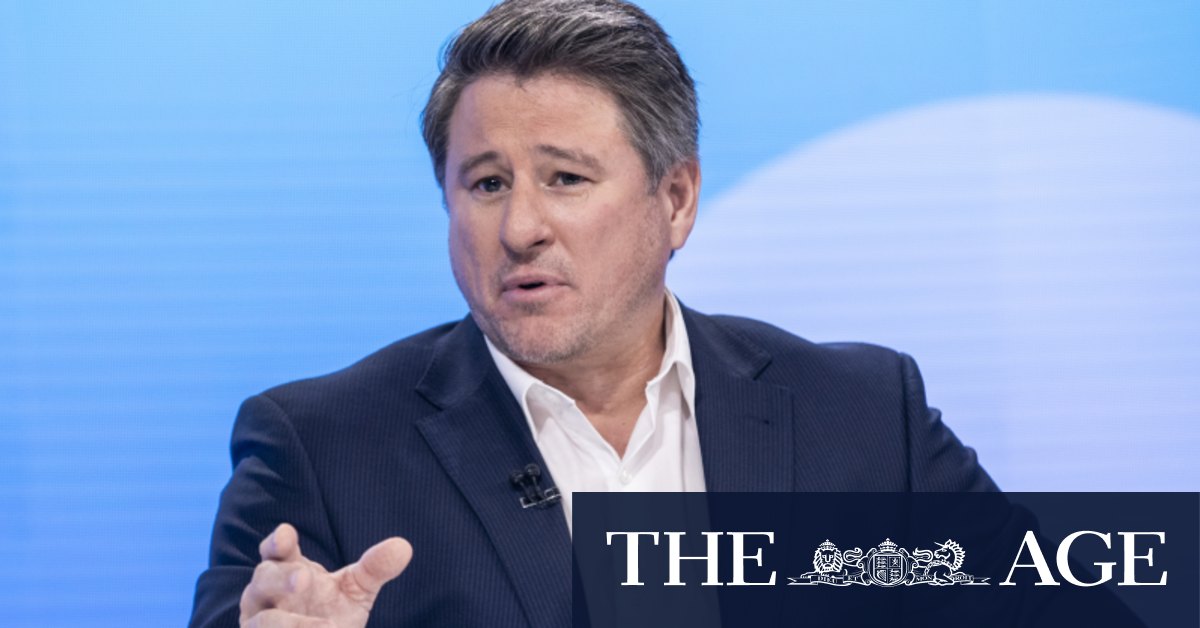 Sneesby grew up in Vincentia on NSW’s south coast. His father was an electrical engineer as was his grandfather, and at 17 he too embarked on an electrical engineering degree at Wollongong University. It seemed like a great profession, but fate would lead him elsewhere. “I was studying that degree from ’92 to ’96, and we were in the early use of the internet and Netscape browsers on Apple computers. By the time I graduated, I certainly had a view that my future would be in technology and media businesses.”

As it turned out, his early career was in management consulting. That led to executive roles at Optus from 2003 until 2007, including as group general manager, after which he joined Nine’s digital joint venture with Microsoft, ninemsn, as director of strategy and business development.

“The challenge and the opportunity is where and how do we continue to invest … in future growth, in a way that continues that successful trajectory.”

Sneesby worked at Optus when Chris Anderson was its chief executive. “He was a good executive at Optus when I was there. I reckon he’s a really good choice [as Nine CEO].”

Another former Optus executive Michael Ebeid, who is also a former SBS managing director and was a contender for the Nine CEO role, says Sneesby is a smart operator. “Mike’s done an outstanding job with Stan. This [the Nine CEO role] is a big step up for Mike but I’m sure he’ll rise to the challenge.”

In 2010, Sneesby left ninemsn and went to Dubai to help start and run the internet TV division of a joint venture called Intigral between Saudi Telecom and Astro Malaysia. He returned two years later to run the online daily deals site Cudo, before being tapped by Gyngell to set up the streaming business Stan, in 2013.

Stan is now the second biggest streaming service in Australia after Netflix. It has been on a growth streak since its inception, with Sneesby investing in content – most recently sport – and growing its subscriber base to 2.3 million. It now has an estimated market value of about $1 billion. “Mike has been key to that business, and key to the success of that business,” said Nine chairman Peter Costello.

Stan was launched officially in 2015. It’s growth is significant when considering that in 2015 the entire market value of Nine company was about $1.3 billion. Under Hugh Marks and his management team the value of Nine has grown to $5.2 billion, following a merger between Nine and Fairfax Media.

Paul O’Sullivan, also a former Optus CEO and current chair, expects that Sneesby as Nine’s new boss will “enjoy being a disrupter in the new media landscape”. Sneesby, however, frames the challenge for himself as being able to continue to grow Nine, which has performed so well under Marks. “Both the challenge and the opportunity is where and how do we continue to invest. And by that I mean, in the business that we have today or in future growth, in a way that continues that successful trajectory.”

Some media observers, however, see additional challenges for Sneesby, pointing to his lack of experience in managing key relationships with government, media buyers and his unfamiliarity with the radio and publishing divisions. He will also have to navigate recent infighting on Nine’s board.

Sneesby, however, is unfazed by such criticism. He points to his track record and also Nine’s “phenomenal” executive team. He says there have been key themes that have defined his career, and these will continue when he assumes the top job. “There’s a number of important key themes that have been a feature of my career. The themes of how we need to think about this business, prepare for the competitive landscape, direct the strategy of the company, and then execute, are all things that I’m very familiar with and very comfortable with.”

Anne is an award-winning writer and a senior correspondent for The Sydney Morning Herald and The Age. She was previously deputy editor of Good Weekend and has worked for The AFR and as a foreign correspondent. Email Anne at ahyland@smh.com.au