Wharfies, bosses agree on need for foreign sailors to get COVID tested

admin March 3, 2021 Latest News Comments Off on Wharfies, bosses agree on need for foreign sailors to get COVID tested 20 Views 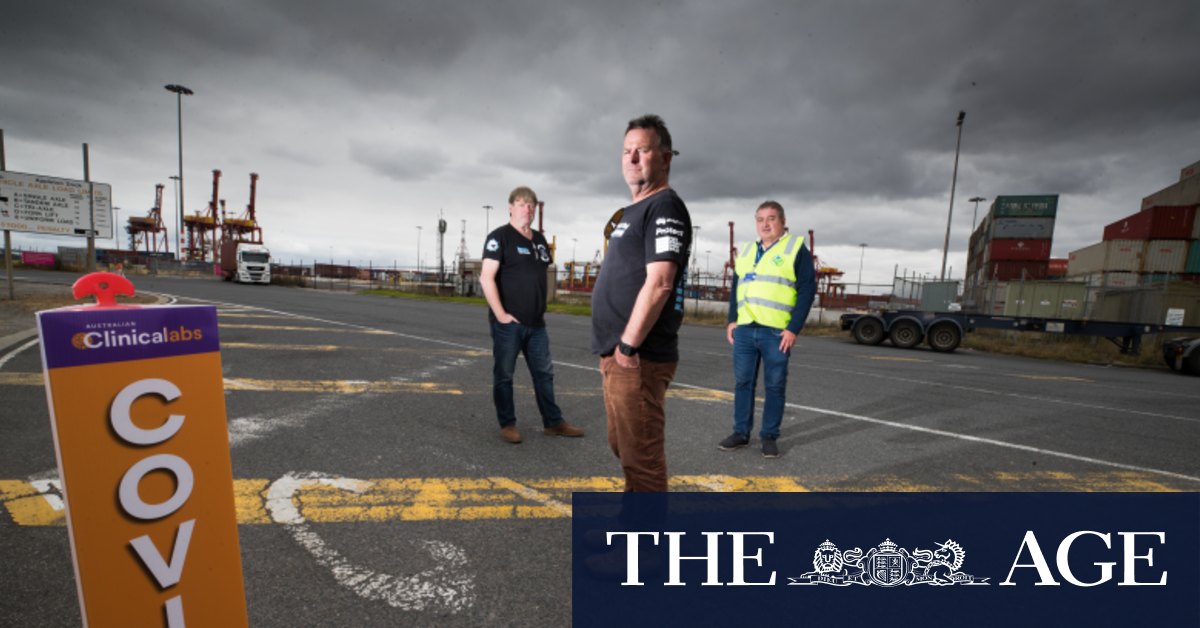 However, the state government said maritime crews presented a low risk of transmission and testing them on arrival would be a complex sea or air operation, with teams going out to vessels by boat or helicopter, for little public health benefit.

Seafarers who have embarked at overseas ports must undergo hotel quarantine if they wish to leave their vessels in Victoria. But there is no mandatory testing for crews who stay on their ship and the union says a waterfront worker could be infected through interaction with a foreign crew member and their case could go undetected for up to seven days.

David Ball, deputy secretary of the union’s Victorian branch, said the government had correctly identified the “significant” COVID risk posed by maritime arrivals but was testing the wrong workforce.

“Once Australian maritime workers have been infected with COVID, it is already too late, with those workers potentially spreading this virus to family, friends, coworkers, and the broader community,” Mr Ball said

“Testing waterfront workers seven days after boarding a vessel, rather than the international seafarers arriving from foreign ports, is like breathalysing the barman instead of the drink driver.

Patrick Terminals chief executive Michael Jovicic said his company had been following government infection control and PPE protocols in all the states and territories where they operate but said there had been “inconsistencies” in approaches between jurisdictions.

“Arriving seafarers are not required to undergo the same level of testing,” Mr Jovicic said. “If the incoming seafarers are the perceived risk, then it would make practical sense for seafarers to be tested at either their last port of call overseas or their first port of entry into Australia.”

Mr Jovicic also called for all states to work together to have a “consistent approach in minimising the risk of COVID transmission … that does not unnecessarily result in additional costs or delays in the supply chain”.

The union says it has joined some of the big stevedoring firms in raising worries privately with the government. It has also flagged concerns about a lack of clarity about where workers can get tested, out of pocket expenses and the impact on port productivity as hundreds of wharfies leave work to be tested.

The union’s assistant national secretary Adrian Evans said there had not been a single case of ship-to-shore transmission of the virus in Australia but insisted that the bio-security system at the nation’s ports, which relies heavily on declarations by ships’ captains, presents a danger.

“The current biosecurity system is fundamentally flawed, with a reliance on a ship’s captain, under incredible commercial pressure, in an industry infiltrated by criminality and exploitation, to declare that no one on the vessel is sick,” Mr Evans said.

“The result has been ships frequently granted entry to Australian ports with seafarers on board who are infected with COVID, leaving it to Australian maritime workers to implement the controls to protect themselves and the community when they are required to go on board to load and discharge cargo.”

A government spokeswoman said the union’s requests were neither practicable nor necessary.

“Testing maritime crew who do not disembark from their vessel would require testing teams to be ferried out on a boat or helicopter to test those individuals, and as such isn’t logistically viable in the long term,” the spokeswoman said.

“We do not have any mandate over crew unless they disembark at the port of entry.

“This is the same that applies for aircrew, where we do not test crew that remain on the aircraft and do not disembark their vessel.”

Noel Towell is Economics Editor for The Age