Breaking News
Home / Sport / Will Moses Mbye have to turn into the Tigers’ super sub?

Will Moses Mbye have to turn into the Tigers’ super sub?

admin March 3, 2021 Sport Comments Off on Will Moses Mbye have to turn into the Tigers’ super sub? 27 Views 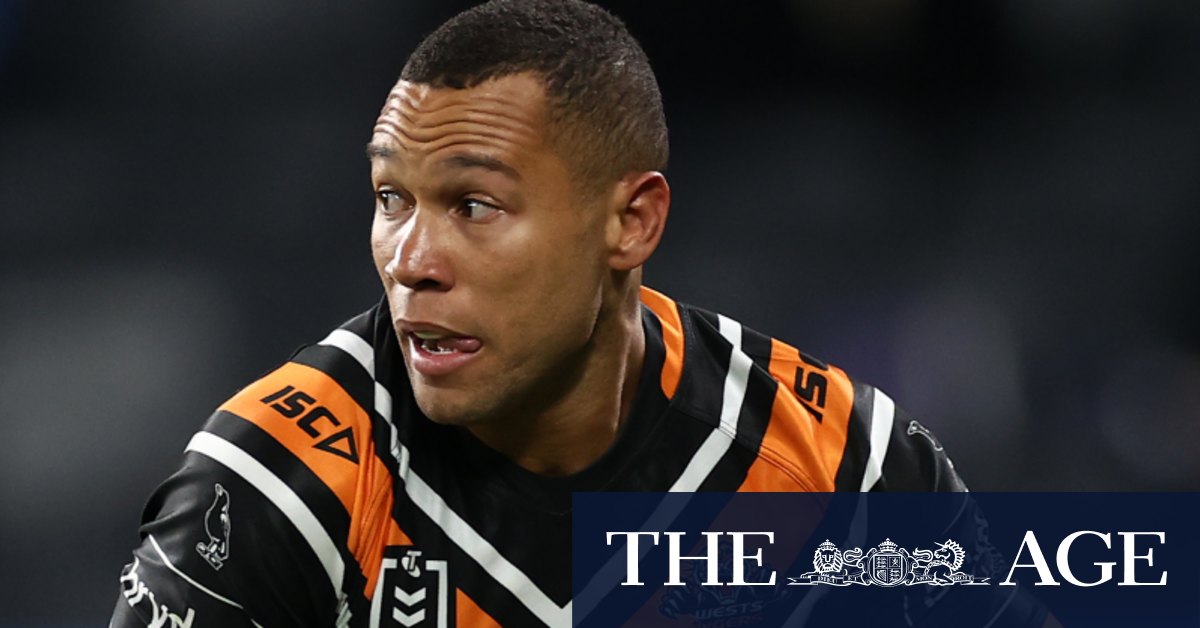 “We’re working a few things out at the minute and trying to see what fits best for our team,” Mbye said. “You watch those guys on the weekend, I feel like an older fella trying to match it with the younger fellas now.

“I’ve been trying to work out where I want to play and where I’m best suited for a large part of my career. I still haven’t worked it out.

‘I’ve had a really good pre-season, the best I’ve had in a long time. I feel fit and have got myself in really good shape.’

“Daine showed some really good form and we’re without Doueihi so I could possibly find myself at six [in round one] and going forward I could even find myself at 14 and making that my role. The game has changed a bit too and we don’t really know what we’re going to get with the rule changes.”

Mbye has primarily played at fullback and centre during his Tigers stint but has even been used at hooker, such is his versatility.

But it was his breakthrough in the State of Origin arena as a bench utility which could pave the way for a new phase of his NRL career, particularly with the forecast increased speed of the game this season.

“You never know until you get there, but I see it as a really important role,” Mbye said. “It’s hard to say [if I’ll be there]. Madge keeps his cards pretty close to his chest, but time will tell and we’ll find out then.

Mbye has missed the opening round in the last two years with minor injuries and still has a year to run on his lucrative deal with the Tigers after this season.