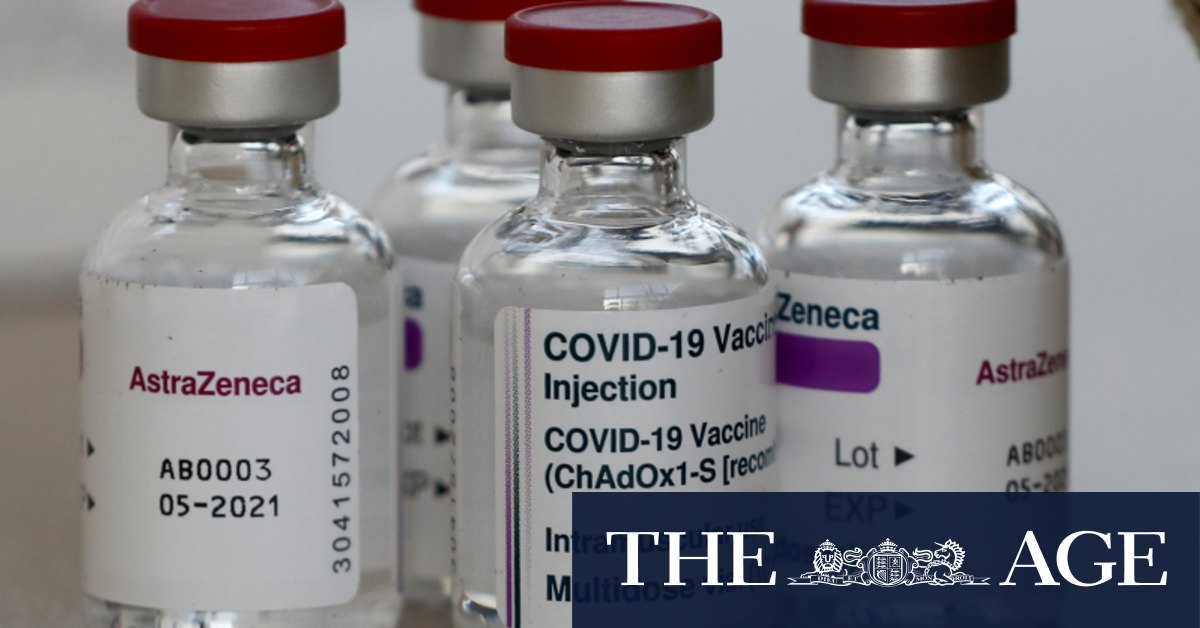 “We are all dependent on global supply chains and putting in place restrictions endangers global efforts to fight the virus,” he said.

The Morrison government has claimed the export ban will not affect its vaccine rollout but is still working behind the scenes to have the 250,000 doses of the Oxford-AstraZeneca vaccine delivered.

Health Minister Greg Hunt told reporters that the government had asked the European Commission to review the decision but officials in Brussels on Friday could not confirm whether the request had been received or if would be considered.

The export controls – which have been widely criticised as a dangerous example of “vaccine nationalism” – were hurriedly drawn up in January after AstraZeneca and Pfizer warned supply to Europe over coming months would be slashed because of production delays.

European Commission chief spokesman Eric Mamer said Europe was not engaged in vaccine nationalism because the bloc had approved hundreds of exports to dozens of countries.

“Let’s not try to shift the situation here. The fact is the European Union is a major exporter of vaccine doses,” he said.

Some reports in Italian media on Friday suggested AstraZeneca may have originally wanted to ship about 500,000 doses to Australia but was worried the volume was so big that it might be rejected by Italy. The reports said the company then cut the volume to 250,700 doses but that was still rejected.

Italy first opposed the shipment last week and the European Commission supported Rome’s position earlier this week. AstraZeneca and the Australian government were notified on Wednesday.

Italy, where new Prime Minister Mario Draghi is under political pressure to speed up the country’s rollout, said it decided to deny the vaccine shipment because Australia was not vulnerable to COVID-19 and AstraZeneca was not supplying enough doses to Europe.

Italy has so far received 1.5 million doses of the AstraZeenca jab but handed out just 322,000 doses.

“As long as these delays remain, it is right for the countries of the European Union to block exports toward nations that are ‘not vulnerable’ as a response to the failure of companies to respect commitments,” he said.

France has been given 1.1 million AstraZeneca doses but administered only 275,000.

Almost 4 million doses of AstraZeneca will arrive in Australia from overseas, primarily Europe, but 50 million will be manufactured by CSL in Melbourne.