Mutch too good as Wanderers return to winning form in Ballarat

admin March 7, 2021 Sport Comments Off on Mutch too good as Wanderers return to winning form in Ballarat 12 Views 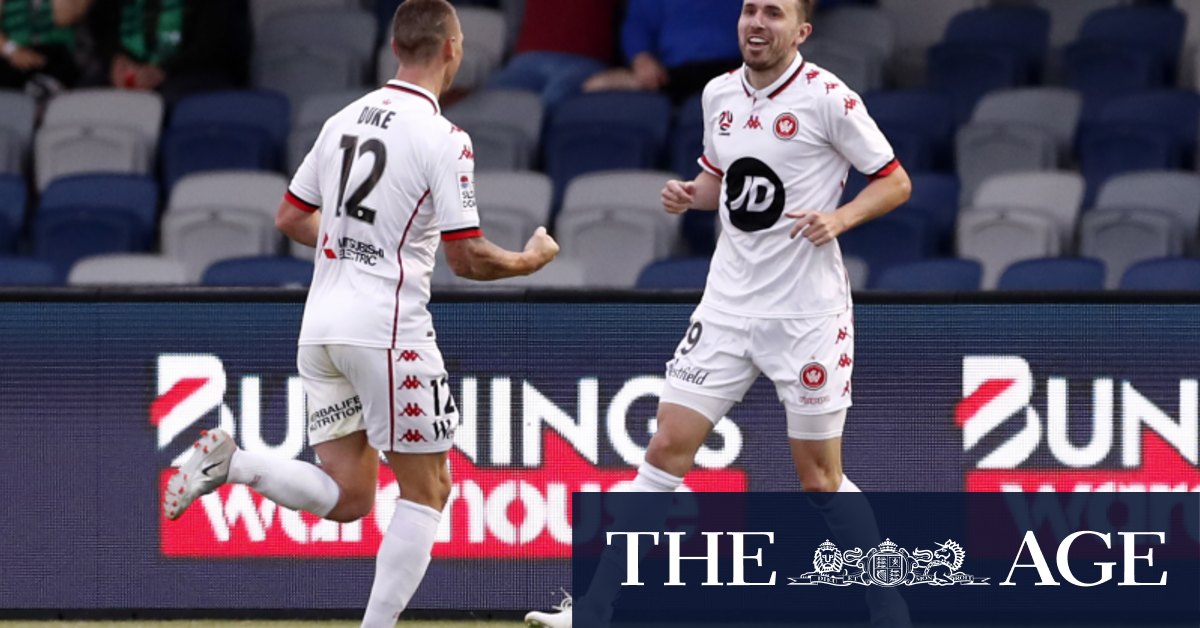 “I’ve had contact with him throughout the game, he gave us instructions beforehand, so the lads know their jobs, they know what they’ve got to do, their work’s done Monday [to] Friday. When you’re in the game and it’s going the way it’s going and you’re under pressure, the lads had to stand up and really be counted, and they’ve done great at that tonight.”

Clear-cut chances were few and far between but Western Sydney had some good moments in an even first half, and were unlucky to have had a strong penalty shout turned down just before the break – replays showed Ibini had his shirt tugged in the box by United defender Aaron Calver, but referee Alex King wasn’t interested.

Besart Berisha was even more incensed late in the match when King also failed to spot Wanderers striker Simon Cox pulling his short, and was absolutely incredulous when he came off the field a few minutes later, urging the fourth official to look at a replay of the incident on the nearby VAR screen.

“He was upset that he should have got a penalty,” coach Mark Rudan.

“That’s why he went straight to the fourth official … at that free kick he got dragged, he got pulled, but I’m not going to sit here and whinge about that decision. We don’t get too many of them, and him and [Alessandro] Diamanti are the two that probably get more attention than anybody else and that’s what he was upset about.”

United came agonisingly close to an equaliser in stoppage time but Daniel Margush made a terrific save to deny a point-blank header from Lachlan Wales – but the Wanderers also had their chances late in the piece, with an unmarked Nicolai Mueller blowing an easy chance at the back post, while Kwame Yeboah rattled the woodwork with one of the team’s final surges forward.

Previous RA discuss vaccination with government but trans-Tasman comp in doubt
Next Melbourne’s big gamble: Why Demons midfield stars will have to park their egos