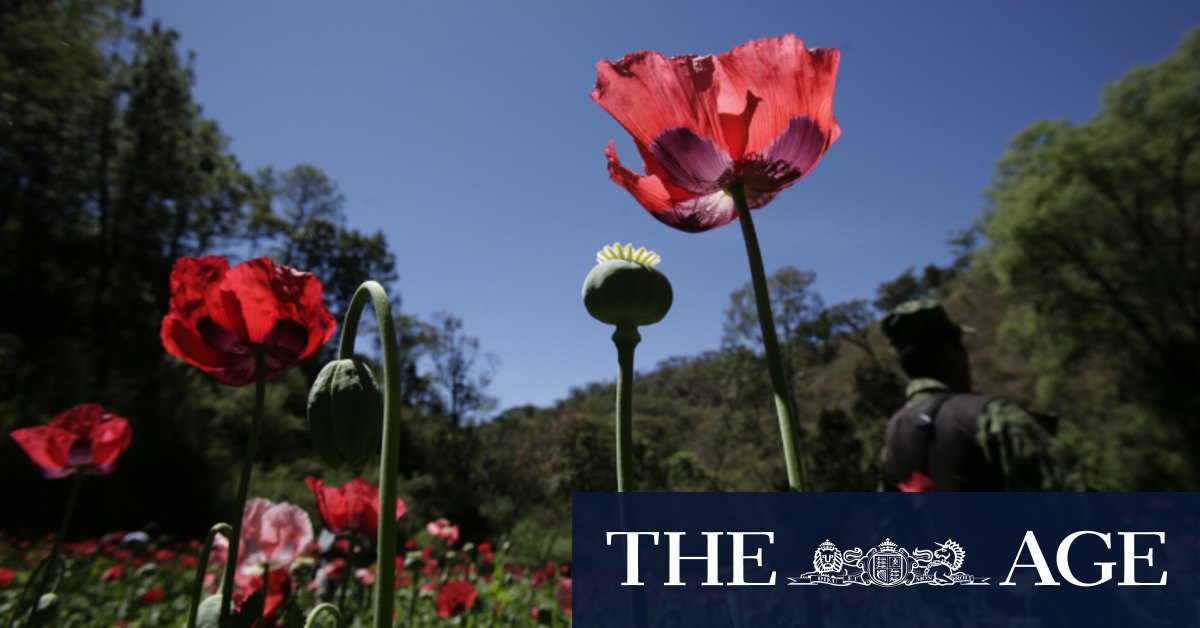 Production of medicinal opioids needed for operations and terminal patients — something that has been proposed in the past — would require a much stricter control over farmers than Mexico is ever likely to achieve in the mountain communities of northern Mexico and the Pacific coast state of Guerrero where illegal production is currently centred.

The US Drug Enforcement Administration said in a recent report that poppy and heroin production in Mexico both declined in 2019. It said “low opium prices paid to poppy farmers in Mexico, coupled with an increase in fentanyl use in the United States, likely impacted the decrease in cultivation.”

Dealers are increasingly cutting heroin with fentanyl to increase its potency, and “DTOs (drug trafficking organisations) may come to view heroin as simply an adulterant to fentanyl,” according to the report.

But even if marijuana growing is legalised and some solution is found for poppy growers, Mexico still faces an expansion of illicit drug crops.

In February, López Obrador said experimental plots of coca leaves, the raw material for cocaine, had been found in the southern Mexico state of Guerrero. The plant is native to South America and up to now has mostly been cultivated in Bolivia and Colombia.

“I want to tell the bad guys that we know that they are experimenting with coca production in Guerrero,” the president said. “We found some coca plots in Atoyac,” a conflictive township known for drug gang violence and drug production.

Any legalisation of opium poppies would present yet another point of friction with US authorities, already stung by Mexico’s decision to withdraw immunity for foreign agents and restrict their activities in Mexico.

Mexico also strong-armed the United States into releasing a former Mexican defence secretary arrested in Los Angeles in October on drug charges. Mexico cleared retired General Salvador Cienfuegos after conducting only a cursory investigation of the US evidence against him, and then published the whole case file.