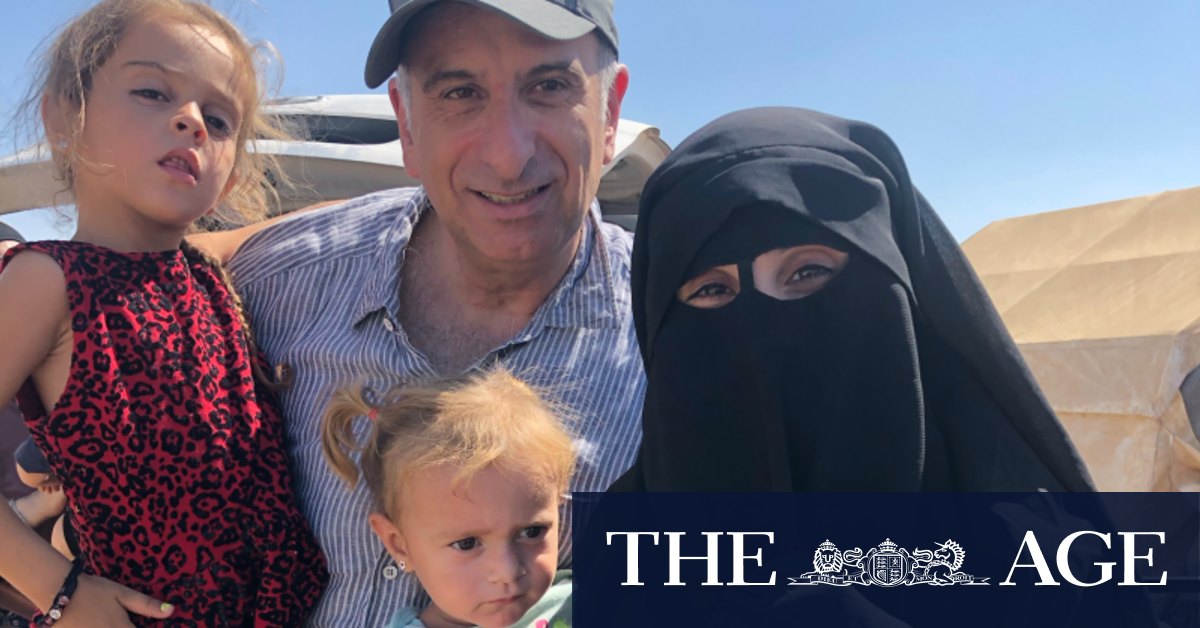 “The Government continues to monitor the situation in Syria, and remains conscious of the particular needs of children,” Home Affairs said.

Mr Dabboussy, a community advocate based in Sydney, said the biggest impact of the Syrian conflict has been on the “innocence of children”.

“All children should be protected and have the opportunities we in Australia take for granted,” he said.

“Let’s not forget there are Australian children there. My grandchildren are not having any opportunities that I think they should have – proper healthcare, proper education and the ability to have a relationship with me as their grandfather.

“These are avoidable tragedies. Whilst we can’t solve all the problems, there is a group of people here that we have a responsibility for and we can solve it. Whichever lens you look at the Syrian situation, it’s a tragedy.”

Mr Dabboussy said the Australian government needed to take responsibility for the women and children stuck in the camps by bringing them home and not leaving them “continually exposed to possible death, illnesses and security concerns”.

“The sooner they act, the better the outcome will be for everyone involved,” he said.

“Belgium, which was the most staunch in its opposition to the repatriation of women and children, has shown the current Australian situation is unsustainable, and that it [repatriation] can be done safely and is being done safely. It’s not only Belgium, but Finland and France as well.”

Research to be released this week by the International Committee of the Red Cross shows almost one in two young people in Syria have a close relative or friend who has been killed in the conflict. One in six young Syrians said at least one of their parents was killed or seriously injured.

The ICRC’s head of mission in Australia, David Tuck, said Syrians had endured “injury upon injury”, with 5.6 million people forced to leave Syria and another 6.2 million displaced within its borders.

Save the Children in recent months interviewed more than 1900 displaced children and their caregivers within and outside Syria. It found only 3 per cent of children in Turkey, 9 per cent in Jordan and the Netherlands and 29 per cent in Lebanon wanted to return to Syria.

Seven-year-old Lara, who is living in a refugee camp in the city of Idlib in Syria’s north-west, said after 10 years “our future became all about war”.

“Our life in Syria is difficult, our house was destroyed in our village and now we live in a tent,” she is quoted as saying in the report. “I wish to live in any country other than Syria, where it’s safe and there are schools and toys. It’s not safe here, the sound of dogs scares me and the tent is not safe.”