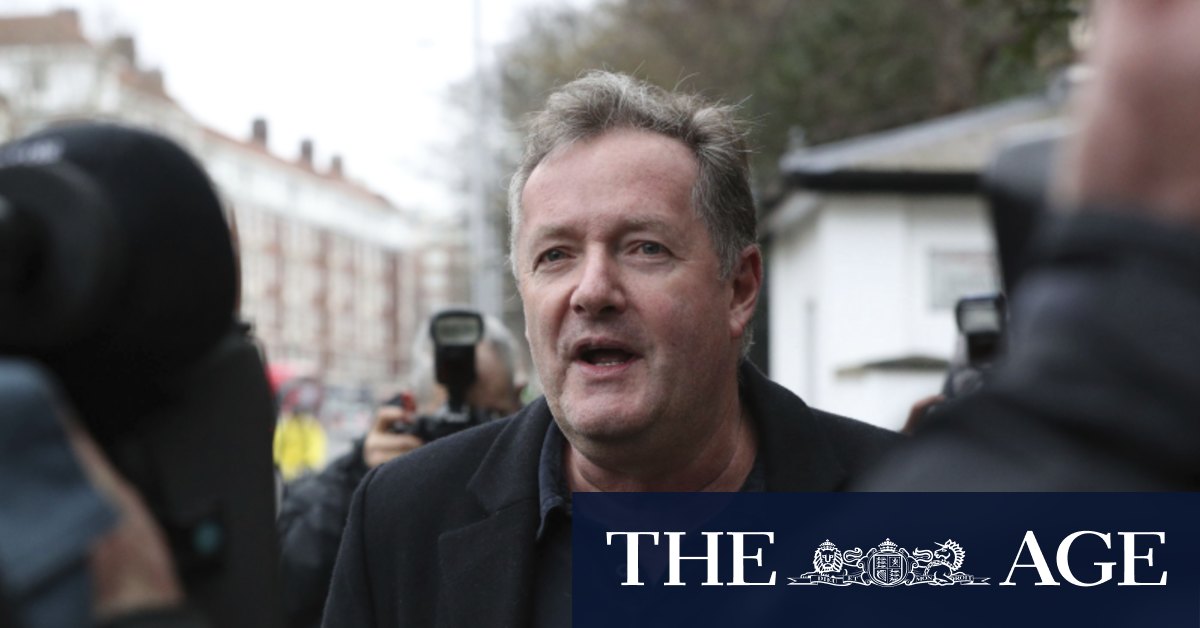 The show’s ratings surged and on Tuesday – Morgan’s last day on-air – eclipsed the BBC for the first time.

There had been some speculation before Morgan’s departure that he was considering other options. His name has been linked to GB News, a television channel being launched later this year by former Sky News Australia chief Angelos Frangopoulos.

Morgan on Wednesday hinted he would be back: “I think it’s fair to say, although the woke crowd will think that they’ve cancelled me, I think they will be rather disappointed when I re-emerge.”

Morgan had a brief friendship with the former Suits actor, but it turned sour after she met Harry in 2016.

His colleagues were particularly aggrieved at his reluctance to believe Meghan’s claim that she was on the verge of suicide and had been turned away by palace officials when she begged for help.

His departure became inevitable when ITV chief executive officer Carolyn McCall told journalists that she “completely believes” what the duchess had told Winfrey about her mental health.

Ofcom, Britain’s media regulator, will investigate Monday’s Good Morning Britain episode under its harm and offence rules. The regulator said it had received more than 41,000 complaints about the program as of 2pm on Tuesday.

Morgan clarified that same day that it was not for him to question whether Meghan felt suicidal.

“My real concern was a disbelief, frankly … that she went to a senior member of the royal household, told them she was suicidal and was told she could not have any help because it would be a bad look for the family.”

The show opened on Wednesday morning with Morgan’s co-presenter of five years, Susanna Reid, addressing his absence. She said they had disagreed on many things but that had created a dynamic that was “loved about the program”.

“He is without doubt an outspoken, challenging, opinionated, disruptive broadcaster,” she said.

“But now Piers has decided to leave the program. Some of you may cheer and others may boo.

“It is certainly going to be very different but shows go on and so on we go.”