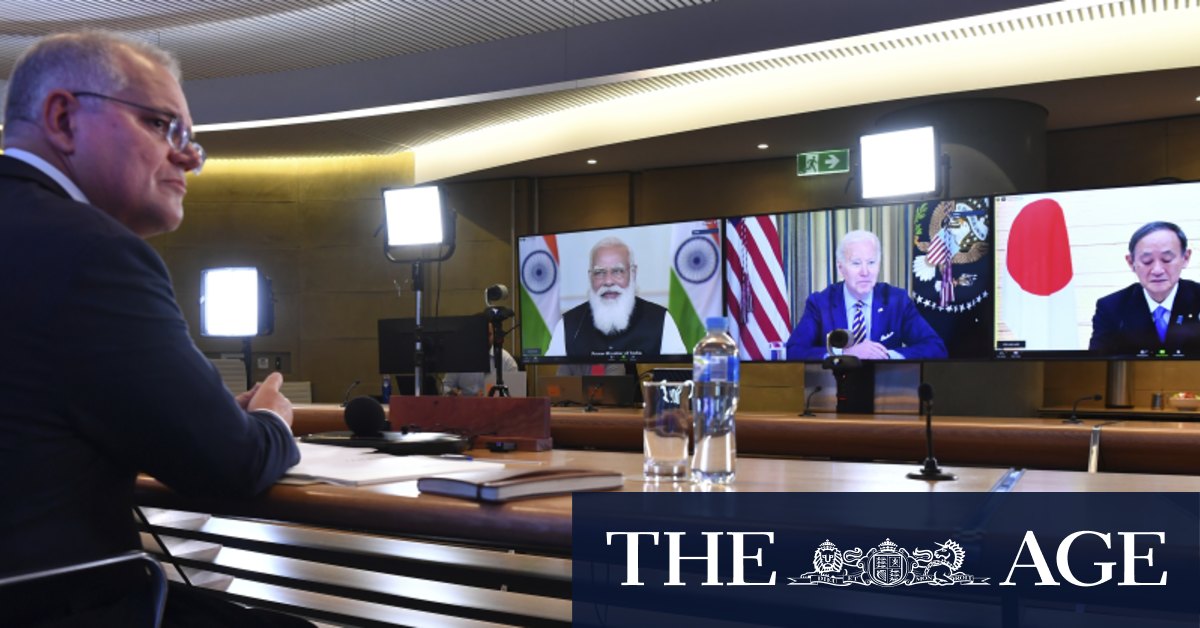 “The Quad is going to be a vital arena for co-operation in the Indo-Pacific,” he said.

US National Security Adviser Jake Sullivan described the vaccine pledge as a “massive joint commitment” at a White House briefing following the meeting.

“Make no mistake, today is a big day for American diplomacy,” Sullivan said.

Sullivan said that Biden had deliberately chosen the Quad as his first multilateral meeting since becoming President.

“It reflects his view that we have to rally democratic allies and partners in common cause and his belief in the centrality of the Indo-Pacific to the national security of the United States,” Sullivan said.

He said the leaders had discussed China and had “no illusions” about the challenges posed by its rise, while stressing that the meeting was not fundamentally about China.

The Chinese regime has been extremely sensitive about the Quad, describing it as an anti-China grouping designed to advance America’s military interests in the region.

“The Quad is not a military alliance or a ‘new NATO’ despite some of the propaganda out there,” Sullivan said.

Morrison did not mention China directly in his opening remarks, but noted that he and his counterparts were “four leaders of great liberal democracies”.

Indian Prime Minister Narendra Modi said the leaders’ meeting showed the Quad had “come of age” and “will now remain an important pillar of stability in the region”.

Patrick Cronin, the Asia-Pacific security chair at the Hudson Institute, said the need to push back on China’s “more pernicious behaviour” was clearly the driving force behind the Quad’s elevation.

“Australia has been on the sharp end of the stick when it comes to China and this shows you will not be left hanging on your own,” he said.

Signalling the expansion of the Quad’s mission beyond its original military focus, the four countries announced they will form joint working groups on climate and emerging technologies, as well as vaccines.

The four leaders also pledged to hold an in-person meeting by the end of the year.

Previous Georgia May Jagger: ‘I feel thankful for so many things’
Next Defiant Cuomo says Democrats are ‘bowing to cancel culture’