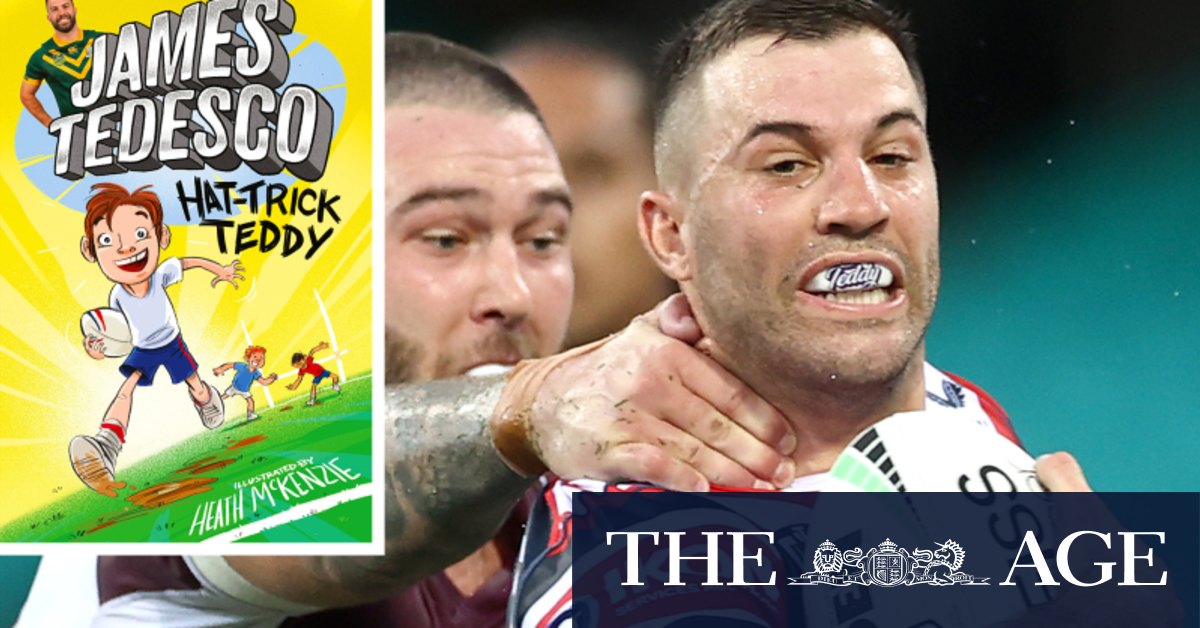 In Des Hasler’s side was a familiar face, as well as a familiar problem. Kieran Foran made a welcome return and set up his side’s only try. Tom Trbojevic, however, was again watching it all unfold helplessly from the sidelines. Hasler pulled his first swifty of the season by naming Dylan Walker at fullback and fooled everyone about his intentions by actually playing him there. But like Tedesco, Trbojevic is irreplaceable.

Foran came off the field late in proceedings with a cork injury and is in doubt for the Rabbitohs clash.

“I feel a bit sorry for the fans in particular,” Hasler said.

We need to give a better account of ourselves, of themselves individually for the club and the fans. We need to make that pretty quickly.

Brett Morris also had a day out. Morris secured a hat-trick of his own, rising above Andrew Ettingshausen to climb into fourth place, with 168, on the all-time tryscorers’ list in the process. It was a good day for the family, with twin brother Josh also scoring a try.

Jared Waerea-Hargreaves appeared unimpressed with the decision to relegate him to the bench and failed to properly channel his aggression. The Kiwis prop was placed on report for elbowing Curtis Sironen, a manoeuvre he performed while in possession of the football. His side can ill afford to miss him, especially after Jake Friend was concussed in an ugly head clash with Andrew Davey.

This could become a big story going forward. Friend has suffered numerous head knocks throughout his career, raising concerns that he could join Boyd Cordner for a long stint on the sidelines.

Asked how concerned he was for the career of Friend, Roosters coach Trent Robinson said: “I’m concerned he came off the field, pretty simply.

“I’ve seen him for two minutes and I’m not a doctor. Making a big statement like that is not for five minutes after a game.

“It’s a concussion, it’s not what we wanted for him in the first round. We’ll get on with the protocols and see where he is at.”

The season is still so young, but such a result will ring alarm bells across the northern beaches. Things may not immediately improve; their next assignment is against South Sydney. The challenge now is to remain in contention until Trbojevic returns.

Previous Bridging the Tasman: Australia not far behind the game’s Super power
Next Virtual solar power plants give Queenslanders power to earn