‘Darkest moment for the nation’: More than a dozen people killed in fresh Myanmar violence

admin March 14, 2021 Latest News Comments Off on ‘Darkest moment for the nation’: More than a dozen people killed in fresh Myanmar violence 32 Views 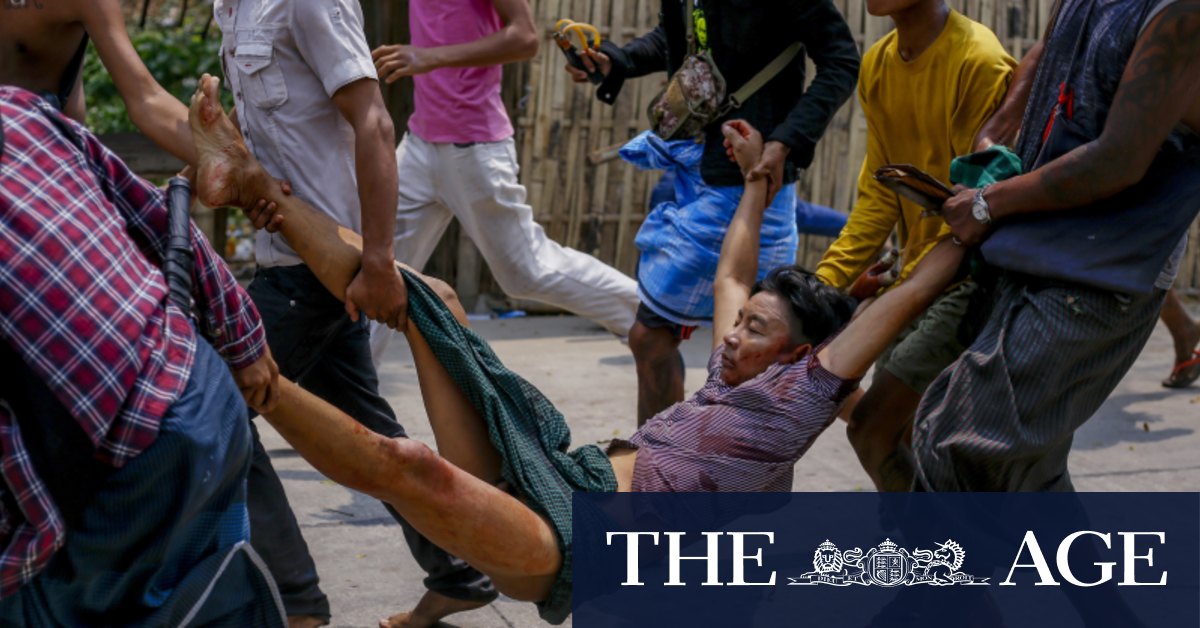 More than 80 people have been killed since demonstrations turned violent and more than 2000 others have been arrested, according to estimates given by the Assistance Association for Political Prisoners (AAPP), a nonprofit organisation, before the latest violence on Sunday.

It said that according to reports, several people were injured but the identities of arsonists had not yet been ascertained.

“China urges Myanmar to take further effective measures to stop all acts of violence, punish the perpetrators in accordance with the law and ensure the safety of life and property of Chinese companies and personnel in Myanmar,” CGTN said, quoting a Chinese embassy statement.

Mahn Win Khaing Than, the acting leader of a parallel civilian government, vowed in his first address on Saturday to pursue a “revolution” to overturn military coup.

“This is the darkest moment for the nation … this is the time for our citizens to test their resistance,” he said on Facebook.

He and other NLD politicians escaped arrest and have gone into hiding, and set up the parallel civilian government, the BBC reported.

They seek to be recognised internationally as the country’s legitimate government.