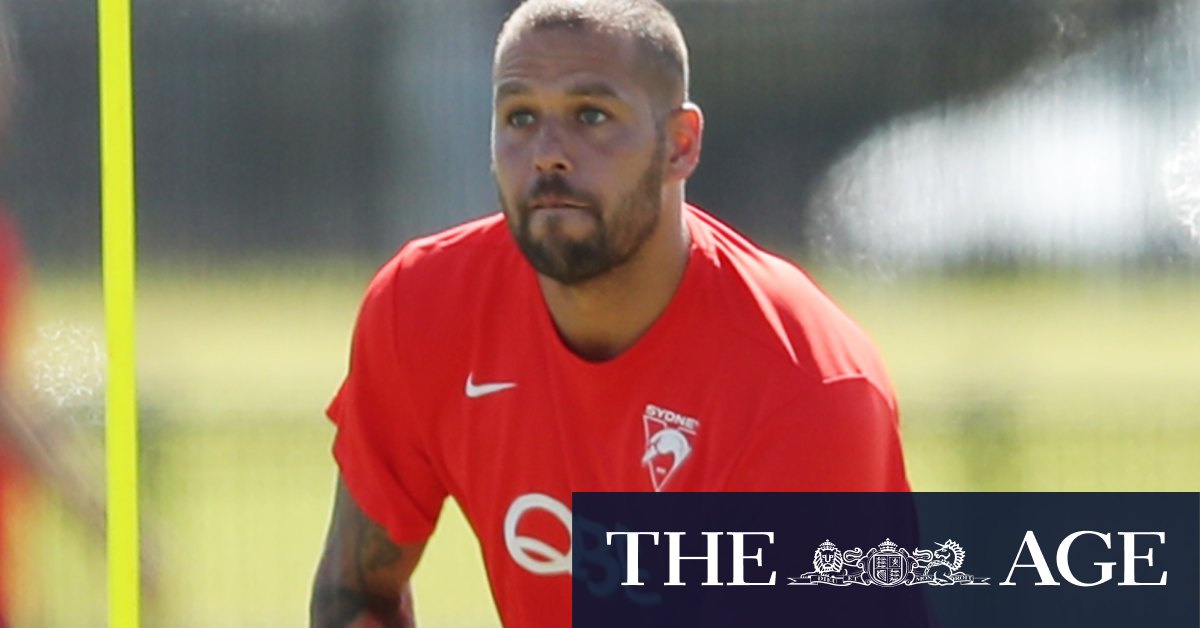 The Swans are increasingly confident Franklin will be back for at least one of those games. The four-time Coleman Medallist has played in just one of the Swans’ past 26 matches due to a series of soft-tissue injuries, the latest being a calf complaint which is delaying his start to the year.

“He continues to progress well and completed a 13-kilometre football session on the weekend,” the Swans’ head physiotherapist Damian Raper said. “He continues to train fully with the group and will look at a return to play early in the season.”

Reid had his right elbow in a brace last week but the Swans expect him to be available to lead what will be an inexperienced forward line.

Prized picks from last year’s draft, Logan McDonald, Braeden Campbell and Errol Gulden will all make their senior debuts against Brisbane at the Gabba on Saturday night.

The Swans last named three first-year players to make their debut in a season-opener in 1990 when future champion Paul Kelly, Brad Tunbridge and Shane Fell all came through.

McDonald is the club’s long-term successor to Franklin in the goal square while Gulden, a forward, and young gun Campbell are both highly rated graduates from the Swans’ Academy. Swans coach John Longmire broke the news to the players at a team meeting on Tuesday.

“It’s a bit surreal and also a bit of a shock, I think,” McDonald, the No.4 pick from last year’s draft, said. “I’m just over the moon. It definitely hasn’t sunk in yet.”

Campbell, the No.5 selection, also comes with a big reputation as a silky-skilled midfielder though he has been earmarked to play across half-back in his rookie season.

Previous Electric vehicles should get tax breaks and free tollways says Liberal MP
Next Five months on from concussion, still no firm return date for Haylett-Petty