‘There’s nothing to offer’: GPs inundated with calls as Victorians rush to book COVID-19 jabs

admin March 17, 2021 Victoria News Comments Off on ‘There’s nothing to offer’: GPs inundated with calls as Victorians rush to book COVID-19 jabs 13 Views 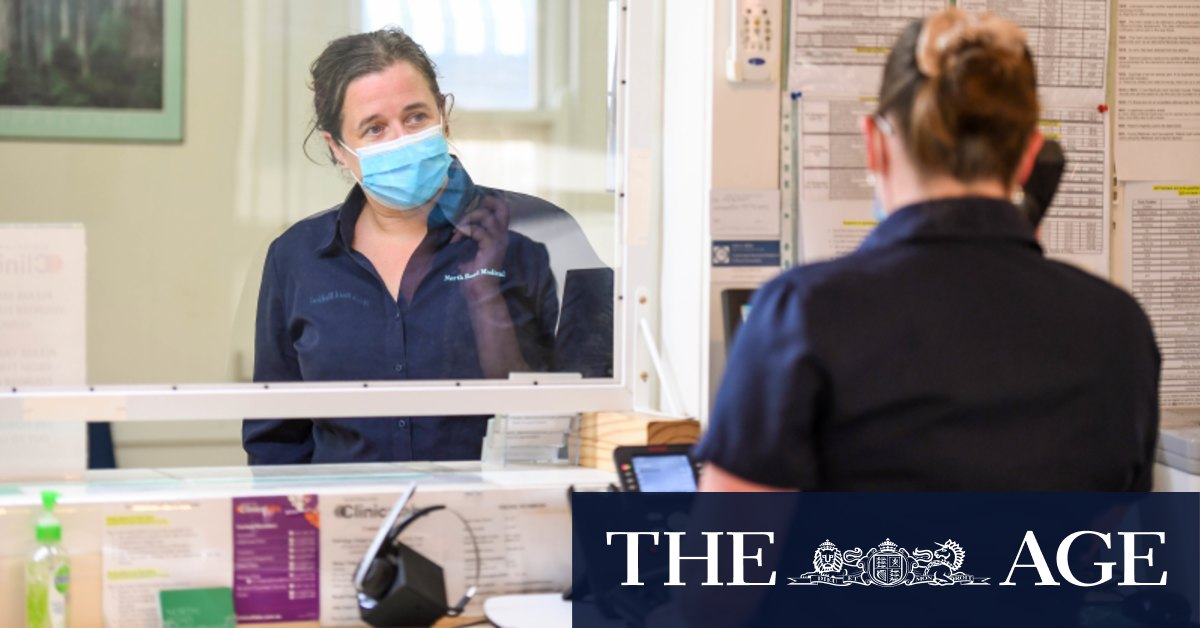 He said a nearby clinic’s phone system had collapsed due to a high volume of calls from people wanting the COVID-19 vaccine.

“They have no phones to use this afternoon and that is a major problem,” he said.

The situation prompted the Australian Medical Association and The Royal Australian College of General Practitioners to issue a joint statement calling on the federal government to urgently clarify the booking process for patients.

“It’s clear from the calls many general practices have received this morning that the government needs to better communicate with the community on the vaccine rollout process, and not build unrealistic expectations, particularly at this early stage,” RACGP president Dr Karen Price said.

The RACGP also asked Australians to wait three weeks before booking a COVID-19 vaccine appointment to ease the demand.

Dr Mukesh Haikerwal, who works at a respiratory and medical clinic in Altona North, said his receptionists had received “hundreds and hundreds” of calls on Wednesday.

“There’s nothing to offer, no vaccines in the fridge, so we aren’t taking bookings,” he said.

“You don’t want to sabotage the system by not having vaccines on hand.”

Federal Health Minister Greg Hunt called for calm, and suggested that GP receptionists could be turning away patients after not being provided with correct information

“Be calm this morning. This is a process that’s going to take some months,” he said.

“It’s not all going to happen in one week.”

Mr Hunt said Victoria had received more than 120,000 vaccine doses in the previous four weeks, but a “significant amount” had not been distributed.

Australians eligible for the vaccine under stage 1b include those over 70, more healthcare and front-line workers and people with certain medical conditions.

Phase 1b also includes critical workers, including members of the ADF, police, people working in meat processing and the household contacts of quarantine and border workers.

As of Tuesday evening, more than 203,500 people nationwide had been vaccinated, including 45,607 residents of 509 aged care facilities.

Mr Hunt said he expected this phase of the rollout to be completed by the middle of the year.

Australian Medical Association vice-president Chris Moy said people were apprehensive about the vaccine rollout because it was new and, unlike the annual influenza vaccine, wasn’t being delivered in large quantities to GPs.

“This is going to take a little while,” Dr Moy said.

“Don’t view it like a Taylor Swift concert where the tickets are going to run out, there’ll be plenty of vaccine in the end.”

The practice manager of Caulfield South’s North Road Medical, Rebecca Laver, said her clinic told the 800 patients who called on Wednesday that it would delay bookings until next week while it awaited delivery of vaccines. The first 80 doses arrived later that afternoon and the clinic is now working out how to best dispense them.

“We are worried about the onslaught of the next lot of phone calls,” Ms Laver said.

None of the six GP clinics writer Adam Parker rang in Melbourne’s south-east on Wednesday morning, including North Road Medical, could book him in for a COVID-19 vaccination.

Most of the clinics admitted they didn’t yet have the vaccine and didn’t know when they would be receiving it.

Mr Parker, a 54-year-old with type 2 diabetes, called news of the rollout a “bureaucratic fantasy”.

“[I was] disappointed, because you hear on the news that … the rollout is happening and ‘call now and make a booking’,” he said.

“You get a sense of optimism that everything’s going to be okay and then you’re, basically, left with … a complete mess up.”

Meanwhile, Nick Roberts, a 53-year-old diabetic, said he was unable to make a booking at the Delta Medical Services in Shepparton.

The Age has rung each clinic Mr Parker and Mr Roberts phoned and confirmed they were not taking bookings. Some were frustrated at being inundated with calls without being informed when they would receive doses.

Henrietta Cook is a senior reporter covering consumer affairs for The Age. Henrietta joined The Age in 2012 and has covered state politics and education.

Previous Students will suffer if battle over public space continues
Next Part slasher, part superhero, ‘Doom Guy’ is back in a big way