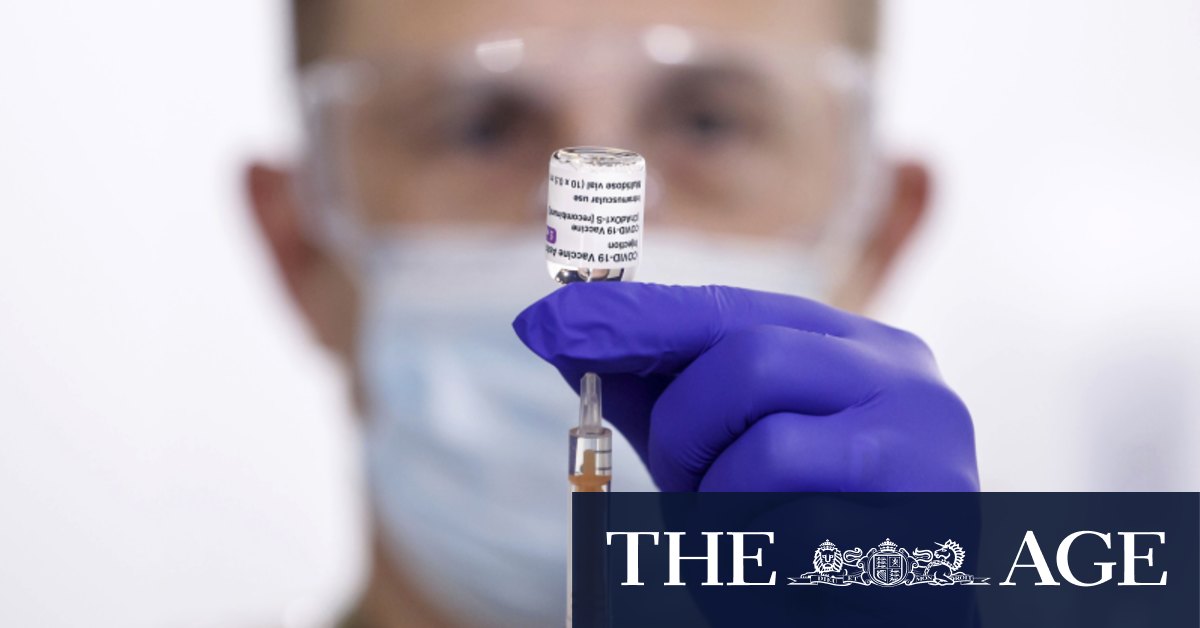 France, Italy, Germany, Spain, Portugal, the Netherlands, Bulgaria, Latvia and Lithuania announced on Thursday night that they would start handing out AstraZenca doses again over the coming days.

The countries had been under pressure to urgently restart the AstraZeneca rollout following the EMA’s conclusions.

Working with data from other agencies around the world, the EMA found the number of thromboembolic events reported during trials and the broader rollout was 469 – lower than what would normally be expected in the general population.

Sabine Straus, the chair of the EMA’s pharmacovigilance risk assessment committee, noted about 100,000 people develop blood clots each month in the European Union.

However, the EMA said more work was still needed to determine whether the vaccine may be connected to two rare but “very serious” clotting disorders.

The first, disseminated intravascular coagulation, is a disorder that involves tiny blood clots in multiple blood vessels. There have been seven reported cases of this condition.

The second, cerebral venous sinus thrombosis, creates clots in the large vessels that draw blood from the brain. There have been 18 cases of this disorder, some of which had caused deaths.

“Based on the evidence available and after days of in-depth analysis of lab results, clinical reports, autopsy reports and further information from the clinical trials, we still cannot rule out definitively a link between these cases and the vaccine,” Straus said.

However, she and Cooke stressed the cases were rare.

The two rare disorders will be added to the list of product risks so doctors and patients in Europe are aware of any potential risk.

Straus said the two rare conditions had been most prominent in women and young women but said it was too early to say whether that was simply because more people have been vaccinated in this group.

The AstraZeneca jab will represent the vast bulk of vaccines to be distributed in Australia.

The EMA released its findings amid major tension between AstraZeneca and the European Commission over slow deliveries. Europe on Wednesday threatened to take over the company’s factories unless more doses were given to EU members over the coming months.

Britain’s Medicines and Healthcare products Regulatory Agency on Thursday reported five cases of cerebral venous sinus thrombosis among 11 million people given the AstraZeneca vaccine but said the rollout should proceed.

“There is no evidence that blood clots in veins are occurring more than would be expected in the absence of vaccination,” said MHRA chief executive June Raine.

Munir Pirmohamed, the chair of Britain’s Commission on Human Medicines, suggested that even if a link between the clots and the vaccine was eventually established it wouldn’t halt Britain’s rollout.

“If we feel that there’s a causal link then we may need to update the product information, but overall, I don’t think that would necessitate a pause to any kind of vaccination program,” he said.