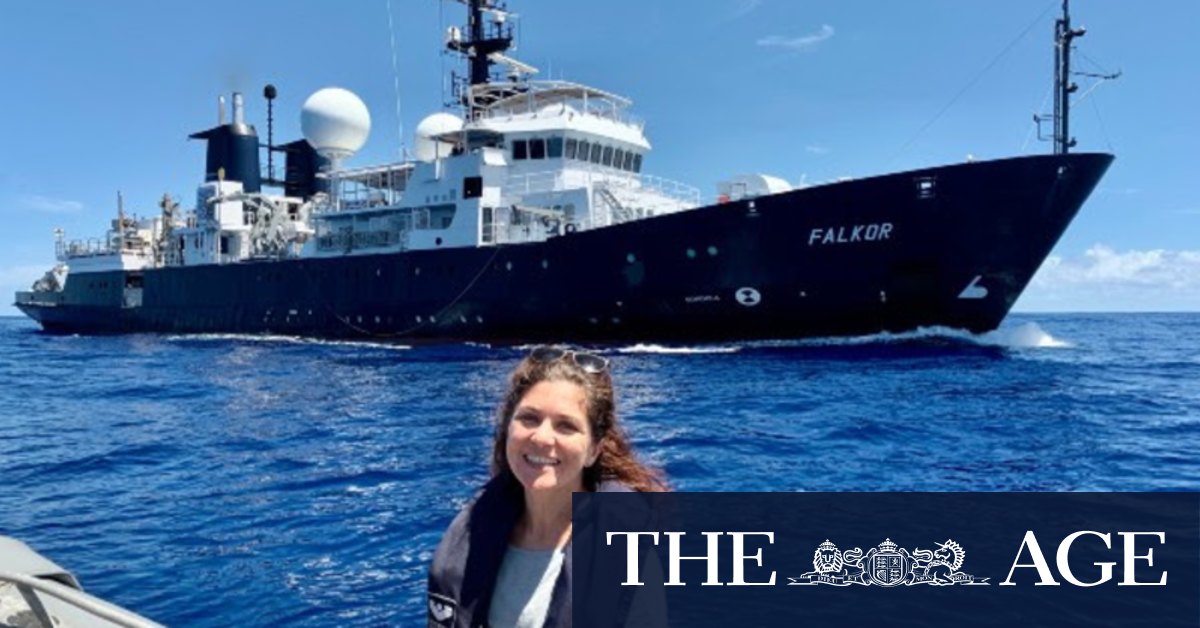 Dr Gürer explained that the difference between a continent and the ocean floor was about the make-up of the rocks found in each, with continental rock tending to have more silicates and aluminium minerals than oceanic crust.

“When Zealandia broke apart, it broke apart because there was an ocean basin that opened, and we’re trying to see if the nature of that basin at its base is oceanic,” she said.

“With the magnetic screening we’ve been doing, we can actually see the magnetism that is stored in basalt, and from that get an idea about the age and also the fabric of these rocks.”

The research team spent 28 days on the research vessel Falkor conducting the research, which included taking samples of the sea floor and the surrounding water.

Dr Gürer said they found visible microplastics in all but one of the 150 samples they took from near the surface of Zealandia, at depths up to 3500 metres, showing even lost continents could not escape the creep of plastic pollution.

“Once the plastics enter the ocean, they don’t really have any concept of continental boundaries, they just freely move,” she said.

“It wasn’t a huge surprise that we found microplastics given their prevalence globally, but it was still quite shocking how much we found, and that we found them consistently across almost all the samples.”

Dr Gürer said the findings backed up other research suggesting there appeared to be a higher concentration of microplastic fibres in the deep ocean.

In the end the team mapped 37,000 square kilometres of Zealandia’s northern edge, as part of the Seabed 2030 project, which aimed to map the entire ocean floor by 2030.