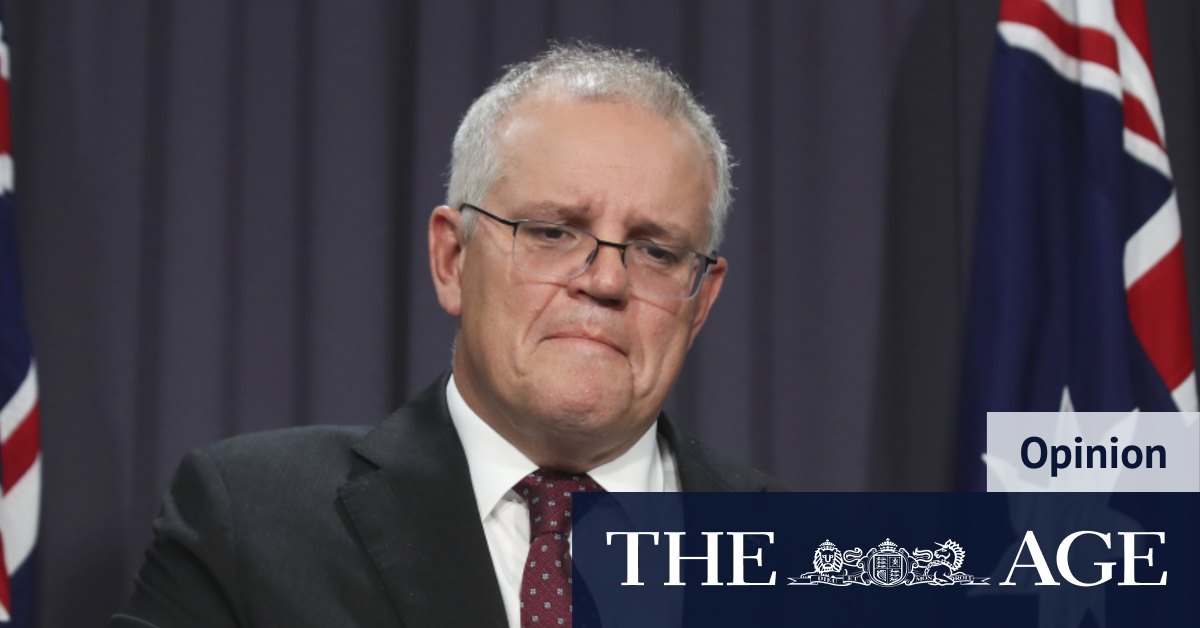 “Emotion of the moment” is still too smart by half. The exchange with Clennell came across as a prime ministerial tantrum, calculated to intimidate every journalist in the room. “You are free to make your criticisms and to stand on that pedestal but be careful,” he had said.

Morrison, as is well understood by now, bristles at the very idea of scrutiny. He is an open book at the start of a press conference, when he delivers his introductory monologue. Then he goes into shutdown mode when the questions start. The tragedy of Tuesday, from his perspective, is that he couldn’t break this habit even when he consciously set out to avoid showing that side of himself.

John Howard used to describe these exercises as the act of “bearing your throat” to the public. He wanted voters to know he had stuffed up, and would signal his humility to the press gallery by taking questions from journalists he regarded as critics. He was always respectful, especially to the news breakers. For instance, Howard would never have answered ABC journalist Anne Connolly with the words: “I’m the Prime Minister. This is my minister. Our cabinet will decide our response to this royal commission, OK?” This, at a conference Morrison called to unveil the report of the aged care royal commission. It was Connolly’s Four Corners expose of the scandal of aged care which had prompted the commission in the first place.

That press conference on March 1 was a shambles because Morrison released the eight-volume report without letting journalists read it first. “There will be plenty of opportunities to ask many questions,” he said. “This isn’t the only day I’ll be standing before you on this. Today I’m here telling Australia we have released the royal commission. We commissioned it.” If you search the Prime Minister’s media centre with the words “aged care”, guess how many questions have been asked of him since that day? Zero.

The past month has been shocking for Morrison, in part, because the electorate is suddenly unknowable to him. Part of the rage seems directed at the idea of him, a brash middle-aged male politician running the country at a time of cultural reckoning.

This detail is easy to forget, but the workers who run the real economy, and who care for our children, the elderly and the disabled, look nothing like Morrison, or his blokey cabinet and backbench, and their entitled male staff.

The single largest group of workers by occupation today are female professionals. Women like Brittany Higgins when she was allegedly raped in Parliament House two years ago by a male colleague. They are 1.8 million-strong and they represent 55 per cent of all professional workers. But, as Morrison noted this week, they are still paid less than their male peers.

Women first outnumbered men in the professions in May 2004, when Howard had been prime minister for eight years and Morrison was in his final year as state director of the NSW Liberal Party. At the time, the largest group of workers were still tradesmen and technicians, numbering 1.25 million, and politics bowed at the altar of their ute. Professional women overtook them in May 2015, just before Tony Abbott lost the prime ministership to Malcolm Turnbull and Morrison was promoted to the role of treasurer.

Between those two historic shifts in favour of professional women is a second transformation in the caring economy. Women working in community and personal services now outnumber male labourers. That line was crossed in May 2012, six months after Julia Gillard gave her famous misogyny speech to Parliament.

If Morrison really wants to know what makes women mad, it is that they still have to rely on men to fix the problem with men. While our economy and society relies on the brain power and care of women, 60 per cent of the managers in the country are still men.

The danger for Morrison now is voters might start thinking that his defeat is a precondition for real change.

George Megalogenis is a journalist, political commentator and author.

Previous ‘Trapped and we can’t get out’: Botox, laser hair removal clinics face franchisee uprising
Next Tale of two coaching styles serves as lesson to us all