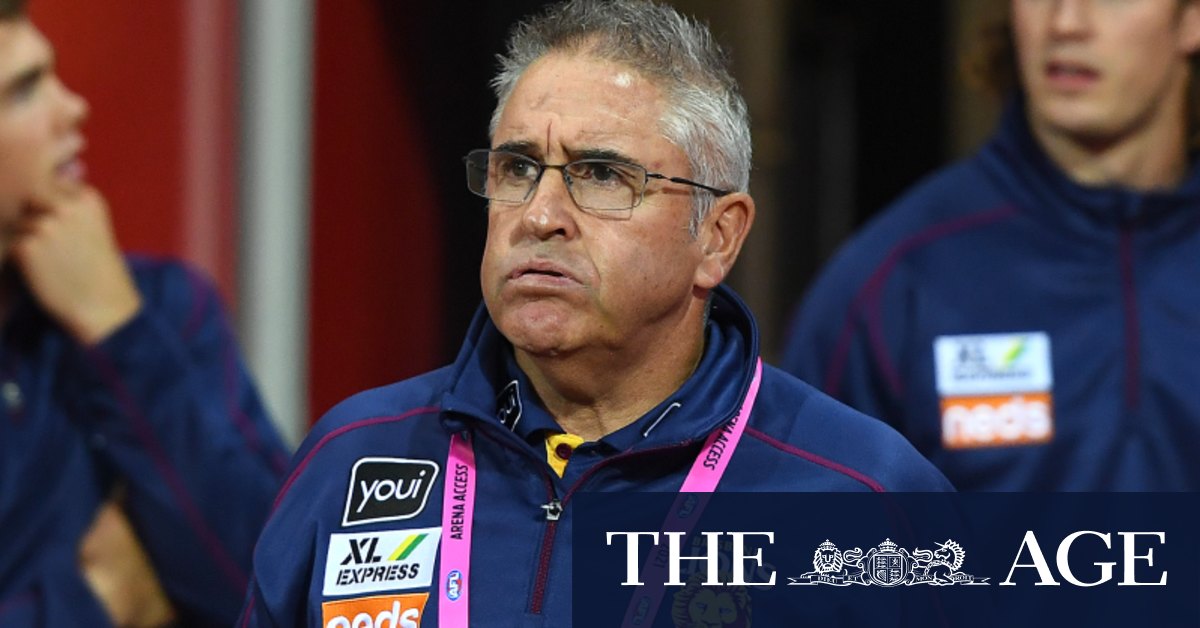 “We will just be ready to do whatever we have to do.”

He refused to lay the blame of the one-point loss on the news supporters had to leave the ground if they had been in a hotspot, which was announced via the public address system, or on the decision not to award a free kick against Geelong defender Mark Blicavs, who disposed of the ball illegally in the dying seconds when Zac Bailey tackled him.

He said the looming COVID-19 issue was not mentioned and he took the fifth amendment when asked about the controversial decision.

“I can’t comment on umpiring decisions. I haven’t in the four years that I have coached and I am not going to start now. I don’t think it is constructive.,” Fagan said.

Blicavs told ABC Radio that he didn’t think he had prior opportunity, although he tried to evade the tackle and keep his arms free before losing possession.

The Lions kicked the first four goals of the final quarter to hit the lead and were only denied a dramatic win after Cats’ recruit Isaac Smith regained the lead with a stoppage goal. They were unlucky with their ruckman Oscar McInerney hobbling with an ankle injury for most of the game.

Geelong coach Chris Scott said he was relieved to get the win but the Cats remained a fair way off their best football. He praised the efforts of Charlie Constable and Mark O’Connor in the midfield, with a suspended Patrick Dangerfield and injuries to Sam Menegola and Mitch Duncan weakening that area of the ground.

The Cats coach defended his decision to become involved in a discussion at quarter time with Lachie Neale over an incident involving Gary Rohan after Rohan swung an arm at Neale.

“I was walking onto the ground and Lachie Neale just said to me something, I couldn’t understand exactly what he said, but something about Gary Rohan. And I said I’m happy to have the conversation with you if you like,” Scott said.

“I have seen the vision, and I am comfortable with it.

“I suspect he didn’t hear all of that. That is all that was said. I think a few of the Brisbane players – they were not paying me compliments but I didn’t say anything after that.”

He said he was hopeful Rohan would be available to play against Hawthorn and said Neale had instigated the scuffle.

“I think Neale strikes Gary on the chest and then Gary struck him on the chest,” Scott said.

“The vision is clear. I am certainly not saying he did the wrong thing, that’s footy, but I have had a pretty good look at what Gary did and I’m comfortable with it.”

Previous The country pub that saved a village searches for a new future
Next Dominion Voting sues Fox News for $US1.6b over 2020 election claims