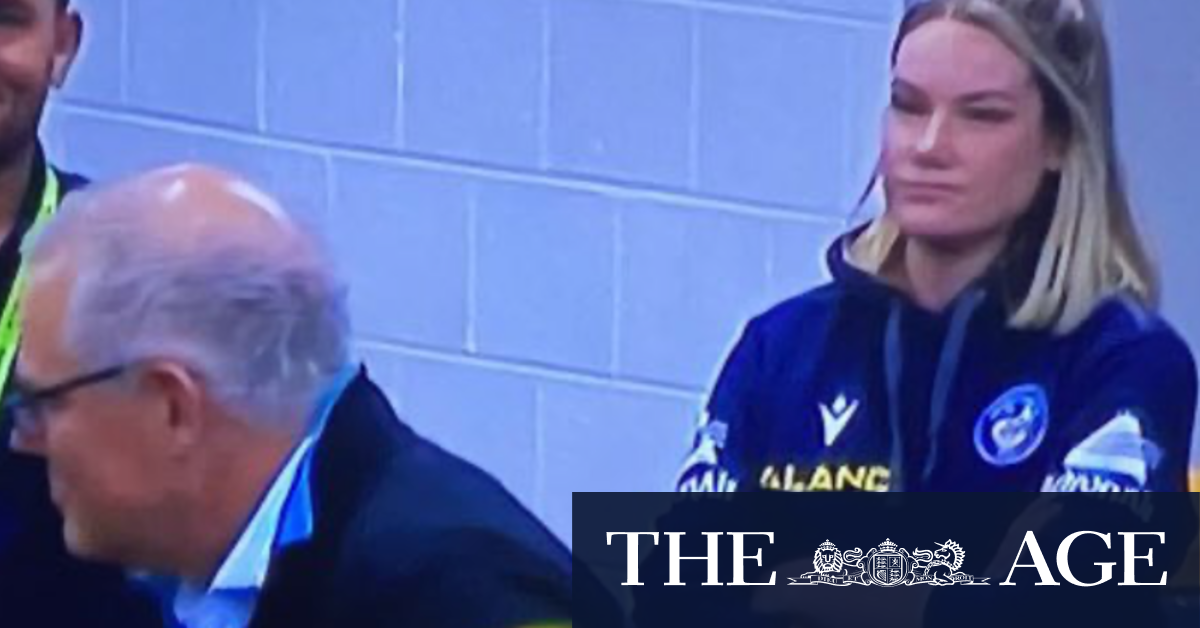 “Tahleya was responding to a social meme that was not of her making,” an official statement from the club read.

“The club is comfortable with her clarifying her personal position and we consider the matter closed.”

When contacted by the Herald, Eggers said she did not wish to discuss the issue further and had been requested to direct all inquiries back to the club.

On Saturday, the Eels’ official Twitter page uploaded a photo of the Prime Minister in the sheds and wrote: “He’s ours now @Cronulla_Sharks”.

In recent weeks, the Morrison government has been criticised for its handling of numerous allegations of bullying, harassment and sexual assault within the walls of parliament.

Most recently, Queensland MP Andrew Laming announced he would not contest the next federal election after a string of allegations were levelled against him over poor behaviour towards women.

After addressing Laming’s behaviour on Saturday, Morrison went on to watch the game at Bankwest Stadium.

The debate over whether to introduce an 18th man to the game was reignited after the Sharks had no players on the bench by half-time. Cronulla lost Wade Graham, Briton Nikora and Will Kennedy to concussion, while winger Sione Katoa suffered an MCL injury.