Tszyu knocks out Hogan in fifth round, eyes world-title fight

admin 3 weeks ago Sport Comments Off on Tszyu knocks out Hogan in fifth round, eyes world-title fight 6 Views 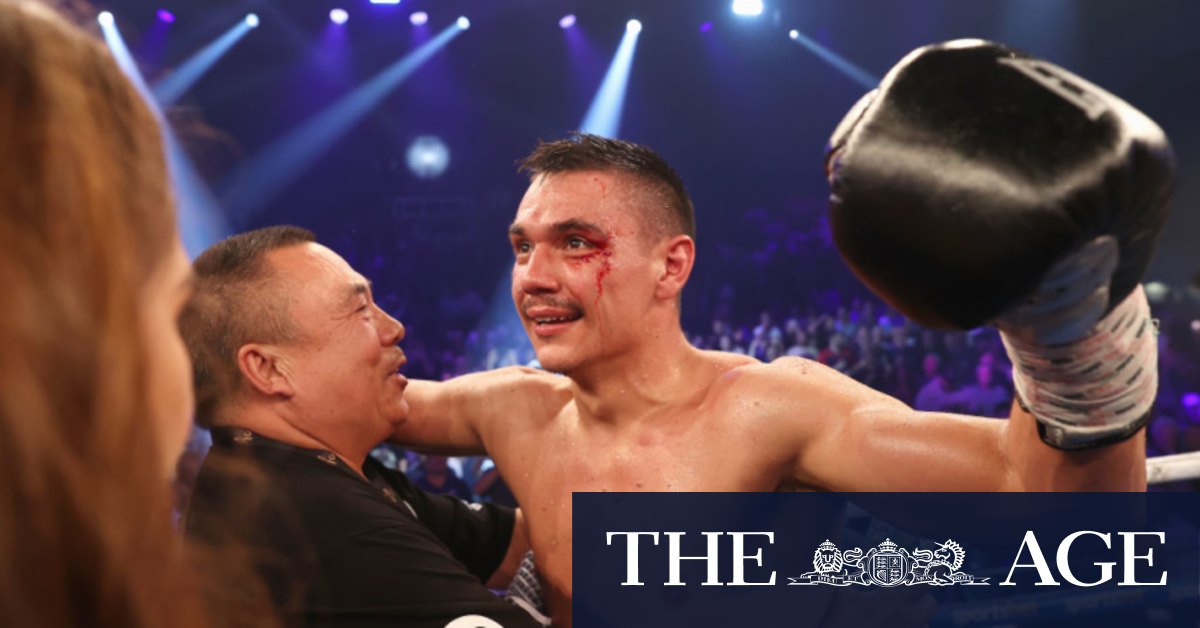 “I know what it was,” the referee warned the Hogan camp.

From that point on Tszyu dominated, unleashing a series of savage combinations in the fourth and fifth.

The Tszyu camp included a rematch clause in the contract. Hogan’s manager, Danny Dimas, interpreted this as a lack of confidence in their charge. It will not have to be enacted.

Tszyu was badly in need of a workout after touching up Jeff Horn. His previous fight, against Bowyn Morgan in December, lasted just two minutes before the Kiwi was assisted out of Bankwest Stadium. Even after finishing off his latest opponent early, Tszyu declared: “I was just warming up.”

Hogan was a significant class above Morgan. ‘The Hurricane’ contested for a world title on two occasions, losing one of the bouts in a controversial points loss. But with each new challenge, Tszyu has risen to meet it.

Tszyu’s promoters, No Limit, have expertly guided his career to this point. Now the real fun begins. They must navigate through the murky world of global boxing politics in a bid to make a title fight happen.

In their favour is the Tszyu surname, the lure of a relatively COVID-free Australian destination and the fact that their charge is now a proven performer of international standard.

The ‘Steel City Showdown’ had all the theatrics one would expect from an event of this magnitude. Latrell Mitchell was charged with knocking on Tszyu’s dressing-room door so the favourite could commence his procession into the ring.

There were plenty of other big-name sporting stars in attendance. League identities included Andrew and Matthew Johns, Mitchell, Cody Walker, James Roberts, Will Smith and Tyrone Roberts. Soccer stars Ali Abbas and Mark Milligan also witnessed the action, while Paul Gallen and Lucas Brown got a close-up look at each other before their own bout.

So what is next for Tszyu?

With the possible exception of the local and loud Michael Zerafa, Tszyu has now conquered Australia.

Coming into the Hogan clash, he was ranked No.1 in the IBO, two in the WBO, three in the IBF and seven in the WBA. His list of targets is likely to include WBO champion Brian Castano, WBC, IBF and WBA champion Jermell Charlo – the twin brother of Jermall, former world champ Liam Smith or the likes of Magomed Kurbanov or Patrick Teixeira.

If none of them are amenable, Zerafa is a fallback option.

In the main lead-up fights, Sakio Bika won his third and deciding clash with Sam Soliman, Paul Fleming earned a TKO victory over Tyson Lantry and Wade Ryan won a thriller against Koen Mazoudier, via a TKO in the final round.

Previous As it happened: Tim Tszyu v Dennis Hogan at Newcastle Entertainment Centre
Next Think twice before branding someone a narcissist