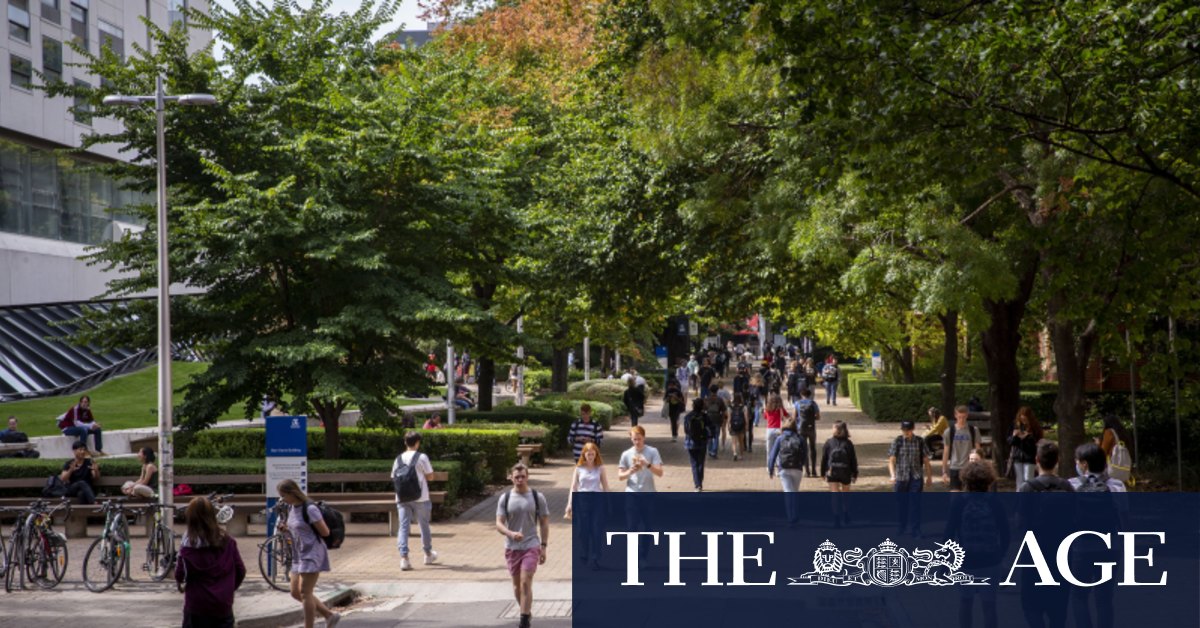 Other Victorian universities including Monash, La Trobe, Swinburne and Deakin have also slashed staff and subjects, as the pandemic disrupted international student enrolments that provide on average 32 per cent of their revenue. The sector was also locked out of the federal government’s wage subsidy scheme, JobKeeper.

On Victorian campuses in the past year, more than 660 individual subjects and at least 13 entire courses have been cut or reduced across fields including the arts, education, languages, science and landscape architecture.

At Melbourne University, science faculty staff have been told that “low enrolment subjects” would be deleted including quantum field theory, physical cosmology and advanced environmental computation.

Senior teaching positions including in genetics, biosciences and chemistry will be made redundant along with multiple lab technicians and office staff.

Six of the faculty’s seven schools are forecast to run substantial deficits in 2022, while the chemistry school “is no longer financially viable”, staff were told.

A university spokesman confirmed the deficits were due to the pandemic as well as to changes to Commonwealth funding.

The cuts raise questions about the Morrison government’s Job-ready Graduates funding changes which reduced tuition fees to encourage enrolments in science and other disciplines deemed “job-relevant”.

John Rice, executive director of the Australian Council of Deans of Science, said there was a fear that the Job-ready Graduates changes would hurt the sciences, because while fees for students were reduced, so too was the government contribution per student to universities.

“We were very worried changes like this would happen on account of Job-ready Graduates,” Professor Rice said.

A bachelor of science at Melbourne University is the most popular degree in the state, Victorian Tertiary and Admissions data shows.

Monash University took a similar blow to its reputation when it announced a number of cuts to its arts courses in September, including a public campaign to reverse its closure of the Centre for Theatre and Performance.

Monash, the state’s largest university, has not closed courses but has cut 607 individual subjects, vice-chancellor Margaret Gardner has confirmed.

“It was not a happy circumstance. But we do offer in access of 5300 subjects every year,” Professor Gardner told The Age.

National Union of Students president Zoe Ranganathan said that universities were taking different approaches to cutting back on course content, with some second-tier universities scrapping entire courses, while wealthier universities “are more trimming down what they call excess subjects”.

But either way it was a loss in the quality and range of learning, Ms Ranganathan said.

“No matter which way you go about it, it’s still cutting a significant amount of learning, of teaching resources and of valuable knowledge that is never going to be passed down to anyone.”

La Trobe University has cut entire bachelors and masters degrees in response to big losses, mainly from its schools of humanities and social sciences and education.

Swinburne dumped languages even though student fees were cut by 45 per cent, from $6804 to $3700, under the Job-ready Graduates plan.The Morrison government has put language studies among its national priority courses in its fee overhaul, and the fee cut is an incentive for students.

However, the reforms leave universities $151 worse off for every language student they enrol.

In internal correspondence late last year Swinburne University told staff that the Job-ready Graduates changes were key to its decision to discontinue some courses.

Victoria University and Federation University both say they have made no cuts to courses due to the pandemic.

RMIT University has left open the possibility of cuts telling The Age that “courses and programs are regularly reviewed to ensure they align with in-demand skills and industry needs, and some may be discontinued where there is limited student demand”.

Farrah Tomazin is a senior journalist and investigative reporter with interests in politics, social justice and legal affairs. She recently helped cover the 2020 US presidential election for The Age & Sydney Morning Herald.

Royce Millar is an investigative journalist at The Age with a special interest in public policy and government decision-making.