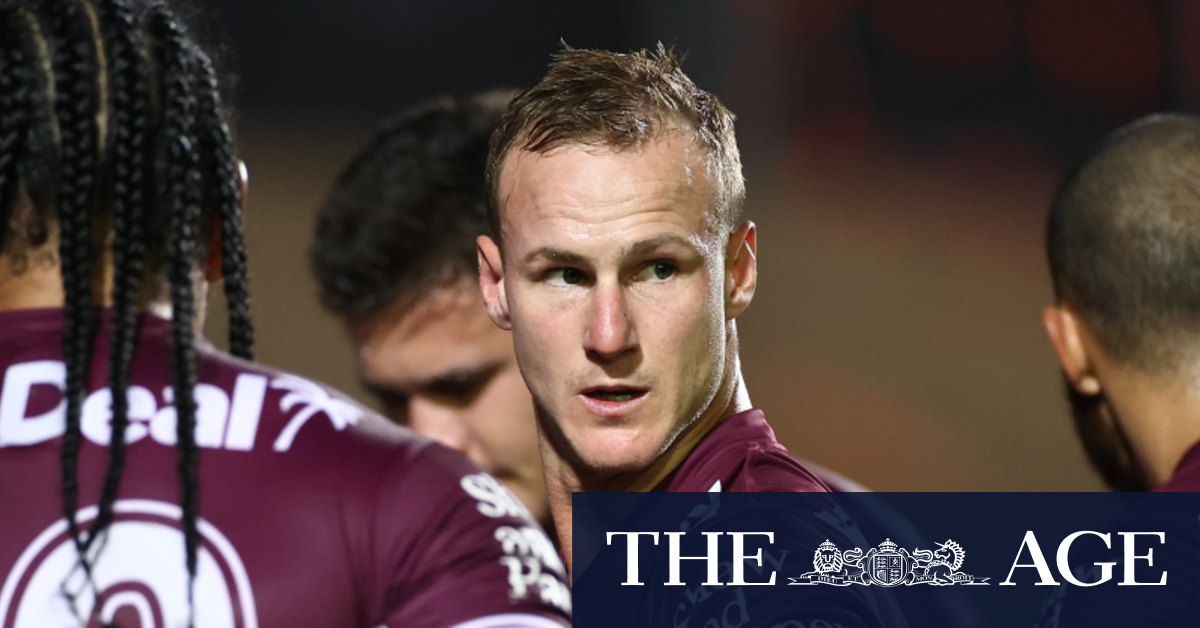 “A guy like ‘Turbo’ [Trbojevic] will help us, but he will not fix what is happening at the moment, unless he defends in the front line for us. Defensively we’re not sound at all.”

Sea Eagles majority owner and chairman Scott Penn and chief executive Stephen Humphreys were locked in intense discussions moments after the 46-6 drubbing against Penrith at Lottoland, their largest defeat at their spiritual home.

Manly hasn’t collected a wooden spoon in their 75-year history.

Club officials were coy about the specifics of any changes they will implement to support Hasler and his players, but the Herald was told on Friday a shake-up is imminent.

It’s only a fortnight after announcing a performance-based two-year contract extension for Hasler, whose side has won only once in their last 13 matches including the back end of last season.

Hasler needs Manly to make the finals either this year or next to trigger a 12-month option for 2023.

Penn defended the club’s insistence on the performance clause when he spoke to the Herald last week and stressed the NRL side’s start to the year was unacceptable and unexpected.

“We don’t have time to mope around and feel sorry for ourselves,” five-eighth Kieran Foran said. “We’ve just got to get on with the job.

“We’ve got to fix what needs to be fixed and find a way to win. It’s as simple as that. We can’t keep turning up and putting in performances like that. This club is better than that. We certainly didn’t see our season starting like this.

“It was pretty disheartening looking around there [on Thursday] night and you want to put in a great performance for all your fans. This is a proud club, it’s a club that has had a lot of success over the years. The fans deserve to come to Lottoland and see us in games challenging for the two points.

“Dessy is doing a phenomenal job preparing us each and every week, but it’s up to us get the job done.”

Former Sea Eagles prop Addin Fonua-Blake will be hoping to dance on Manly’s grave next week after quitting the northern beaches to join the Warriors late last season.

Cherry-Evans said he had remained in contact with the powerhouse prop, and while “the boys know first-hand what he can do, hopefully we also know what to do when it comes to stopping him”.

“It will be a good challenge for our pack,” he said.

The NRL match review committee added insult to injury when they charged Morgan Boyle for a grade one crusher tackle on Brian To’o, meaning he will miss one match with an early guilty plea. Boyle failed to finish the match with a dislocated shoulder.