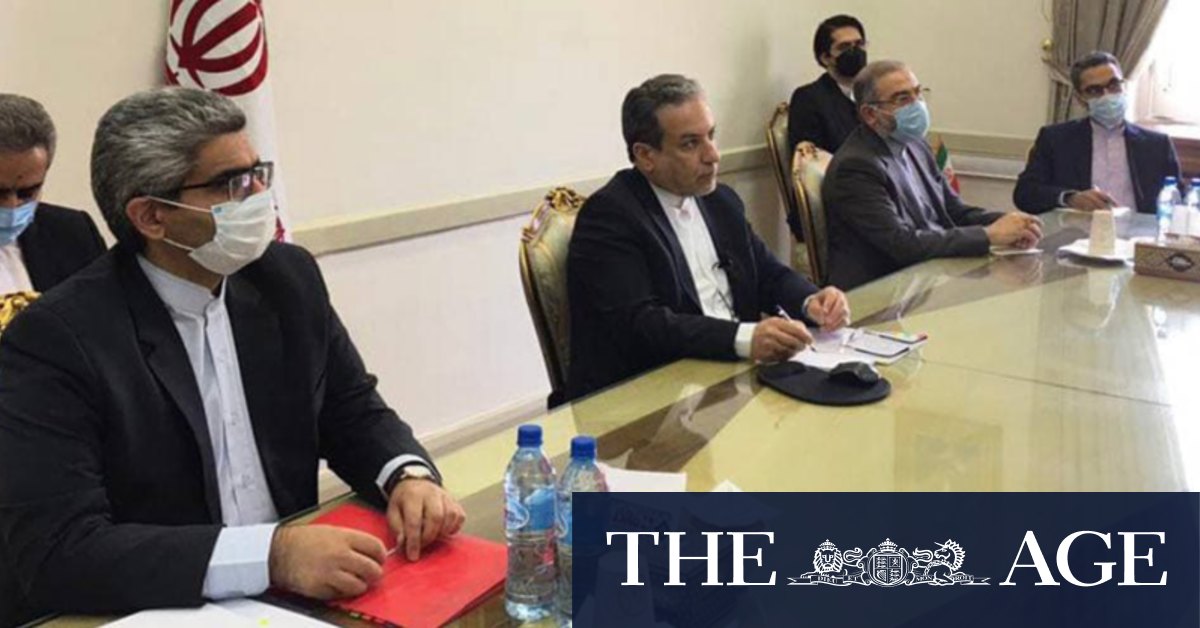 Iranian state television quoted Abbas Araghchi, Iran’s nuclear negotiator at the virtual meeting, as saying during Friday’s discussions meeting that any “return by the US to the nuclear deal does not require any negotiation and the path is quite clear”.

“The US can return to the deal and stop breaching the law in the same way it withdrew from the deal and imposed illegal sanctions on Iran,” Araghchi was quoted as as saying.

Russia’s ambassador to international organisations in Vienna, Mikhail Ulyanov, said that “the impression is that we are on the right track, but the way ahead will not be easy and will require intensive efforts. The stakeholders seem to be ready for that.”

Any return of the United States would involve complications.

Iran has been steadily violating the restrictions of the deal, like the amount of enriched uranium it can stockpile and the purity to which it can enrich it. Tehran’s moves have been calculated to put pressure on the other nations in the deal – Russia, China, France, Germany and Britain – to do more to offset crippling sanctions reimposed under Trump.

Iran has said that before it resumes compliance with the deal, the US needs to return to its own obligations under the deal by dropping the sanctions.

The International Atomic Energy Agency has said that over the past two years, Iran has accumulated a lot of nuclear material and new capacities and used the time for “honing their skills in these areas”.

The ultimate goal of the deal is to prevent Iran from developing a nuclear bomb, something it insists it doesn’t want to do. Iran now has enough enriched uranium to make a bomb, but nowhere near the amount it had before the nuclear deal was signed.

As part of its ongoing violations of the JCPOA, Iran last month began restricting IAEA inspections of its nuclear facilities. Under a last-minute deal worked out during a trip to Tehran, however, some access was preserved.

Under that temporary agreement, Iran will no longer share surveillance footage of its nuclear facilities with the IAEA, but it has promised to preserve the tapes for three months. It will then hand them over to the Vienna-based U.N. atomic watchdog if it is granted sanctions relief. Otherwise, Iran has vowed to erase the tapes, narrowing the window for a diplomatic breakthrough.

Duke of Edinburgh, the prince of paradoxes, offers a clue on how to bridge the great climate divide