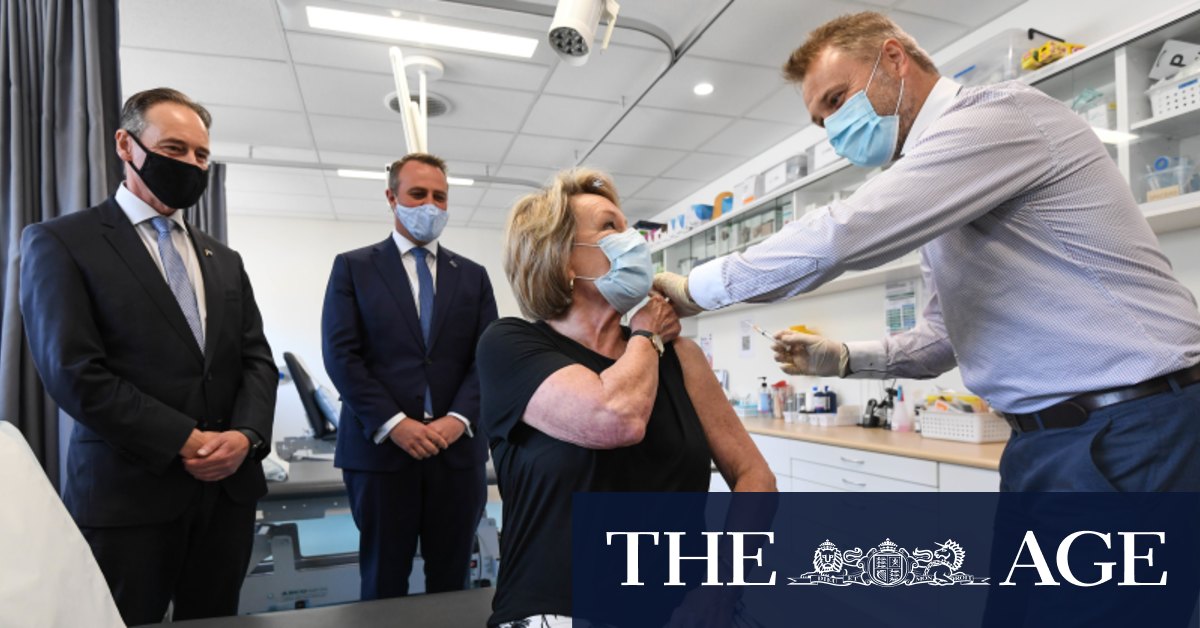 The federal government began advertising two weeks ago for additional assistance – in every state and territory – to roll out the vaccine to residential aged care staff and other people in the 700,000-strong phase 1a cohort. The documents suggest Phase 1a won’t be completed until the end of May.

That is despite Health Minister Greg Hunt saying on February 25 the government would complete phase 1a in six weeks. He insisted last week Australia’s vaccine rollout remained “on track” and the pace of the program was increasing along with the domestic AstraZeneca supply.

Two Health Department “approach to market” tenders were published on the AusTender website on March 16 and 17 respectively, both with a closing date of April 30.

One asked for private companies to provide for the “safe, targeted and timely administration of approved COVID-19 vaccines (Vaccine) for the Phase 1a cohort across Australia by late May 2021” and the second asked the same for residential aged care staff by late May 2021.

At present four firms – Aspen Medical, Healthcare Australia, International SOS and Sonic Clinical Services – have been contracted by the Commonwealth to assist with the rollout, while the number of GPs delivering doses is expected to rise from 1000 to about 4000.

The tenders ask the private sector to supply services for the rollout including “all aspects of vaccine administration” including a trained workforce, inventory management, scheduling of appointments, cold storage and security.

The tenders suggest the government expects the first phase of vaccinations won’t conclude until the end of May, something Mr Hunt has not stated publicly.

Questions to Mr Hunt’s office were referred to the department. A spokesman said: “The vaccination program has been designed from the outset to continually expand, particularly with the certainty of supply available from the Australian production of the vaccine.

“The tenders enable further providers to join the vaccination rollout where they meet the safety accreditation and it is logistically possible to do so.”

Europe’s decision to block the export of more than 3 million AstraZeneca doses significantly slowed the rollout but onshore production of the AstraZeneca vaccine by Melbourne company CSL is slowly ramping up to 1 million doses per week.

On the blood clotting issue, Professor Kidd said authorities were still investigating the Melbourne case and “while at this time we don’t have evidence of causality … it is likely that the case reported yesterday is related to the vaccine”.

Professor Kidd also said “if the states and territories have the capacity to be involved in now moving towards the vaccination of people within 1b, we’re very happy to have those discussions with them”.

Our Morning Edition newsletter is a curated guide to the most important and interesting stories, analysis and insights. Sign up to The Sydney Morning Herald‘s newsletter here, The Age‘s here, Brisbane Times’ here, and WAtoday’s here.