Breaking News
Home / Sport / ‘We are just getting started’: Walker stars on debut for Roosters

‘We are just getting started’: Walker stars on debut for Roosters

admin 2 weeks ago Sport Comments Off on ‘We are just getting started’: Walker stars on debut for Roosters 5 Views 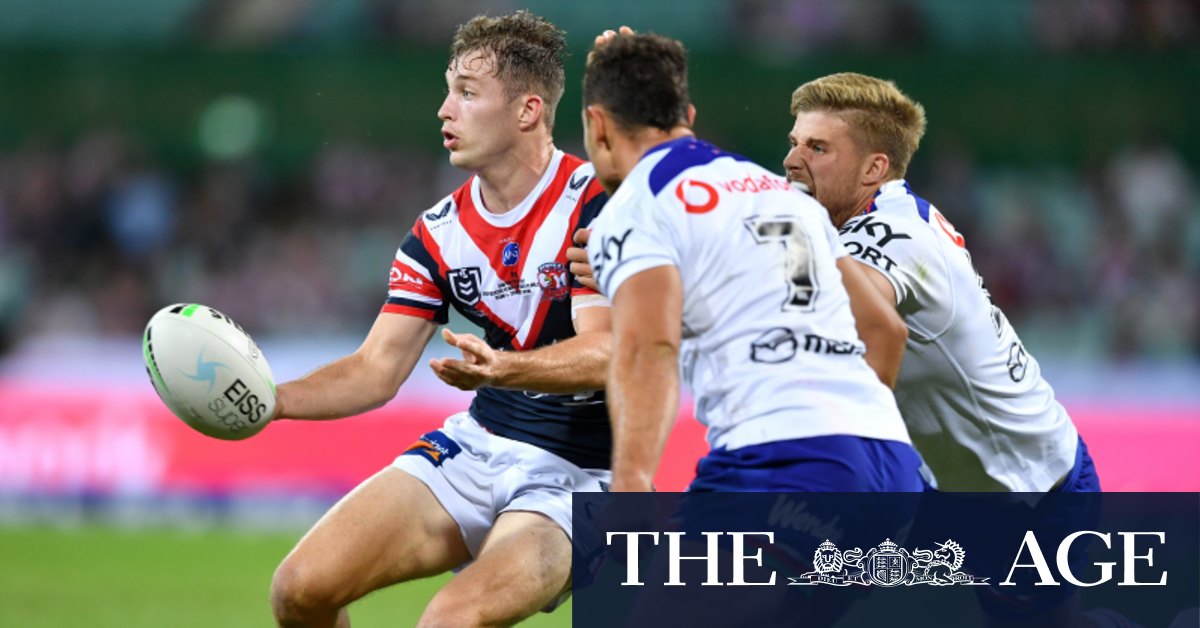 “That’s the bit I really enjoyed that he played that way tonight, rather than trying to put everything into one game. He said, “I’m going to start with how the team needs and then I’ll build again next week.”

The stable efforts from the rookie halfback also fired up the Morris brothers, with Brett claiming a double before Josh score a try in the 71st minute to secure the game. The mixture of experience and young blood would be exactly what the Roosters need to overcome the injury chaos that has plagued the club.

Walker even stepped up when the Roosters needed a goalkicker. He made the conversion, leaving the night with a 100 per cent strike-rate.

“There’s a lot of footy in the kid … we are just getting started,” Robinson said.

More headaches were created with Sitili Tupouniua failing a HIA in the 12th minute.

Brett Morris also raised alarm bells when he failed to come up from a tackle in the second half, a rare sight for the durable veteran.

After the injury was deemed a cork in his calf, Morris received a quick leg massage on the field before going on to score his second try. He was taken off for the final 10 minutes as a result, but Robinson said the move was precautionary.

The visitors managed to get the first points with Adam Pompey finding a kick from Kodi Nikorima to sail over the try line. But only one more try would follow, with the Warriors failing to get any points in the second half.

The Warriors also added to their list of injuries with Addin Fonua Blake taken off after just 10 minutes with a game-ending knee injury.

Time was also stopped in the first half with Jazz Tevaga clutching at his ankle. He played on for the rest of the half but played limited minutes in the second half.

Warriors coach Nathan Brown said Fonua-Blake was unlikely to play in round five, with just a five-day turnaround for the club before facing Manly on Friday.

Brown also sang the praises of Walker, and put the loss down to the quickness of the Roosters compared to his side.

“Debuting with a club like the Roosters, it’s obviously a good thing for a kid because he plays with a lot of good players.

“He looks a player, doesn’t he? I’m sure over the years he will develop and end up being a good long-term player for the Roosters.”