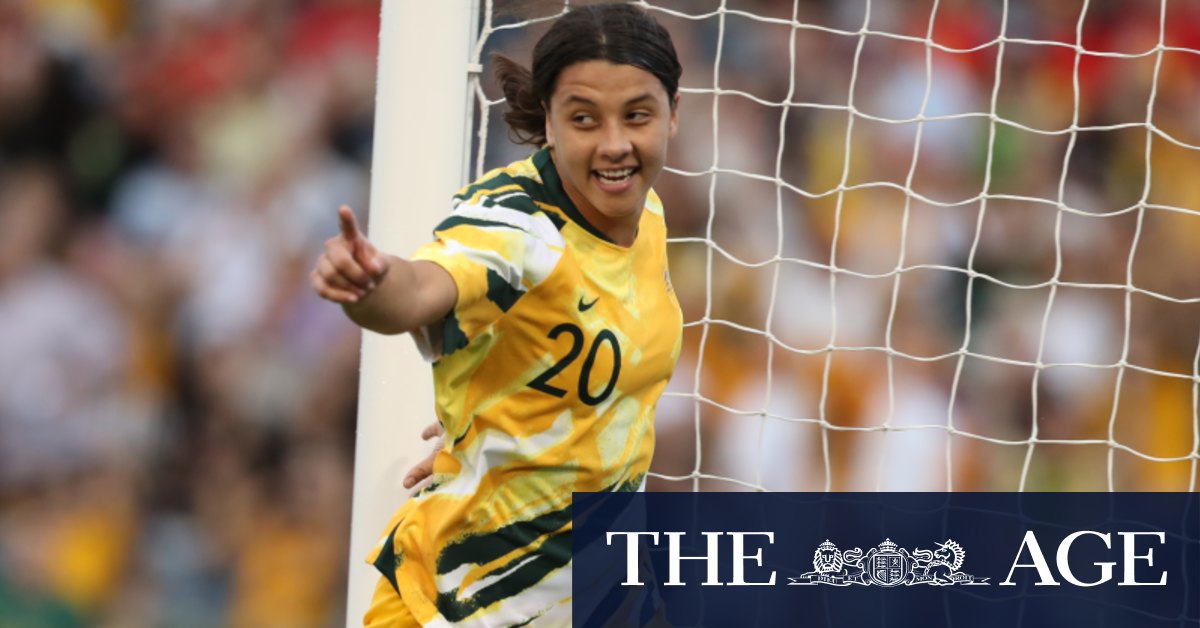 Football Australia is set to cash in on the growing popularity of Sam Kerr and the World Cup-bound Matildas, along with the Socceroos and junior teams, after re-gaining the broadcast rights to all national teams.

In a major boost for the cash-strapped organisation, and ahead of the Matildas’ first game in over a year on the weekend against Germany, Football Australia has regained ownership of all its match content outside of specific tournament-owned broadcast deals such as Olympic games and World Cups, and will take it to the market next week.

That includes the broadcast rights to all Socceroos and Matildas internationals, friendlies, Asian Cup qualifiers and World Cup qualifiers that it can now on-sell to broadcasters. The rights to the core of those games were previously held by Fox Sports.

The rights to all Australian internationals will be sold independently to the A-League, giving the FA its first test in learning the true value of its national teams in the broadcast market. Previously, Socceroos games were bundled with the rights to the A-League as one package held by Fox Sports while all rights qualifiers were owned by the Asian Football Confederation. The opportunity to sell all national team content gives FA a significant chance to increase its bottom line after suffering a cash-flow crisis last year relaeting to the COVID-19 pandemic.

“Football Australia will be in the media market Tuesday next week. We are unbundled now so we have a focused package on national teams,” FA chief James Johnson said.

“There are a lot of national team games because of the backlog of the calendar in the lead-up to Qatar 2022 and Australia and New Zealand 2023. We will go to market with even more national team games than what we have had in the past and I think that is a very attractive market in this competitive environment that we have in broadcast today.”

International football has been in forced hibernation for Australian teams due to the the COVID-19 pandemic for over 12 months, but the Socceroos or the Matildas are set for a busy 2021 due to the postponed games and tournaments.

The Matildas play their first match under new coach Tony Gustavsson on April 11 away to Germany, before facing The Netherlands three days later in Neijmegen. Gustavsson has selected an entirely overseas based squad for the two European matches, including Matildas captain Kerr who is in red-hot form for Chelsea.

Kerr moved joint top of the scoring charts after netting a hat-trick for the Blues in their 6-0 thrashing of Birmingham on Sunday morning, growing her season’s tally to 17 goals in just 19 appearances this season.