‘The memory of a goldfish’: Ferguson survives aerial raid as Eels win

admin 2 weeks ago Sport Comments Off on ‘The memory of a goldfish’: Ferguson survives aerial raid as Eels win 8 Views 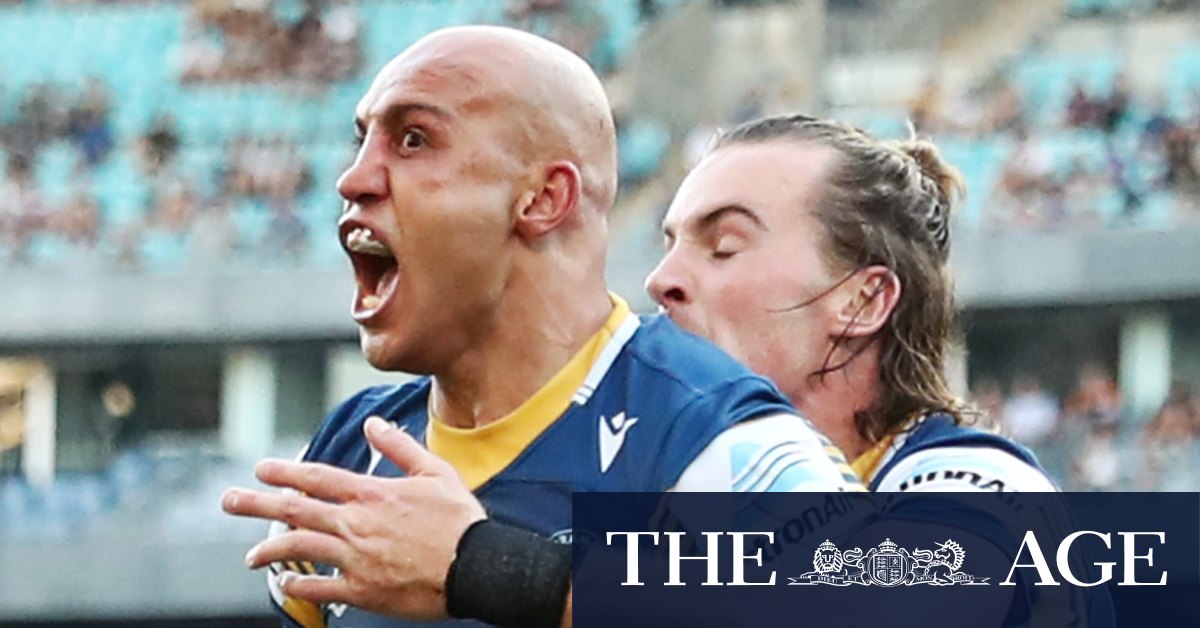 “I stayed in the moment. I didn’t want to dwell on it. It’s bad if you think about things that happened 10 minutes ago.”

Ferguson said the full pre-season always meant he was going to be a much more potent attacking threat this year. “The fitter I am the better I play,” he said. “I’m forgetting about all the little shit, I mean the little stuff … it’s working for me.”

Arthur praised his winger. “There were some tremendous kicks, but he responded well and had to move on from it,” he said. “We knew once he dropped the ball they’d keep coming that way. He knows how to catch the footy. He’s a very good winger. He’s been strong out of the back field, and that’s his value for us.”

Parramatta and Penrith remain the only teams yet to taste defeat in 2021. They face a reborn St George Illawarra next Sunday afternoon.

Dragons coach Anthony Griffin would have no doubt noticed the Tigers’ fantastic success targeting Ferguson with the high ball. Doueihi’s monster floating bombs would have haunted Ferguson when his head finally hit the pillow late Monday.

One ball Ferguson did knock on led to a try for former Eel Stefano Stefano Utoikamanu, who made it known to everybody inside the ground – and the Parramatta dugout – how much he enjoyed the four-pointer.

Utoikamanau was the young prop who signed with the Tigers at the start of last year, only for the Eels to refuse to grant him an immediate release.

Gutherson also knocked on a Doueihi bomb, with the Tigers making him pay with a try to Daine Laurie.

Gutherson even quipped at half-time as the Eels led by 10 points: “If me and ‘Fergo’ [Blake Ferguson] hold the ball we’ll be sweet.”

While Ferguson and Gutherson did hold on to the ball, plenty of their teammates did not as the poor completion rate kept the Tigers right in the contest.

The Tigers always seem to lift when they meet the Eels, and this was no different.

Arthur, however, knew his side would keep their cool when the Tigers edged closer. The coach said his side may not have handled the situation as well last season.

Doueihi’s right boot was the star. Luciano Leilua was all class again, with his barnstorming run sending Luke Brooks on his way before finding Liddle for the late try.

If they play with the same intensity, they should have no problems against former Tiger Todd Payten and his bumbling North Queensland Cowboys next Sunday.

Tigers coach Michael Maguire said his side produced plenty of spirit, but the opening 20 minutes let them down.