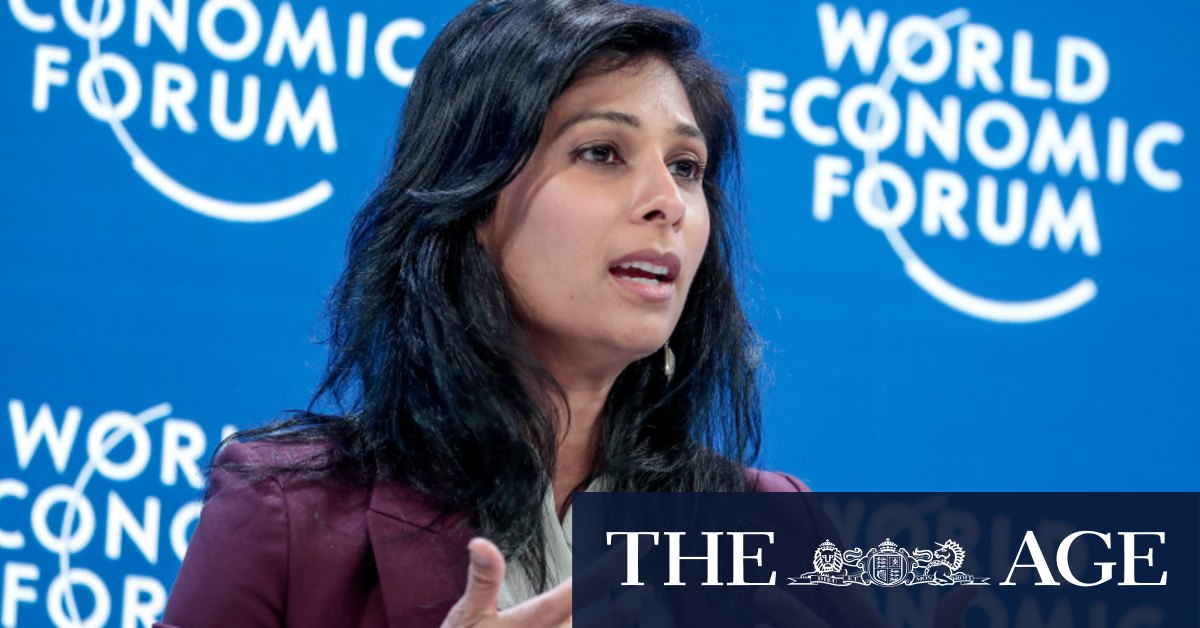 She said there were challenges ahead for all governments, warning there could be persistent economic damage beyond the crisis.

“As the recovery progresses, policymakers will need to limit long-term economic scarring with an eye toward boosting productive capacity (for example, public investment) and increasing incentives for an efficient allocation of productive resources,” she said.

The IMF expects Australia’s inflation to remain subdued with consumer price growth to average 1.7 per cent this year and 1.6 per cent in 2022 before reaching 2.4 per cent in 2026.

The Reserve Bank on Tuesday kept the official cash rate at a record equal low of 0.1 per cent.

Governor Philip Lowe said the bank was committed to getting inflation sustainably within its 2-3 per cent target band, which would require a much tighter national jobs market. He said that was unlikely to eventuate until 2024 at the earliest.

He said the outlook for the economy had improved over the last few months as vaccines have rolled out and global trade has picked up while commodity prices increased.

“While the path ahead is likely to remain bumpy and uneven, there are better prospects for a sustained recovery than there were a few months ago … Even so, the recovery remains dependent on the health situation and on significant fiscal and monetary support,” he said.

Record-low interest rates and government grants have contributed to a sharp rise in property prices over the first quarter of 2021, with Sydney and Melbourne home values rising 3.7 and 2.4 per cent respectively on CoreLogic data.

These sharp rises, which are expected to continue for the next few months, have resulted in some analysts raising concerns the market may be overheating.

No action has been taken by regulators who say high lending standards continue to be maintained, however prices and loan activity will continue to be under scrutiny.

Dr Lowe noted house prices were “rising in most markets”. There were 874 homes taken to auction over the weekend on CoreLogic figures, the busiest Easter on record, with a preliminary clearance rate of 79.4 per cent.

“Given the environment of rising housing prices and low interest rates, the bank will be monitoring trends in housing borrowing carefully and it is important that lending standards are maintained,” he said.

There has been a rapid recovery in the labour market since the height of the pandemic and there are further signs of continuing strength. ANZ has recorded job advertisements at a 12-year high in March after a strong jump in February, which suggests strong improvements in the unemployment rate.

While the end of the $90 billion wage subsidy scheme JobKeeper at the end of last month is expected to result in up to 150,000 people losing work, or about 1.2 per cent of the workforce, ANZ senior economist Catherine Birch said the overall employment loss would be smaller due to growing demand elsewhere.

“While we expect a temporary rise in the unemployment rate in [the second quarter], we think it will resume its rapid downward trajectory in [late] 2021,” Ms Birch said.