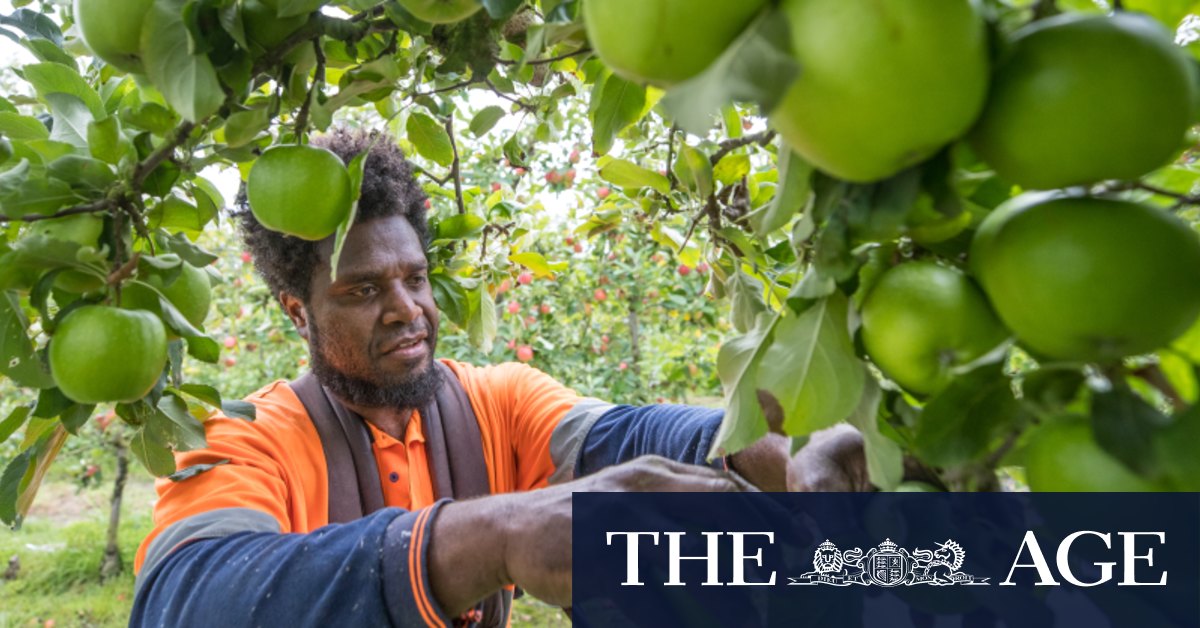 In one week picking fruit in Victoria he can earn the equivalent of a month’s wages from his Vanuatu poultry farm. He’ll send his earnings home to support his wife and four children.

Joel Piniwoh said he earned about $24 an hour and was sending the money back to his parents in Vanuatu, where the tourism industry had been devastated.

“Due to this pandemic every business is down,” he said.

Ms Finger said the orchard employed local people but it did not have the consistency of work needed to employ harvest numbers year-round.

She said the farm was lucky because it was receiving workers from the first plane to arrive in Tasmania, but other farmers still faced uncertainty.

“It is a particularly stressful time. You have to plan your labour requirements. This year we have perhaps one of the biggest apple crops going around Australia, so that’s actually added to the issues we’ve had.”

Victorian Agriculture Minister Mary-Anne Thomas said it had been a challenging year for growers.

“What the pandemic has exposed is the horticulture industry is over-reliant on overseas workers,” she said.

“The industry would normally rely on many backpackers. Backpackers are not coming back any time soon.”

Not all of the 1500 available Pacific workers had been taken on, so there were still opportunities for employers to plan ahead, Ms Thomas said.

The state government is also investing $76 million to support growers through programs to employ local workers.

An EY report predicted the Australian horticultural industry would be 26,000 workers short during the six months from October last year, with labour shortages peaking in March.

Ms Finger said the 1500 Pacific workers would not be enough to service Victoria.

“Victoria is one of the biggest horticulture states,” she said.

“Hopefully, approved employers and the state government can work together to do some workforce planning and ensure that we meet the needs of growers going forward.”