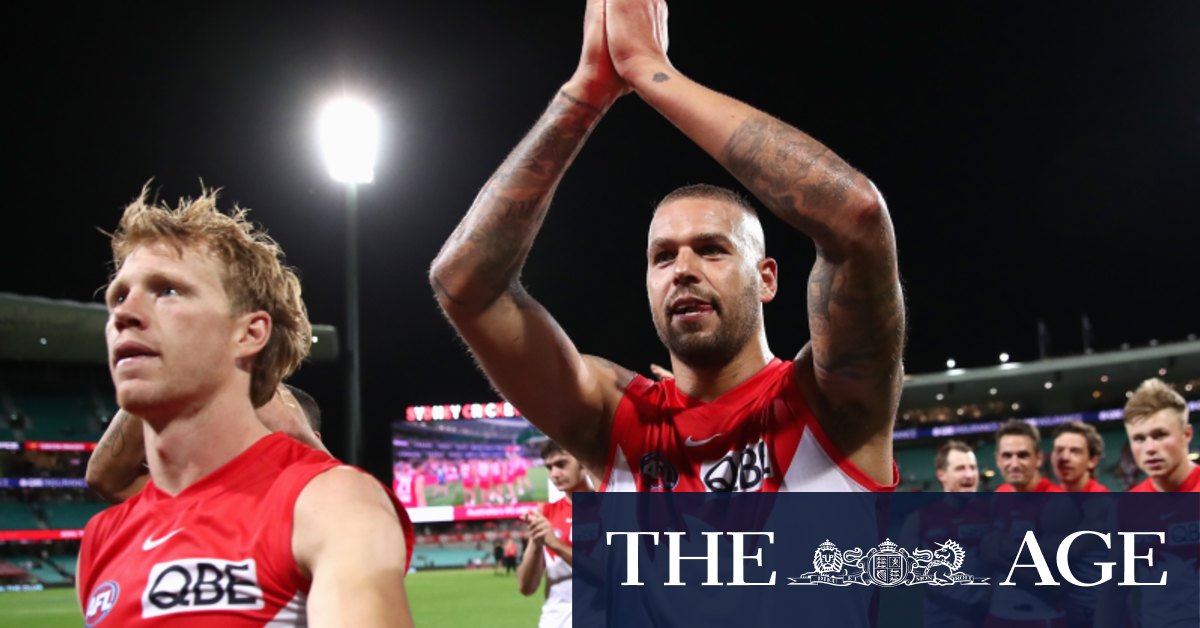 The Bombers, to their credit, fought to their end, with a late snap from Cale Hooker keeping the Swans sweating until the final siren – which, when it came, triggered bedlam among the 28,039-strong crowd.

This wasn’t as pretty a win for the Swans as their previous ones over Brisbane, Adelaide and Richmond, which surprisingly came and went without incident – although it might have been a lot easier had they kicked straight.

Down by 25 points early in the second term, with star forward Isaac Heeney off injured with a broken hand and the system of play that had worked so well for them breaking down, it would have been easy for the Swans to drop their heads.

Essendon had kicked six unanswered goals across the first and second quarters, a run that ended with a miraculous effort from deep in the forward pocket by Darcy Parish – the sort of goal you concede when everything’s going against you. Their plan to clog the corridor and force Sydney down the line was working, and had been helped along by a series of squandered opportunities in attack by the hosts.

But Sydney persevered, and piled on the next six goals in response – with Franklin’s second, after a brilliant kick inside 50 from the busy Errol Gulden, putting them back in front.

From then on, it was a true arm-wrestle. Inspired by some promising kids of their own – like the versatile Nik Cox and the hard-nosed Archie Perkins – Essendon were gallant and would have lost no admirers for their performance, despite falling agonisingly short.

“We’re certainly disappointed and the players are shattered about the result,” coach Ben Rutten said. “But the character, the grit, the determination the guys showed right to the last second, on a short break, travel, all those things – it’s character-building for our group.

“Another game in a really hostile environment up here in Sydney, a little bit dewey, small ground, good contested team, it’s fantastic experience and exposure for them to get a look at the level that we need to keep striving for.”

Previous AstraZeneca decision adds to need for vaccine rollout clarity
Next ‘I have no intention of repenting being gay’: MP to Christian lobby