Breaking News
Home / Federal Politics / ‘Where is the roadmap?’: Readers respond to delays in vaccine rollout

‘Where is the roadmap?’: Readers respond to delays in vaccine rollout

admin 2 weeks ago Federal Politics Comments Off on ‘Where is the roadmap?’: Readers respond to delays in vaccine rollout 9 Views 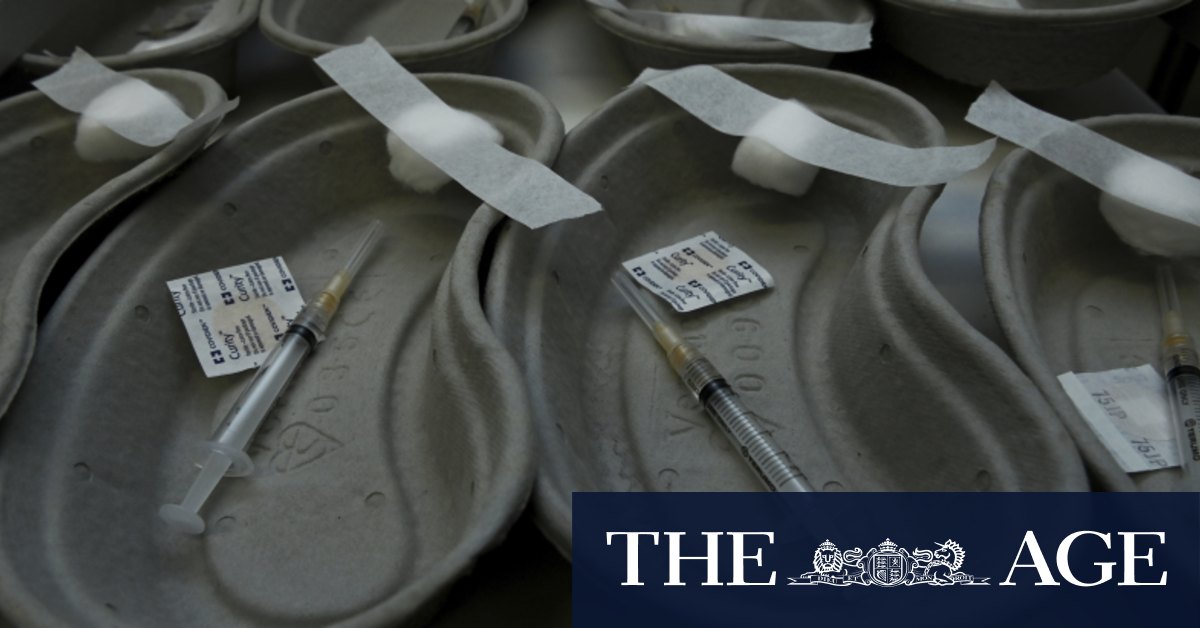 However Clun wrote beyond international shipment issues, there has been growing concerns about the lack of communication around the rollout, scant forewarning about deliveries or cancellations, and also questions raised on why existing state-run systems for vaccine rollouts weren’t utilised.

“The federal government chose to take on the bulk of the rollout,” Clun, who covers health from The Age and the Herald’s Parliament House bureau, wrote.

“It’s kept responsibility for distributing vaccines to GPs and aged care facilities, as well as handing out supplies to states and territories. Later in the rollout, the government will send vaccines to pharmacies as more people become eligible.”

Many readers share the frustration – and put the blame squarely on the federal government.

Elf1911: “Unfortunately when the federal government put all ‘its eggs into one basket’ by relying heavily on the AstraZeneca vaccine, and GPs to administer, it was always bound to lead to problems. Rather than setting up mass vaccination sites and providing oversight, they have relied on a ‘business as usual’ model without considering the logistics required. Poor planning and delivery is to blame.”

SteveP: “I remember Morrison chastising Dan Andrews, ‘where’s the roadmap out of quarantine Dan?’. Well, where is the roadmap to vaccinating all of Australia Scott Morrison?”

Patrick Weaver: “The source supply problem is not the government’s fault (blame the EU). Deciding to use a federal organisation with zero experience in mass logistics to deliver the available vaccine was an idiotic decision by a Minister on an ego trip. The over promising and total failure to adjust plans to deal with the reality of the low supply was even more inept and the federal government should accept the blame for their bad decisions.”

grumpyon: “Morrison began last September with almost daily announcements of vaccine deals and vaccination plans…A master class in spin and media manipulation. The end result is that Australia may have fewer infections but will be much later than necessary in opening international borders. A serious hit to the economy from the self-styled ‘economic managers’.”

Others readers joined the debate by responding directly to the question posed in the headline on Clun’s article.

Scott55: “How did Australia go from a country with no cases to one that can’t get the vaccine rollout right? A certain government treated it as a marketing exercise rather than a medical logistics challenge.”

pete: “Does that really need an explanation? The states took charge of one. The federal government took charge of the the other. Nothing to see here.”

adrianross000: “Answer- we have competent state governments to thank for our low rates of COVID-19 community transmissions. We have an inept federal government to thank for the vaccine rollout stuff-up.“

D Martin: “In answer to the question – the states did a magnificent job to achieve zero cases. But then inept federal government decided there was spin to be had with the vaccine rollout. Except they bungled it.”

Clun says since she wrote her article more information has come to light about just how hard it has been to secure AstraZeneca doses from overseas. Local production of the vaccine by CSL has also been slower than expected.

“The Prime Minister has gone some way to explaining some of the delays, but there hasn’t been a lot of clarity around vaccine data so far, so I think it will take more time for doctors and states to feel happy or confident about how it’s all being handled,” Clun says.

A prime example, she says, is the October target.

“The Prime Minister and Health Minister Greg Hunt both keep saying everyone will have their first vaccine by October, but they haven’t been giving start dates for phases 2a or 2b beyond saying phase 2 will start in the middle of the year,” Clun says.

“It’s a very rough guide, and leaves them open to changing dates if they need to, but that would also mean their October goal will have to change.”

Some readers felt the concerns were premature – and most issues were beyond the federal government’s control.

skatters2: “I don’t know why everyone is bagging the government that guided us through this pandemic to the envy of the world. Everyone will get the jab, be patient and this will happen.”

sajmks: “So what happened? Gee the blocking of millions of overseas vaccine doses that were expected to be delivered, you know, from legal contracts made in good faith, might be the root cause of the slow rollout. Not really the federal government’s fault.”

Interested Party: “In case no one had noticed, protests about slow vaccine rollout are occurring in multiple global jurisdictions. I’m not justifying anything Australia has or has not done, but check what is happening in Europe and parts of North America. It’s the exact same refrain. And just like here, no mention of such issues elsewhere. The insular nature of the complaints are fascinating – dare I say myopic?”

Life-long learner of Sydney: “Isn’t it a bit early in the program to declare Australia can’t get its vaccine rollout right?”

Other readers felt complaints about the speed of the local rollout were indulgent given the enviable position Australia is in with so few coronavirus cases.

MotorMouth: “I think it’s somewhat disgraceful, and embarrassingly selfish, that we have the vaccine at this time, given how few new cases we have compared to many other parts of the world. Seriously, we should be exporting vaccines to places like the UK and happily waiting until they are all vaccinated before we put up our hands for any supply at all.”

Matt: “Too many people getting into a lather when some perspective is required. Australia is the envy of the world in COVID suppression. We are living a very normal life – even without the vaccine.”

Soapbox: “It is also pretty unfair to criticise Europe for blocking export of vaccine when they have people dying in serious numbers and we have virtually no infections let alone deaths.”

But, however understanding about the supply constraints, some readers were annoyed by what they saw as blame-shifting, a lack of transparency over dose numbers, and over-promising on the rollout.

jencheong88: “More a case of no supply and a shortage of vaccines but the govt said the wrong thing in saying they would be able to meet vaccination targets when they knew they were in short supply. Not sure why they didn’t just say that.”

PomPom: “Enough! Just tell us what is happening and give us an educated guess on when it will be sorted! How hard is that?”

NorthernLiving: “Spin baby spin. Unfortunately ALL governments in Australia can’t help themselves. It would have better for Greg (Hunt) to be honest once the supply issues became known, instead he kept trying to say that black is white. No one would have blamed them, as it was out of their control.“

Beginner: “We all understand vaccine supplies are not optimal, BUT the rollout is an uncoordinated, shambolic mess. The lack of communication, information and transparency cannot be explained away. This is important to every Australian. We want to get on with our lives, we understand the economy needs to be supported. We just want this to happen.”

Clun says it’s interesting to see what readers think of the many press conferences and photo opportunities related to the vaccine rollout.

“They seem to think the government is only keen on announcing the good things rather than acknowledging delays or problems,” she says.

“I think the government is realising it’s important to be clear and upfront about it all, the good and the bad.”

Online readers of The Sydney Morning Herald and The Age made 29,365 comments on 502 stories in the past week.

Most-read by subscribers in the past week

Orietta Guerrera is the Reader Editor for the Sydney Morning Herald, The Age, Brisbane Times and WAToday. She was previously Federal Political Editor for the mastheads.