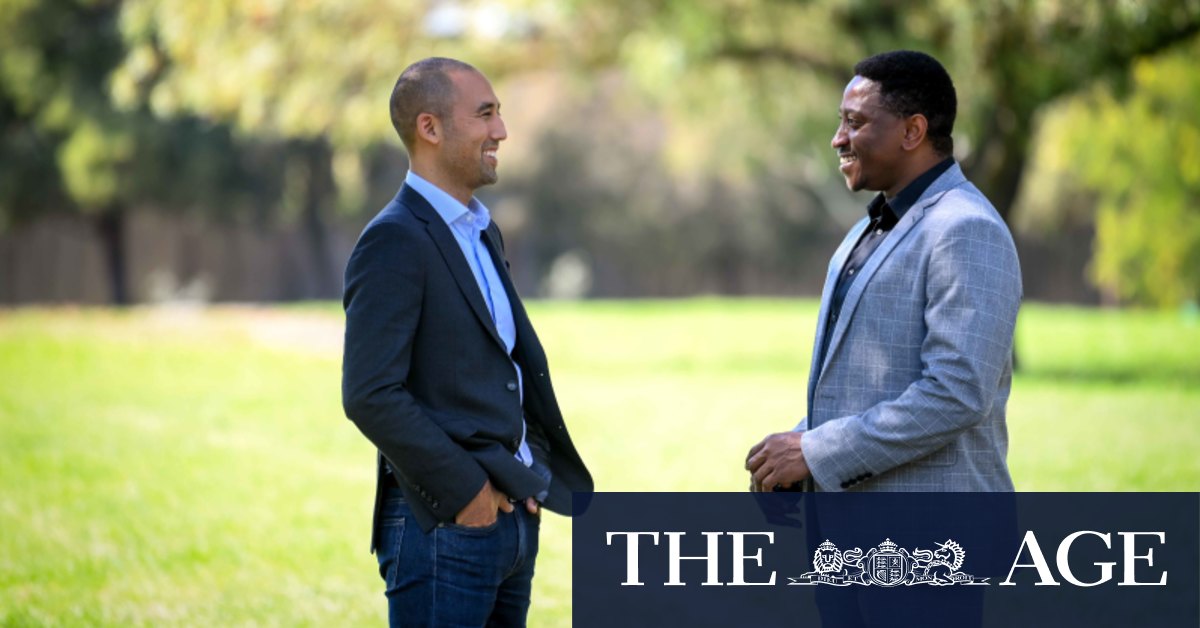 “I was a cold call searching for a car and he just happened to pick up by call. I came to see him and we ended up doing a transaction. I just really enjoyed working with him and felt his professionalism was really good,” said Mr Moreno, who is now a partner at KPMG. “I just kind of trusted him.”

Says Mr Ojogho, “We got talking and he asked me a couple of questions, he said, ‘You’re not supposed to be here’, and I’m like ’What can I do? This is the only organisation that has accepted me, I put my applications in everywhere”.

He said, ‘You’re not supposed to be here’, and I’m like ‘What can I do? This is the only organisation that has accepted me’.

Mr Moreno referred Mr Ojogho to senior staff at Accenture and advised him how “you can brush yourself up” – which included large amounts of specialised technical study.

He did this at night around his car sales work: “It took me over a year with many sleepless nights”.

When COVID-19 hit and his commission-based pay dropped to “$200 or $300 a week” as he did not qualify for JobKeeper, Mr Ojogho left car sales and found work through a contact at the social enterprise Ability Works.

“When we go to the Brotherhood of St Lawrence or other job providers, what we get is electronics engineers, industrial engineers … but they are not accepted in Australia because their accent is very strong or they don’t fit what in Australia is considered the picture of a perfect employee.”

Progress of social inclusion in organisations has been slow and a small investment in ESL teaching would allow people with skills to apply them here and be cheaper than subsidising three to four years of study.

“There needs to be more opportunities, like ESL courses, for those experiencing discrimination and it needs to be driven by leaders. When there is commitment from the top, others will follow,” said Ms Boyce.

Mr Ojogho’s talks with Accenture lasted months, but about two weeks ago he entered a “bootcamp” with them to polish up the last of the necessary skills for him to start work as a consultant there (he had applied for the entry-level “analyst” job but was hired two levels up).

Having experienced much “unconscious bias” – including from one woman at a previous employer who told him in front of colleagues she did not like black people, and from fellow rail passengers who still stare, he thinks, at the curiosity of a black man in “corporate wear” – has built Mr Ojogho’s mental strength.

Having been given a start at “a wonderful company” has made him feel fiercely loyal.

He urges other employers to look past difference: “You just have to be able to embrace another person because of who they are; it’s not about their appearance.”

As of now: “For employers, just by looking at your resume if your name looks like something they cannot pronounce it’s out the window.“

Previous First draft of history: How the Herald has reported a changing Australia
Next The politics of the twerk – and other matters of state