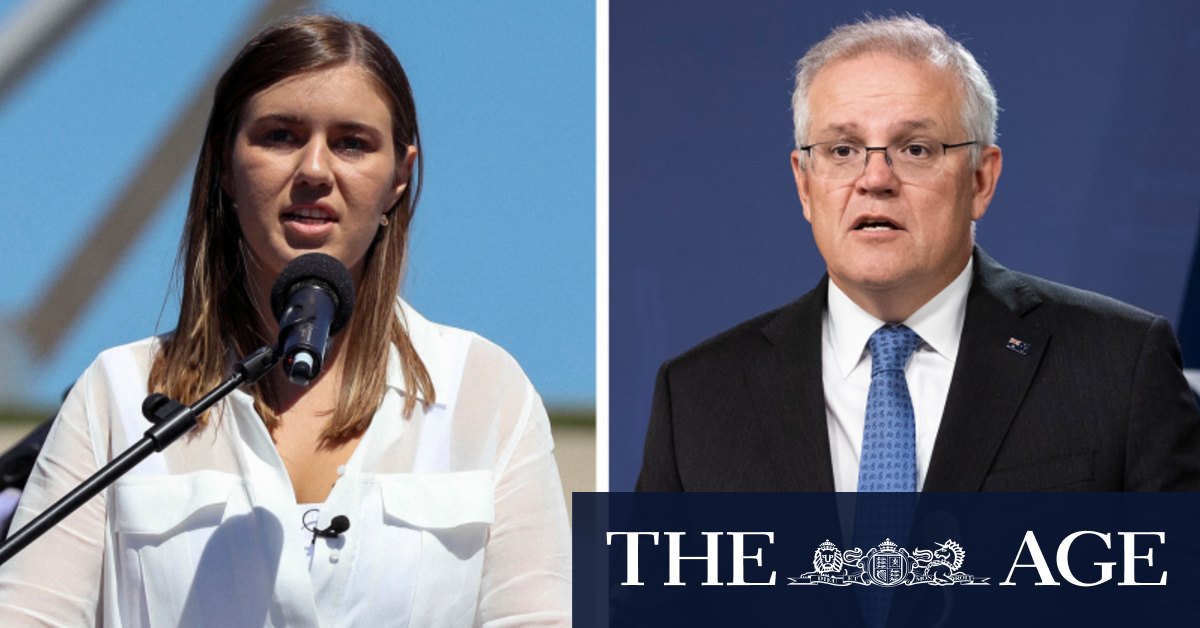 “I’m happy to have the conversation. And if she would like to, then we will arrange that,” Mr Morrison said.

Ms Higgins said Mr Kunkel emailed her on April 6 and she replied on April 13, when the chief of staff appeared to be on leave.

In her new letter, she says she wants the meeting to help improve conditions for staff who work for MPs and senators, including ministers, but have fewer rights than others.

“They are not public servants and work in an extremely high-pressure environment.

“Too often, a workplace culture can emerge that enables inappropriate conduct which is exacerbated by the disparity in the power dynamics inside offices, amongst colleagues, inside political structures more broadly, even amongst lobbyists and the media who share the same workplace.”

Ms Higgins went public with her allegations on February 15, telling News.com.au she was raped by a colleague in March 2019 in the office of former defence industry minister Linda Reynolds, who is now the Minister for Government Services.

Mr Morrison moved on March 5 to name Sex Discrimination Commissioner Kate Jenkins as the head of an inquiry into the culture of Parliament House, giving advisers and others a way to make submissions on their personal experiences and potential changes to the workplace.

Ms Higgins is seeking a series of changes including an independent complaints body to replace a “largely impotent” group within the Department of Finance that processes complaints from staff about political offices.

In her letter, which was sent on Tuesday night, she argues for an independent and confidential internal ombudsman or other standalone complaints body for ministerial staff.

Previous ‘Another vital defence’: Coronavirus treatment pills could be available within six months
Next The IMF has offered some striking advice just in time for Josh Frydenberg’s budget

Australia pressured to step up climate action during G7 talks