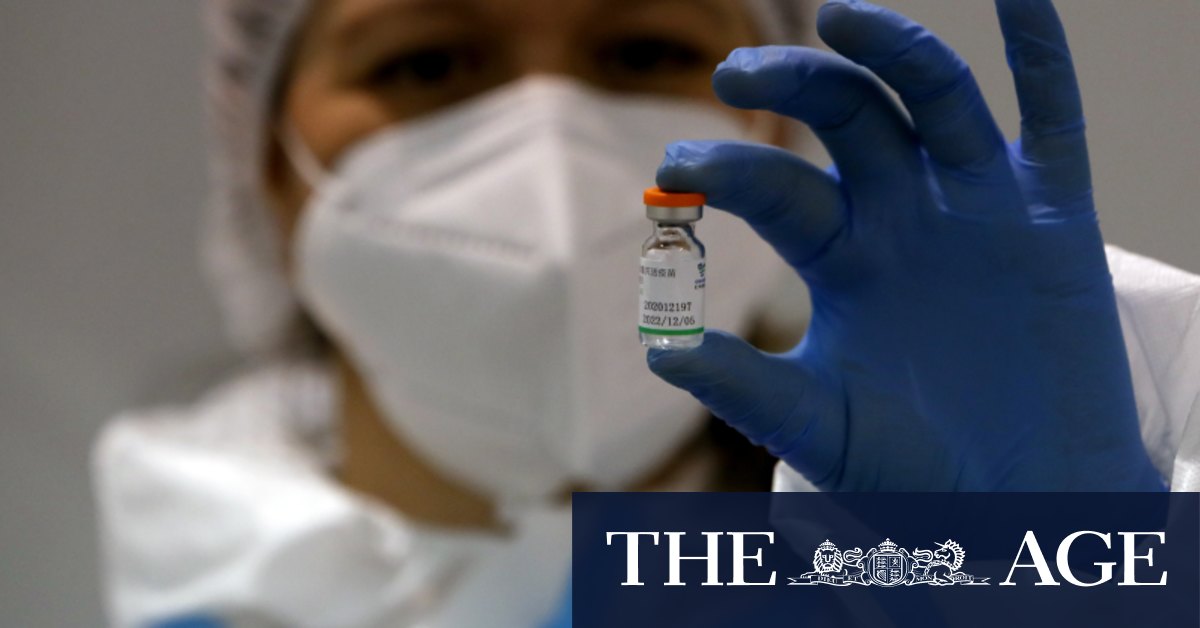 London: The World Health Organisation has made its long-awaited decision on China’s Sinopharm COVID-19 vaccine, approving the jab for emergency use in all adults, meaning it can be rolled out globally.

The WHO said that based on the available data, the vaccine was 79 per cent effective against symptomatic and hospitalised disease for all ages. Clinical trials run by the state-owned company Sinopharm also showed that it had an efficacy rate of 79 per cent.

WHO is recommending the vaccine, which has already been used on millions of people around the world, for use in adults aged 18, on a two-dose regimen with a spacing of three to four weeks between each jab.

The listing is a major coup for China as it is the first non-Western vaccine to win WHO backing and sits alongside vaccines produced by Pfizer/BioNTech, AstraZeneca/Oxford and Janssen (Johnson & Johnson’s) as well as Moderna on WHO’s Emergency Use Listing.

Sinopharm’s vaccine uses inactivated vaccine technology, the same type used for polio, rabies and hepatitis A vaccines, where dead virus particles are mixed with an adjuvant which boosts immune response.

WHO Director-General Tedros Adhanom Ghebreyesus said that the approval had the potential to accelerate access to vaccines for countries struggling to secure supplies through the UN-backed COVAX scheme.

“This expands the list of COVID-19 vaccines that COVAX can buy, and gives countries confidence to expedite their own regulatory approval, and to import and administer a vaccine,” he told a virtual news conference.

Earlier this year, Sinopharm’s chairman Liu Jingzhen told Chinese state media that by the end of 2020 production had reached nearly 100 million doses and was expected to reach more than 1 billion doses in 2021.