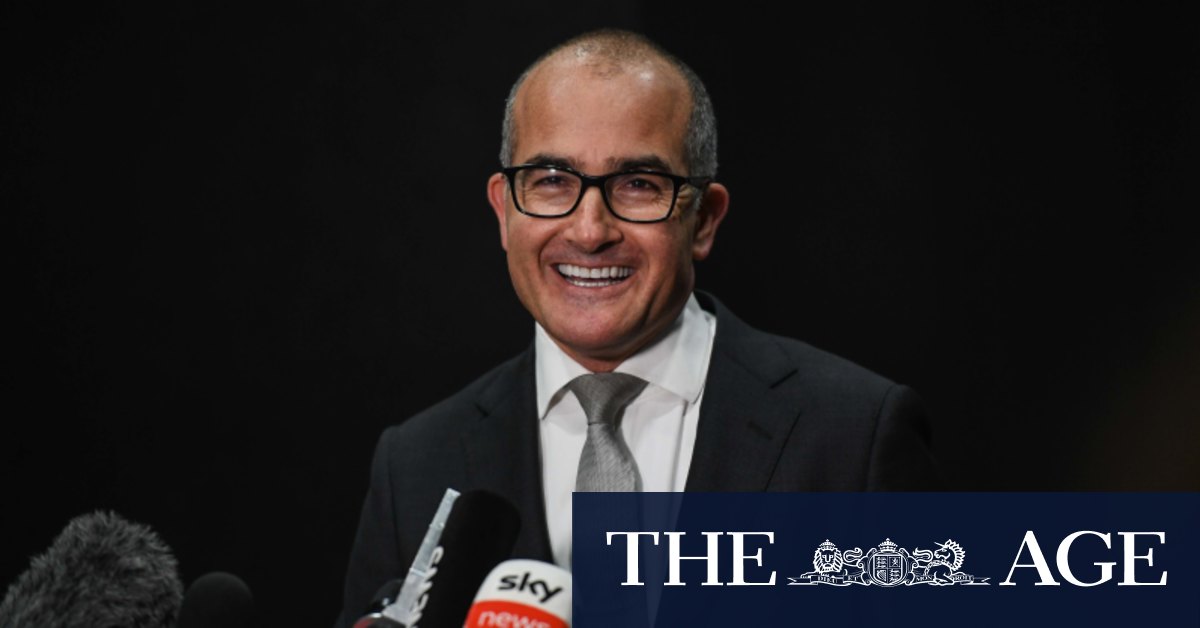 Outdoor gatherings of up to 10 people will be allowed. A full list of the new restrictions can be viewed here.

Mr Merlino said Melbourne would no longer be meeting the definition of a Commonwealth hotspot, which would throw coronavirus support payments into doubt for people still experiencing hardship.

Restrictions across regional Victoria will also ease, with people allowed to have two people a day in their homes and outdoor public gathering of up to 20 people.

Restaurants and cafes can open to a maximum of 150 for the venue for seated service, including up to 75 allowed indoors, with the same caps for religious ceremonies.

Community sport is back for all ages for training and for competition in regional Victoria.

In Melbourne, hospitality venues can reopen for seated service with up to 100 people per venue with a maximum of 50 people inside.

Retail will reopen with density limits of one person per four square metres, and hair and beauty salons can perform treatments if masks can be worn.

Chief Health Officer Brett Sutton says because gyms were high-risk environments, they would remain closed, but he was optimistic next week would bring yet more easings.

“We’ve had significant outbreaks in gyms … through the second wave and Victoria,” he said.

“The combination of indoor settings, closed environments, people exerting themselves, really has significant opportunity for spread.”

He said he didn’t expect gyms to remain closed for long.

“I am asking gyms to make that sacrifice for a further week as we can assess the epidemiology,” he said.

“At this juncture, closure is the appropriate measure, that’s the view of the public health team.”

The official tally of Victorian coronavirus exposure sites dropped to 162 from about 200 on Tuesday evening and a peak of over 370 sites late last week.

Two new locations were added on Wednesday afternoon, a pool in Maribyrnong and a deli in South Melbourne, both as tier-2 sites.

People who visited the Maribyrnong Aquatic Centre between 6pm and 8.30pm on May 26 or The Old Paper Shop Deli in South Melbourne between 10.50am and 11.15am on June 5 are advised to isolate until they test negative for COVID-19. Only one new exposure site was added on Tuesday.

Professor Sutton said investigations were still ongoing into how the Delta outbreak leaked from Hotel quarantine after it emerged the manager and the infection-control boss of the Novotel Ibis in Little Lonsdale Street were sacked in late April after the discovery of more than 51 breaches, including 15 infection-control violations. The returned traveller who triggered the outbreak arrived at the hotel from Sri Lanka on May 8.

Health authorities confirmed on Tuesday that a hotel leak was one of the most probable theories being examined to explain how the first link in a chain of Delta variant infections passed on the virus.