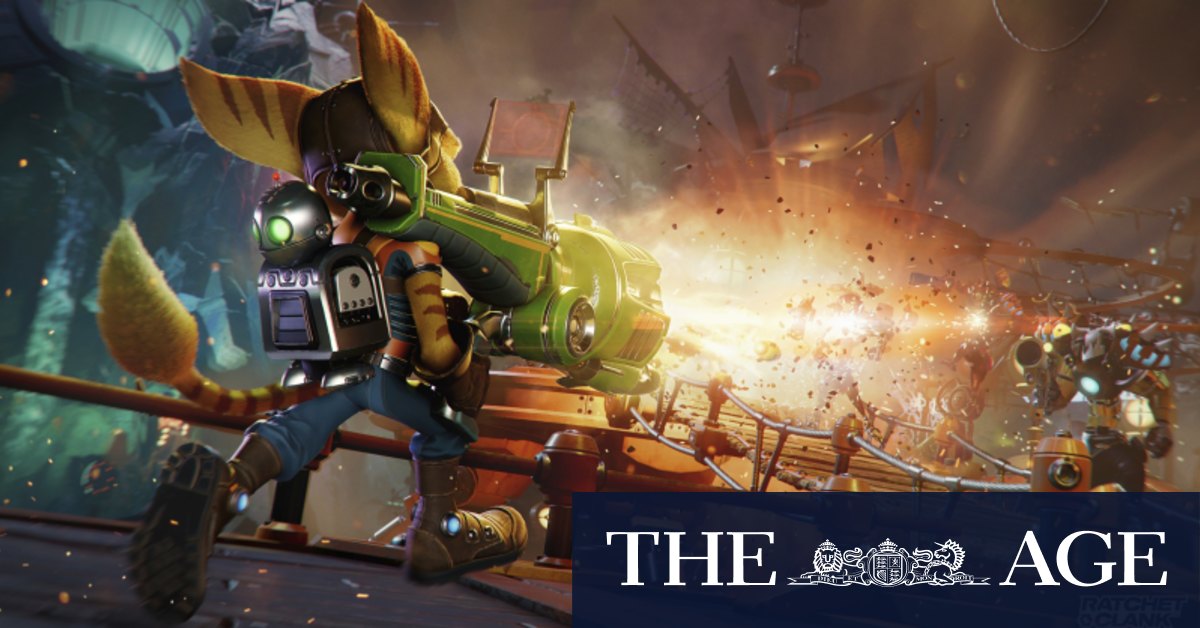 And the battles themselves are full of imagination and surprise too, not just because of the ridiculous weapons or the ability to warp through nearby rifts, but because of the incredible and ever-bantering enemies. From the goofyness of the familiar goons and robot pirates to the hilariously wholesome evilness of Emperor Nefarious’ cybernetic squid-like soldiers, bad guys talk constantly about your tactics, weapon selection and even cosmetic upgrade choices, and they’re frequently very funny.

While an excess of particle and liquid effects, plus constant explosions, make the game a frenetic joy to look at and one of the most visually impressive games on the market, it’s also the first one that truly feels like it could only be executed on PlayStation 5. The clever DualSense controller tricks are there — you can hold the trigger half way or pull fully to access different weapon functions, which feels great thanks to the the adaptive tension — but it’s the speed of the solid state storage drive that really impresses.

Moving from one entire level to another takes mere seconds, while several sequences have characters blasting through rifts to fight across multiple huge environments with no loading at all. A couple of levels let you hit crystals to transition to the same area in a different dimension near-instantaneously, which is a gimmick we’ve seen before in the likes of Zelda, but it’s still impressive to see it happen at such a scale and at such high fidelity.

Like many of Sony’s other exclusive games, including Uncharted and Spider-man, this is a glossy popcorn adventure that strikes just the right balance between linearity and exploration, tight gameplay and emotive storytelling. But Rift Apart’s stunningly colourful worlds, wryly witty characters and ever-changing explosive gameplay make it a wonderful adventure in its own right.

Ratchet & Clank: Rift Apart is out on Friday June 11 for PlayStation 5.