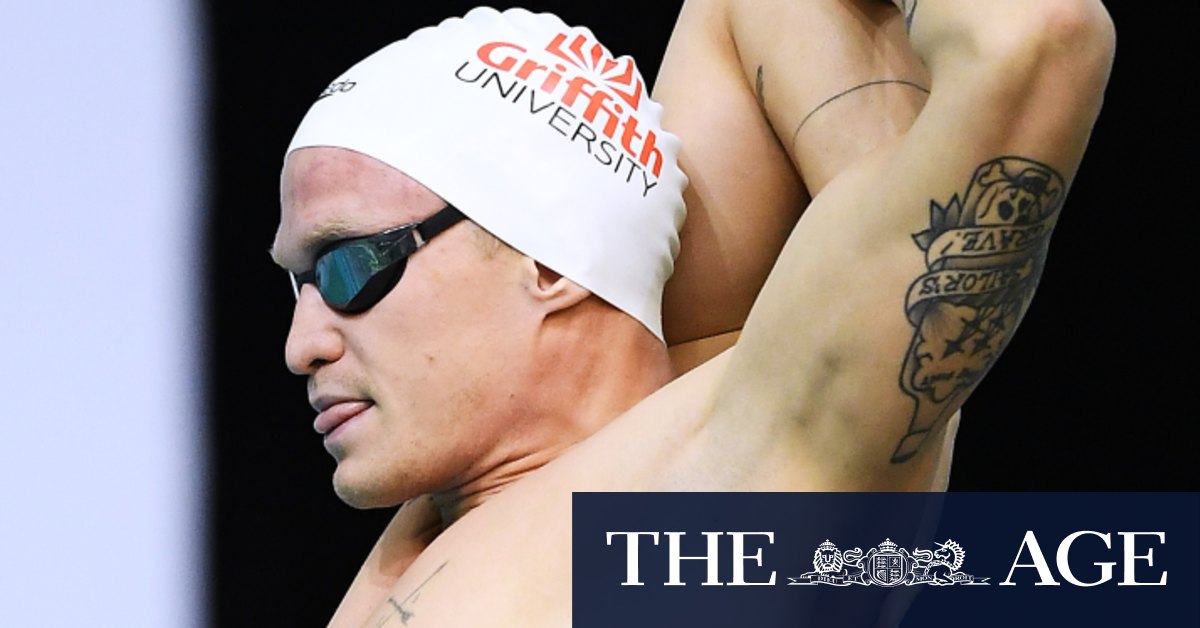 “So we just tried to keep the theme pretty light. He’s not doing full-on sessions. He’s been doing eight a week, which is about what he was doing over in the States. I think he’s adapted really quickly, really well and he’s come up with some good swims.”

Bohl said Simpson had been like a “kid in a candy store″⁣ in Adelaide as some of the biggest stars of the pool throw down the gauntlet ahead of the Games in July.

“His last competitive meeting, when he was maybe 13 or 14 years of age, was a long time ago so he’s sort of revelling in it, watching some of the superstars here competing and trying to learn and watch what they’re doing,” Bohl said. “He’s very excited with the opportunity to get in and swim at this level.”

Simpson has charmed everyone since his return to swimming and his presence has been a welcome boost for Amazon Prime, which promoted him in a documentary ahead of the trials that, for the first time, are being streamed to a global audience.

But he’s just another swimmer at the trials and has the same dreams and goals as everyone who made the trip to compete. The short course world championships in Abu Dhabi in December could be his first chance to swim in the green and gold.

“So short course then probably state titles in December,” Bohl said. “He’s just really following the course that everyone else is taking. He won’t be going back to the US or anything, he’s going to stay firmly embedded here. I guess getting better is the name of the game.”

He told the Herald and The Age in May about the night that set him back on a path towards competitive swimming, as well as how he’s been guided and encouraged by some of the biggest names in the history of the sport, including Grant Hackett and Michael Phelps.

The Herald will provide live coverage of Thursday’s finals at smh.com.au/sport from 7pm.

Previous The Fed just got everyone’s attention with its abrupt change of tone
Next Third COVID-19 case identified in Sydney, fourth under investigation