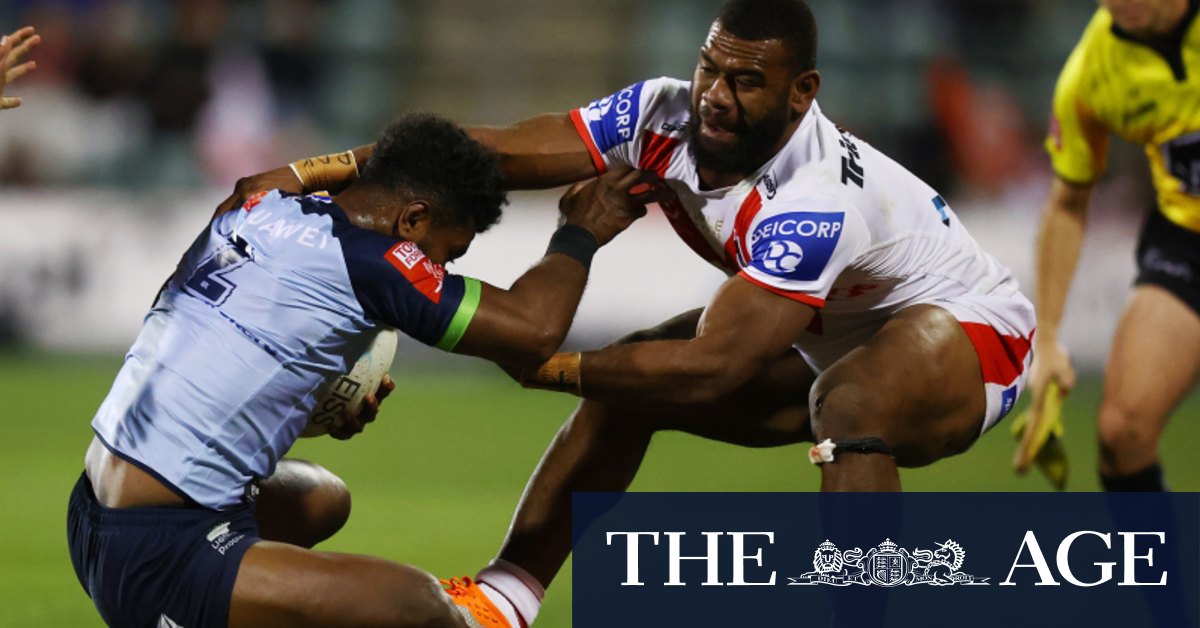 Savage was eventually hauled off the field after only 11 minutes once officials realised the mistake as the Dragons delivered a huge blow to the Raiders’ finals hopes with a come-from-behind 22-20 win at WIN Stadium.

The NRL is expected to examine the various reports in the incident before determining a course of action, which could include a warning or fine. It is not expected the Raiders will lose any competition points given they lost the match.

I can’t tell you what would have happened had they won the game, but fair to say it would have become a much bigger issue

“It’s an error,” Stuart said after the game.

“We make errors. If we jumped on every error we’ve made, nobody would have a job. Fortunately we didn’t win because [if we did] it saves a few blokes, myself included, some skin.”

The post-match drama only continued on Sunday when Dragons winger Mikaele Ravalawa was hit with a third match review committee sanction in his last five games. All three have been for shoulder charges.

Ravalawa was hit with a grade one shoulder charge for a tackle on Elliott Whitehead and will miss three matches should he enter an early guilty plea. He risks being sidelined for four matches if he fights the charge at the judiciary and loses.

The Fijian had been sanctioned for shoulder charges in St George Illawarra’s losses to the Roosters on Anzac Day and Storm during Magic Round and trails only Matt Dufty as the club’s highest try-scorer this season.