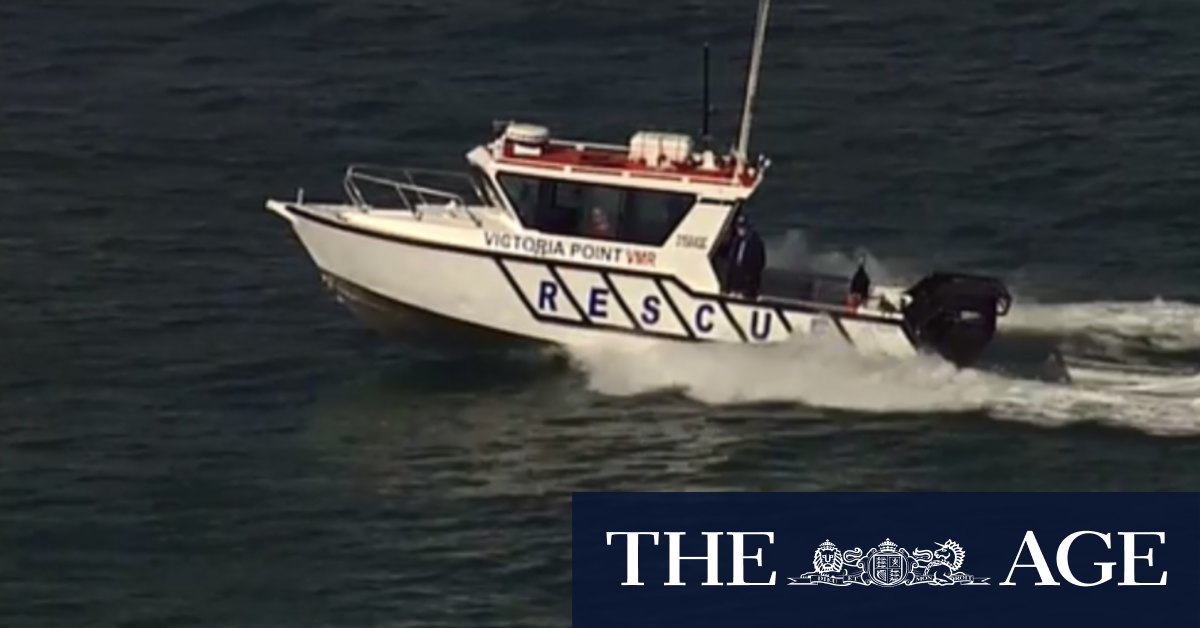 Rescue crews believe they have found the body of a woman tossed into Moreton Bay while on a fishing trip with her husband, who managed to survive after clinging to their capsized boat throughout the night.

The couple had spent Saturday afternoon shielded from strong winds on the north side of Mud Island, but their dinghy began taking on rough swell on the journey back to land.

Water Police acting Senior Sergeant Mitch Gray said were trying to pump out the water when a wave finally capsized the Quintrex 440 Renegade within sight of the Port of Brisbane rock wall at about 7pm.

He said man then managed to make a desperate three-second phone call to a family member before it “terminated”, sparking an immediate search involving helicopters, planes and boats.

“The husband has managed to hold onto the hull throughout the night but at some point during the night the wife has become tired and fatigued and become separated from her husband,” acting Senior Sergeant Gray said.

The husband, 54, was discovered and winched to safety at about 10am on Sunday. He is being treated for hypothermia in the Princess Alexandra Hospital.

Police found a body, believed to be that of his wife, 48, early Sunday afternoon.

Speaking to media before the tragic discovery, acting Senior Sergeant Gray said neither the man nor woman were wearing life jackets when the boat capsized.

“It’s not legislated that you have to wear a lifejacket but it’s my recommendation that you do,” he said.

“When something goes wrong in a vessel, in my experience it happens really quick and a lot of the time you just don’t have the opportunity to get to your safety equipment.”

Previous What are the new COVID-19 restrictions for Sydney and NSW?
Next ‘Ludicrous’: Clive Palmer slammed for letters spreading COVID-19 misinformation