Post-quarantine COVID testing to be discussed at national cabinet 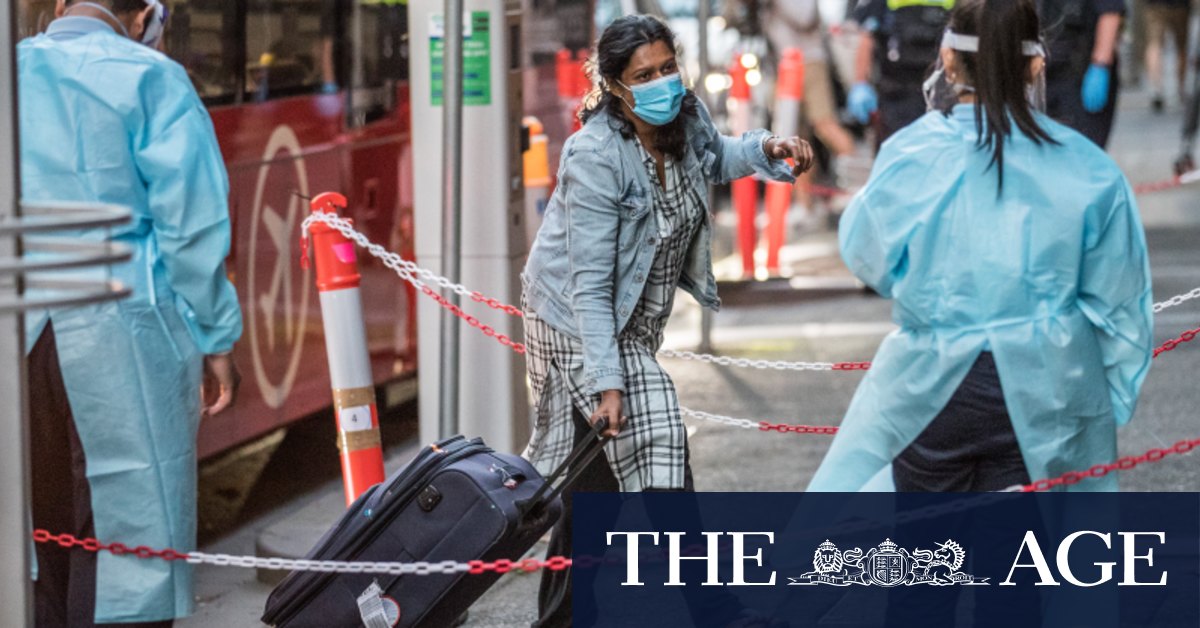 “We can see the number of doses we have been promised in the next weeks and months, but to make sure those jabs get into arms I need to see more GPs across the nation be offered to sign up to the program,” she said on Monday morning.

Queensland Premier Annastacia Palaszczuk also called for the cap on international arrivals to be lowered.

“There’s a whole number of issues we need to raise,” she said earlier on Monday.

Federal Opposition Leader Anthony Albanese said the issues being canvassed by national cabinet should have been cleared up months ago, and he wants to see Prime Minister Scott Morrison outline how the vaccination rate could be increased.

“Scott Morrison had two jobs this year, he had to effectively roll out the vaccine, and he had to implement a system of national quarantine. He’s failed both,” Mr Albanese said.

“At the special national cabinet being held today, he’s got to accept some responsibility, rather than just hand off responsibility to the states and territories.”

The national cabinet review of where high and low-risk travellers are housed in quarantine comes after a mine worker who quarantined near international travellers caught the coronavirus before travelling to a gold mine in the Northern Territory. Now six cases have been linked to that mine cluster, including one mine worker who had returned to Queensland.

Western Australia recorded one case, in a 32-year-old woman who attended the same Joondalup gym as the woman who recently returned from Sydney and tested positive on Sunday. Victoria recorded zero new locally acquired cases on Monday morning.

Every state and territory was on high alert on Sunday in fear of a national outbreak with 37 new cases of community transmission recorded in four separate jurisdictions.

Australian Medical Association vice-president Dr Chris Moy said the virulence of the Delta strain was a major factor in the national outbreak, and states and territories have to go hard on restrictions early to minimise the spread.

“It’s beaten the NSW contact tracers, and the reliance on contact tracers and holding out [on introducing a lockdown] for a few days has led to seeding across the country,” he said.

Mr Andrews said the Delta variant was spreading so rapidly that even the best contact tracing system would not be able to keep on top of outbreaks. Pointing to the NSW outbreak, Mr Andrews said tough restrictions were appropriate.

“You won’t run the Delta variant to ground without putting rules on, whatever they might look like,” he said on Monday morning.

“This Delta variant, as [NSW Premier] Gladys Berejiklian has made very clear, and I’ll make clear again today – it’s twice as infectious, it moves rapidly. By the time you get to a person who’s a case who’s tested positive, they’ve already infected all their family and, indeed, other people.

“No contact tracers anywhere in the world will stay ahead of this without significant restrictions.”

“We are seeing almost 100 per cent of transmission within households and a very high rate of transmissibility.”

The federal cabinet’s national security committee is also meeting on Monday morning with a specific COVID agenda, particularly to consider the outbreaks, a government spokesman said.

Previous ‘Much stricter enforcement’: Hundreds of police deployed to NSW-Victorian border
Next ‘I would love to be the champion here’: Barty aiming high at Wimbledon