‘He’s absolutely in the mix’: Meninga wants Luai to choose Australia over Samoa

admin 4 weeks ago Sport Comments Off on ‘He’s absolutely in the mix’: Meninga wants Luai to choose Australia over Samoa 36 Views 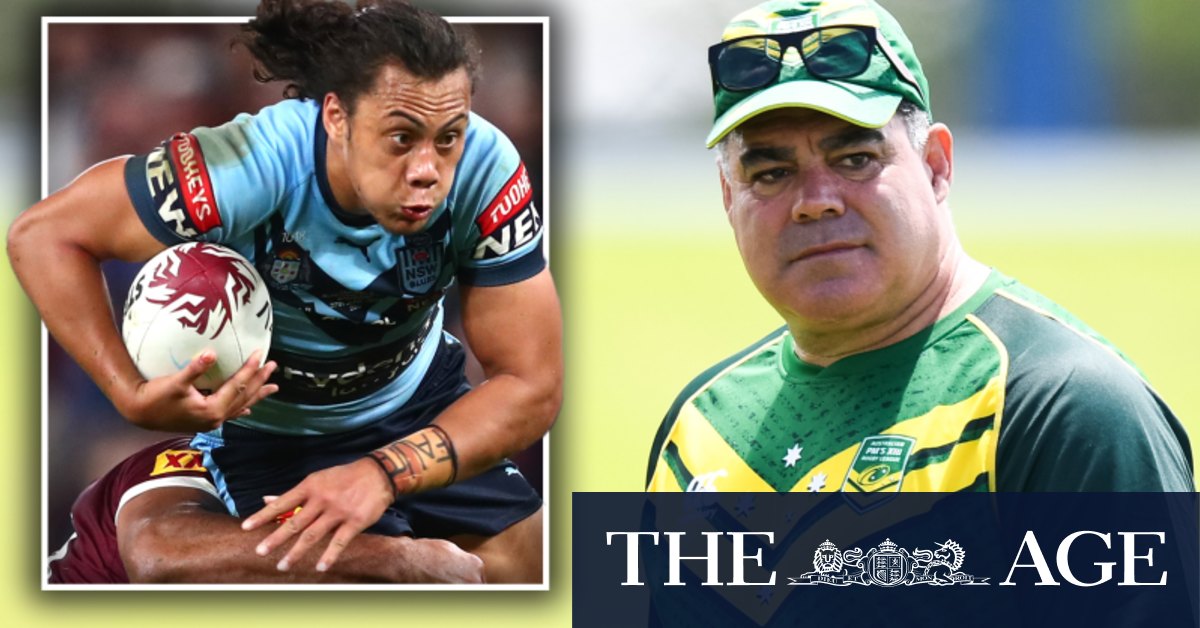 Meninga’s long-term fear is what happens to the strength of the Kangaroos, especially if Australian hopefuls miss out on Origin because of players who later commit to the Pacific nations.

“Josh is now 31 and he’s at the back end of his career, and he’s earned the respect and right to choose who he wants to play for,” Meninga told the Herald.

“But Jarome is at the start of his career and I’d like to think he will make himself available for Australia.

“I’ve made it known in the past if a player can play Origin, they should then make themselves available for Australia.

“I’m keen to speak with Jarome and let him know what my feelings and thoughts are about the international game. I’m also keen to hear his thoughts and reasons for wanting to play for Samoa. I can tell you he’s absolutely in the mix for Australia.”

There are huge doubts about the World Cup being staged at the end of the year in England, but should it go ahead, just seven Queenslanders at this stage would make Meninga’s final 23-man cut. If the World Cup is cancelled, Australia would likely play end-of-season Tests against nations like New Zealand and Tonga.

Cameron Munster, Cherry-Evans, Felise Kaufusi, Jai Arrow, Christian Welch, David Fifita and potentially Kalyn Ponga would be Maroons who would get a look-in for the Kangaroos squad.

Blues star Cleary has all but leapfrogged Cherry-Evans in the halfback race with Cherry-Evans seen as a viable five-eighth option alongside Munster.

Cherry-Evans is a brilliant ball-runner and one of the most experienced and senior players in the game, but has struggled with the extra responsibility in a struggling Maroons side.

Cherry-Evans, Munster and Cleary, provided the shoulder injury he suffered in game two of the Origin series is OK, are all expected to push deep into the NRL finals with Manly, Melbourne and Penrith respectively.