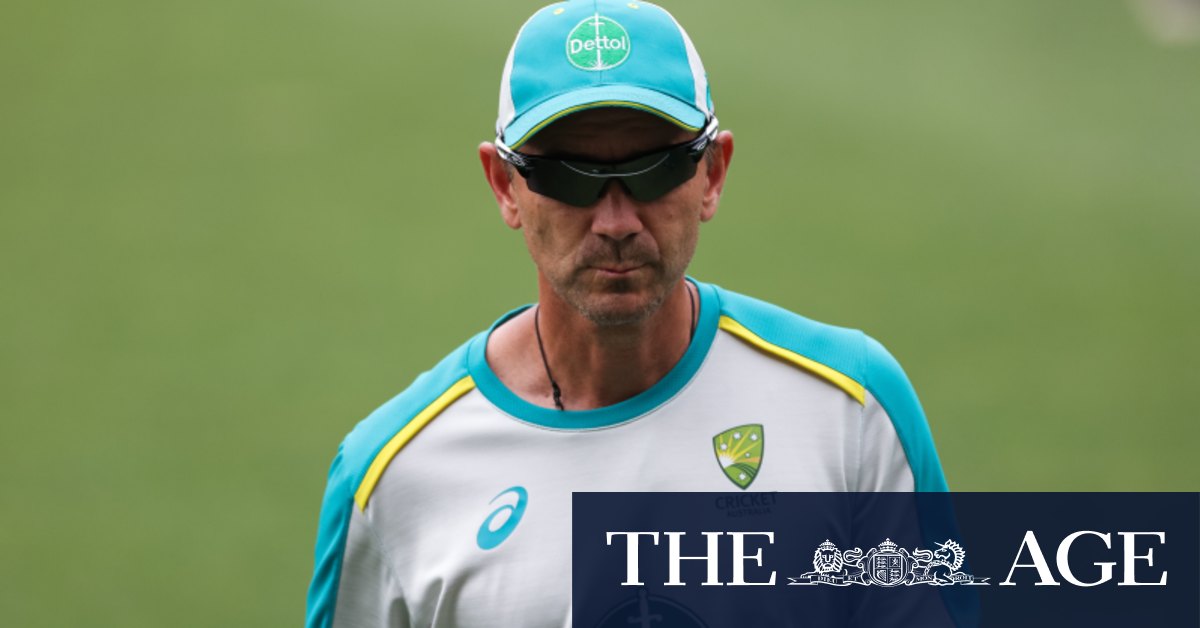 “And I think it shows the quality of the man he is – things that he’s working on and we’re all behind him, 100 per cent.

“The way he’s coached Australia in the last couple of years since taking over has been fantastic.

“We’ve had some really good success as well, so yeah, no doubt it was quite confronting for him at the time but he took it head on and addressed that and it was great. It was very positive from our point of view.”

Langer had said at the end of Australia’s all-conquering 2019-20 summer that the role of head coach had become more to do with “the bigger picture, the cultural stuff” but reports have surfaced over his tendency to micro-manage – a claim he has denied.

Finch said there were a “combination of a few things” which Langer wanted to improve on.

“He could have used his assistants a little bit better and just delegated in that regard,” Finch said.

“There was nothing groundbreaking in it, it was stuff that every player and coach would reflect on themselves. He’s no different, he’s done a fantastic job and the way he confronted that and the way it was received by the players was outstanding.”

The appointments of Di Venuto, who is with the team in the West Indies, and Vaughan will give both Langer and the players extra sounding boards behind the scenes which were lost after the departures of Brad Haddin and Graeme Hick in the past two years. Neither had been replaced.

Paine and Vaughan have an existing player-coach relationship in Tasmania. The captain credited Vaughan for the changes to his batting technique which helped rebuild his career.

Langer’s pledge to change will be put to the test in the coming months, starting with the white-ball tours of the Caribbean and Bangladesh. Players and staff will again be living under tight restrictions in biosecure bubbles, unable to leave the team hotel other than to play and train.

The upcoming games will be Australia’s last internationals before the Twenty20 World Cup in the United Arab Emirates and Oman.

Finch said the team’s planning for the global event in October and November would not be compromised by the Ashes, which start in December.

Steve Smith, David Warner, Pat Cummins and Mitchell Starc could all be unavailable for the Test against Afghanistan leading into the Ashes should Australia make the T20 World Cup final.

“It’s a World Cup, it’s an international event, it’s the one bit of silverware that’s eluded us,” Finch said.

“Anyone that is available and is selected there’ll be no management for Test cricket, I can tell you that much.”

Previous What doctors say about getting an AstraZeneca vaccine if you’re under 40
Next ‘We fear that the worst has happened’: Evidence of violent altercation at home of missing man